As Turkey's newly elected mayors take office, imagery of the outgoing administrations' waste and opulence is fueling an uproar about the ruling party's excesses. 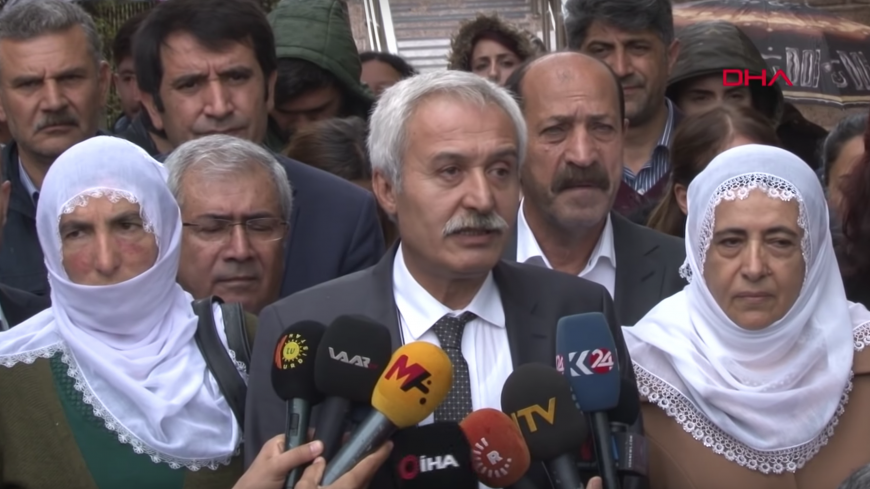 The former doctor who was elected on the left-leaning pro-Kurdish People’s Democratic Party (HDP) ticket with 63% of the vote was referring to the profligacy of his predecessor. Cumali Atilla, a bureaucrat from Ankara, had run the place since November 2016 under orders from the central government.

Atilla and his fellow administrators replaced 95 democratically elected mayors in the predominantly Kurdish southeast region. They were booted out on dubious terrorism charges and many were jailed, part of a wider crackdown on the Kurdish political movement inspired by imprisoned Kurdistan Workers Party leader Abdullah Ocalan.

The perks the administrators showered on themselves have become emblematic of Turkey’s President Recep Tayyip Erdogan and his ruling Justice and Development Party (AKP). The AKP’s tone-deaf displays of opulence in the midst of spiraling inflation and joblessness are seen as one of the main reasons the country’s largest cities, including Istanbul, Ankara and Adana, fell to the opposition in the March 31 municipal elections.

Erdogan’s 1,000-room palace, completed in 2014 on conserved forest land in Ankara at an estimated cost of $650 million, embodied the new exhibitionism.

He and his wife Emine were the guests of honor last week at the wedding of the scions of two of his closest business allies. The Demirorens own a stable of slavishly pro-government titles, and the Kalyoncus have been awarded multi-billion-dollar government construction contracts, many of them in Istanbul. Videos of the lavish affair, with the bride sporting rows of glittering diamonds coiled around her neck in Istanbul's Ciragan Palace, was widely taken as a reminder of why Erdogan and his inner circle don't want to let go of the megapolis trough.

The “let them eat cake” attitude was on full display when an AKP deputy whip suggested this week that families could survive on the minimum wage. “The minimum wage is 2,020 liras [$350]. A glass of tea and a sesame bun costs two liras. For a family of five this adds up to 10 liras per meal and 30 liras per day and what’s the monthly tally, 900 liras.” He went on, “That leaves 1,120 [$193] in their pocket,” triggering a barrage of fury on social media.

Levent Gultekin, a prominent commentator who has disavowed his pro-Islamic roots, said, “The AKP has run out of ideas and failed to deliver on its its pledges to bring democracy, to create sustainable prosperity, and so it uses displays of grandeur to hypnotize its base.”

Gultekin told Al-Monitor, “This is the classic trajectory of most authoritarian regimes and it needs to be noted that to a large extent Erdogan’s base remains loyal. Yet at the same time, we are beginning to hear murmurs of discontent as the economic crisis deepens, with citizens asking, ‘Why is it that I can’t feed my children when they are consuming the finest delicacies on the Bosporus?’ This marks the demise of political Islam in Turkey.”

In the city of Mardin, the HDP’s freshly re-minted mayor Ahmet Turk documented the excesses of the outgoing government trustee who had replaced him in 2016. The municipality has now accrued a debt of 1.26 billion liras ($22 million). In 2016, the city had 95 million liras ($16 million) in its coffers and was 63 million liras ($11 million) in debt. Not only that, Turk said, the outgoing administrators had removed truckloads of items from the mayoral office as it left.

Elsewhere in Diyarbakir’s Kayapinar and Bismil and Sirnak’s Cizre, municipal properties were reportedly taken over by the government, leaving several without town halls.

“The waste, the mismanagement, the usurpation are rampant and indescribable,” said HDP lawmaker Garo Paylan, who is a member of the Parliament’s planning and budget commission. He told Al-Monitor, “We are compiling a report on the financial status of all the municipalities that were wrested from us in order to expose the scale of it and put it on the record. It should be ready in 10 days.”

Today the Supreme Electoral Commission, which has final say over election results, rejected the HDP’s appeal to award mandates to seven of its mayors who were barred from taking office on the grounds that they had been dismissed under emergency decree laws introduced after the failed 2016 coup. The first runners-up, all from the AKP, will fill their seats instead. The move was blasted by the secretary general of the Strasbourg based Council of Europe, of which Turkey is a member. In a letter to the electoral body, Thorbjorn Jagland, pointed out that all of the disbarred mayors had been scrutinized by the Turkish authorities and allowed to run. Therefore, the fact that they were not allowed to take office raised further questions about the rule of law standards in Turkey, Jagland observed.