The Manbij Military Council and Russian commanders have made a verbal agreement over who will defend Manbij when the United States leaves, and Turkey is not part of the equation. 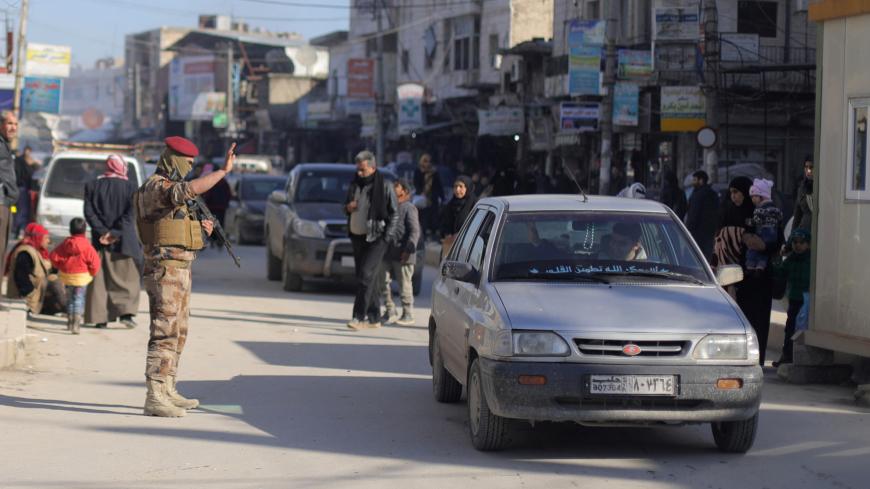 A member of the Manbij Military Council gestures at a car in Manbij, Syria, Dec. 29, 2018. - REUTERS/Rodi Said

MANBIJ, Syria — Russian forces will defend the contested majority-Arab town of Manbij in northern Syria against Turkey if and when US forces withdraw under the terms of a verbal agreement struck two days ago between Russian commanders and the Manbij Military Council, Al-Monitor has learned.

Speaking exclusively to Al-Monitor at the military council’s headquarters in northern Syria on March 11, the body’s co-chair Mohamed Mustafa said, “Russian commanders told us exactly two days ago that the minute the Americans leave they will deploy their forces along the demarcation line [separating Manbij and the Turkish-controlled Euphrates Shield zone]. They said, 'If the US leaves tomorrow, we will take their place.'”

Mustafa, who goes by the nom de guerre Abu Adel, said the switch would be easy because there was only a half a kilometer separating American forces deployed outside Manbij and the Russians who are in Arima together with the Syrian Arab Army. Al-Monitor was able to verify that claim. It took five minutes to drive from the American position to the regime's and Russian bases lying along the same road, all easily identified by their respective flags.

Military council spokesman Sherwan Darwish, who was present at the interview, said, “We prefer the Americans. We want them to stay and we told the Russians there was no question of them coming until the Americans leave.”

The Russian pledge comes amid continued threats from Turkish President Recep Tayyip Erdogan to intervene militarily against the Manbij Military Council over its alliance with the Syrian Kurdish People’s Protection Units (YPG). Turkey wants the military council and its civilian arm to be purged of all YPG elements, saying their continued presence is in violation of US pledges to ensure a full YPG withdrawal as soon as Manbij was wrested from the Islamic State in August 2016. The Manbij administration denies that the YPG and its affiliates continue to exert influence over its affairs.

Sheikh Farouk al-Mashi, the co-chair of the Manbij Legislative Council, told Al-Monitor in a separate interview March 11, “There is no YPG in Manbij. This is a lie. Turkey has been trying to sow [hatred] between our tribes and between Arabs and Kurds, to destabilize Manbij. But they will not succeed.”

Mashi continued, “If they attack us, we will fight back.”

In a bid to de-escalate tensions, the United States agreed in June 2018 on a road map with Ankara that allows Turkish forces to carry out joint patrols with US forces along the demarcation line and to review the profiles of members of both councils to allay Turkey’s concerns regarding the member's degree of closeness to the YPG. Turkey wants access to Manbij itself, and raising the Turkish flag in the town ahead of March 31 nationwide municipal elections would help Erdogan pull nationalist votes. But the Manbij government is viscerally opposed to letting Turkey and its Free Syrian Army (FSA) allies through its doors. “They will bring nothing but chaos; we don’t want them,” Mashi said.

In January, the Manbij leadership submitted the names and background information on all 171 individuals who sit on councils to the United States, who then relayed these to Turkey. Mustafa said Turkey demanded that 67 of them be kicked out over their alleged ties to the YPG. “We were on that list,” Darwish said, pointing to Mustafa. Both are ethnic Kurds. The United States vetoed Turkey’s demands. “They told the Turks, Manbij would simply collapse,” Darwish said.

The Turks came back with a list of 13 names, a mix of Arabs and Kurds, they wanted purged. Darwish and Mustafa were not on this list. But several key figures — including Noufa Soleiman, an Arab, and Qassem Remo, a Kurd, who share the defense portfolio — were. Ten of them have been relieved of their duties, including Soleiman and Remo, but Turkey’s threats to intervene have not abated. During a campaign rally Sunday in the Turkish city of Iskenderun, which is near Syria, Erdogan vowed to clear Turkey’s borders of “all terrorists starting with Manbij.”

Turkey's Syrian rebel allies deployed along the demarcation line continue to fire at US and Manbij Military Council forces. Darwish confirmed that US forces fired back in one such incident last week after the rebels continued firing even after the US forces signaled their presence with a flare. He speculated that the constant harrassment is calculated to wear down US resistance and prompt a US withdrawal from Manbij.

Darwish said Manbij is critical for several reasons. “Whoever holds Manbij, holds Aleppo. It is critical for trade and for military strategy,” he said. “That is why everybody wants to control it.”

Fears of a Turkish invasion grew when President Donald Trump announced in December that US troops would be pulled out of all of Syria within 30 days. Around 300 Syrian regime forces deployed near Manbij in Arima in response to the YPG’s calls to help them stave off a Turkish attack. Trump has since said around 400 US forces would remain in Syria and Mustafa said there were no signs of a US withdrawal from Manbij so far.

But if they did leave, regime forces would “definitely” move in together with the Russians, he said.

Given a choice, all of the Manbij leaders who spoke to Al-Monitor said that they would rather have the Syrian regime come than Turkey, but that the best outcome would be for the Americans to stay. Their views were echoed in Manbij’s bustling souk. Hussam Abdul Latif, a 20-year-old Arab who sells home furnishings, told Al-Monitor, “We are afraid of the regime because we will be forced to do our military service, but it's still better than the Turks and the FSA. If they come, we will leave Manbij.” 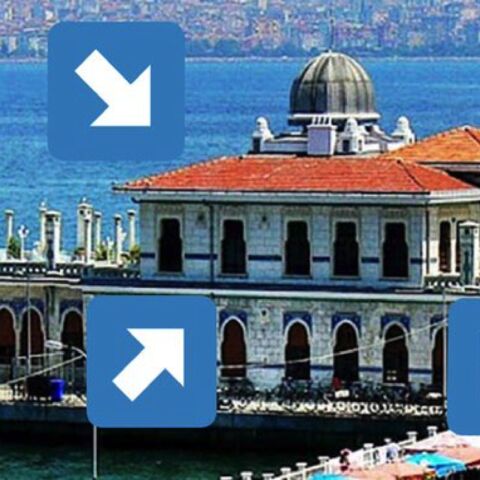