Kurdish politicians urge protesters to spare own lives in Turkey

Five people have reportedly died this month while protesting the imprisonment conditions of the jailed leader of the banned Kurdistan Workers Party. 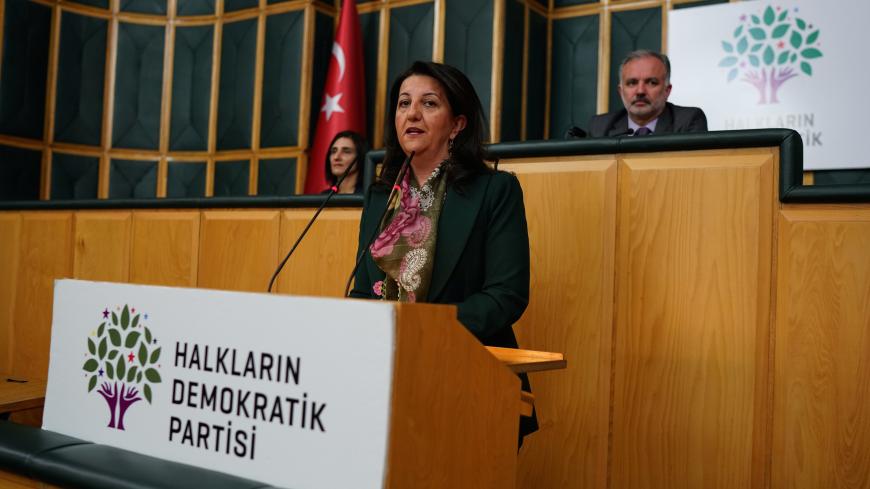 ISTANBUL — Kurdish politicians have called on prisoners to stop taking their own lives after a spate of suicides and an ongoing hunger strike while the Turkish government refuses to meet their demands.

Hundreds or thousands of inmates, depending on the source, are refusing solid food to pressure Turkey to improve imprisonment conditions for Abdullah Ocalan, the 70-year-old founder of the armed Kurdistan Workers Party (PKK) who is serving a life sentence for treason and has not been allowed to meet with lawyers for several years.

Four protesters have killed themselves in Turkish prisons since March 16 and a fifth died of his wounds after setting himself on fire in Germany, the Peoples’ Democratic Party (HDP) said in an emailed statement. None of the suicide victims were on the hunger strike, the HDP said. Three of the Turkish prisoners were women in their 20s.

“We defend life and sustaining life, not death. Regardless of the reason, we do not think it’s right to end one’s own life,” Pervin Buldan, the joint chairwoman of the HDP, said on Tuesday after meeting figures from other pro-Kurdish parties in Diyarbakir, Turkey’s biggest Kurdish city. “We are openly calling on everyone to prevent these kind of acts from continuing.”

Buldan also urged the Turkish government to respond to the prisoners’ demands and allow Ocalan visitation. International human rights law on the treatment of prisoners says friends and family must be allowed to visit prisoners.

The European Union’s foreign affairs chief Federica Mogherini said this month she was monitoring the hunger strike and called on Turkey ensure the protesters’ safety.

In January, authorities allowed Ocalan to see his brother Mehmet, who was also permitted to visit him in September 2016. Both times, Mehmet reported Ocalan was in good health. Aside from Mehmet, Ocalan has had no contact with the outside world since April 2015.

Reviled by most Turks for unleashing violence that has plagued the southeast, Ocalan is considered by some Kurds a hero of a resistance movement and has continued to wield his clout from the island penitentiary where he has been held since 1999. In 2012, he successfully called an end to a 68-day hunger strike by Kurdish prisoners. But he has been isolated after his efforts to negotiate a settlement between the PKK and the government failed.

The PKK, which took up arms against the Turkish state in 1984, is designated a terrorist group by Turkey, the European Union and the United States. More than 40,000 people have died in one of the world’s longest-running and deadliest insurgencies.

The prison protest, which entered its 140th day on Wednesday, is led by Leyla Guven, an HDP lawmaker who started her hunger strike on Nov. 7 and has said she will continue until Ocalan is allowed regular meetings with family members and lawyers.

Guven, 55, is consuming sugar, salt, water and vitamins to prolong her life and was moved to house arrest in January as her health deteriorated. She told Reuters that she was “prepared to face death.”

The HDP says 7,000 people are taking part in the hunger strike, while news reports put the figure far lower at about 250. Three HDP parliamentarians have joined the action, as have supporters in France, Canada, Britain and Iraqi Kurdistan, according to the HDP.

Guven was jailed in January 2018 and faces up to 31 years in prison on charges stemming from social media posts critical of the Turkish military’s incursion into the Syrian province of Afrin to wrest control of the area bordering Turkey from US-allied Syrian Kurdish militia the People’s Protection Units (YPG), which is linked to the PKK.

Another 10 HDP lawmakers are in prison on terrorism-related charges, including the party’s former chairman Selahattin Demirtas, part of a broader crackdown that has jailed thousands of HDP activists in the wake of the failed peace talks.

The government tapped Demirtas, Buldan and other HDP parliamentarians in 2013 to hammer out a cease-fire with Ocalan and PKK fighters based in the mountains of northern Iraq. The end of that process in 2015 unleashed the worst violence in two decades, killing nearly 3,000 people before relative calm was restored in 2017.

Turkish President Recep Tayyip Erdogan, who is campaigning for his party in a March 31 municipal election, now equates the HDP with the PKK. The HDP, parliament’s second-biggest opposition party, denies it has direct links with the militants and has called on the PKK to abandon violence and the government to negotiate a resolution to the conflict.

The HDP has said it will back other opposition candidates in major Western cities to thwart the ruling party, and its base has the potential to swing the vote in cities like Istanbul, home to about 1.5 million Kurdish voters. Erdogan warned this week he could dismiss as many as 300 city council members upon election for their suspected links to the PKK. He sacked almost all of the HDP’s 102 mayors elected in the predominantly Kurdish southeast in the last local election in 2014.

This week, pro-government news outlets published the names, photographs and personal information of candidates accused of such ties. Yildaray Ogur, a columnist at the conservative Karar newspaper, said the list appeared to be culled from intelligence archives, some dating back a half-century, and pointed out all of the candidates had already passed background checks required to run in the election.

On Wednesday, Erdogan accused the HDP of manipulating Kurdish voters and sowing division by campaigning only in southeastern Turkey’s Kurdish areas. “Who are you to tell my Kurdish brothers that you [control] their will? Have you mortgaged them? Let’s give them an Ottoman slap on Sunday,” he told a campaign rally in the northwest town of Duzce.

“If you love Kurdistan so much, there’s a Kurdistan in northern Iraq. Get out, do whatever you want there. But you will not divide this nation,” he said.

In a separate development, the state-run Anadolu Agency reported on Wednesday that an airstrike in northern Iraq last week “neutralized” senior rebel leader Riza Altun and three other militants. CNN Turk reported that Altun, whom it described as the PKK’s “so-called foreign minister,” was seriously wounded in the strike carried out by an unmanned aerial vehicle acting on Turkish intelligence.