The alarming decline in Turkey’s agriculture, the core reason behind soaring food prices, is having a spillover effect on agro-industries, especially the food and beverage sector as well as other industries that manufacture inputs for the agricultural sector. 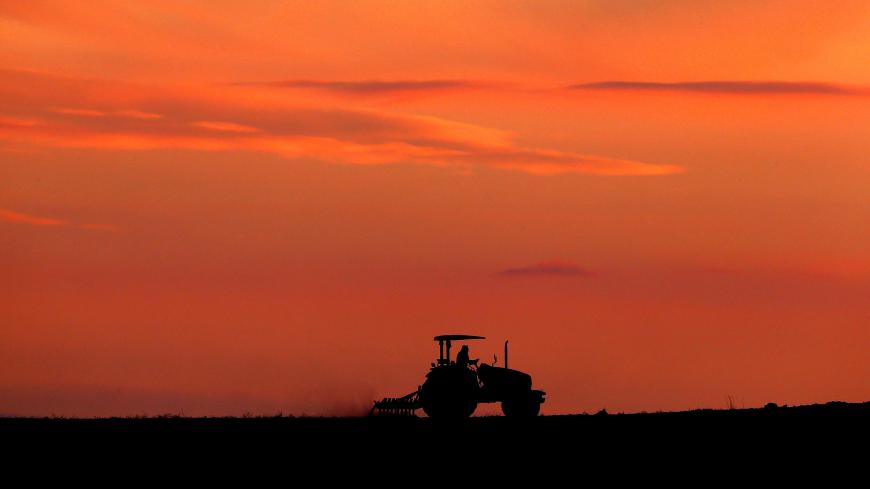 Turkey’s skyrocketing food inflation is expected to be a major factor swaying the vote in the March 31 local elections, threatening blows to the ruling Justice and Development Party (AKP). Scrambling to soothe popular indignation over soaring prices, the government has tried out a series of palliative measures, the latest of which was the launch of subsidized vegetable sales at tents and mobile stalls in Istanbul and Ankara, the country’s two biggest cities. The cheap sales are meant to obscure the core reason of food inflation, which is the decline in agricultural output, while putting the blame on and demonizing middlemen. The election results are likely to show how successful this tactic has been.

According to the Turkish Statistical Institute (TUIK), consumer inflation rose 1.1% in January from the previous month and 20.4% on a 12-month basis. The government had hoped to slow inflation via various tax cuts, but got an unpleasant surprise from weather conditions. Heavy rains, floods, whirlwinds and storms hit greenhouses in production hubs such as Antalya, Mersin, Izmir and Mugla, causing a big shortage on the market. As a result, vegetable and fruit prices rose 30% in January and 64% on a 12-month basis, while the overall food inflation was 6.4% for the month.

No doubt, the adverse climate conditions in January cannot explain away the food inflation. Myriad problems have accumulated and ossified in the agricultural and stockbreeding sectors for years, including mounting input costs, inadequate government support and organizational flaws in the supply chain that carries the products to consumers. Without a lasting solution to those problems, food inflation is unlikely to normalize.

The decline in agricultural output has hit also the agro-industries, especially the food and beverage sector that relies on vegetative and animal products. Another spillover effect is seen in industries supplying inputs to agriculture such as fodder, fertilizer, pesticide and tractor manufacturers.

The sharp uptick in food inflation, meanwhile, is putting wage-cost pressure on enterprises in the services and industry sectors as some 19 million wage earners nourish pay-hike expectations in the face of mounting food prices and the erosion in their purchasing power.

The industrial output index points to significant production drops in the food industry and other agro-industries in the fourth quarter of 2018, which saw sharp declines in agricultural outputs. According to TUIK data, the food industry shrank 6.7% in that period, while the beverage output made no headway. Another related sector — the textile industry — contracted 5.6%, with apparel and leather production down 2.3% and 7.3%, respectively.

The food and beverage industry has the largest share in Turkey’s manufacturing industry in terms of production value, which stood at 15% in 2017. It represented also 13% of employment, 12% of enterprises and 11% of the total added value. Small and medium enterprises dominate the industry, which is focused on domestic consumption. Food and beverages account for about 20% of the consumption expenditures of Turkish households, second only to housing.

The food sector, along with agriculture, is one of the few areas in which Turkey has a claim at being a net exporter. In the 2010-2017 period, exports of vegetative and animal products and food and beverages accounted for 10.4% of Turkey’s total exports, while imports in the same category represented 4.7% of total imports.

Marked by a high level of indebtedness, the food and beverage industry has begun to struggle with loan repayments under the impact of Turkey’s currency turmoil, increased interest rates and the uptick in oil prices. According to the Risk Center of Turkey’s Banks Association, loans issued to the food and beverage industry account for 4% of the total and 6% of those loans are under default risk. The agricultural sector, meanwhile, has a 5% share in the total loans and 4.5% of them are considered as risky. Of note, repayment risks in both sectors are higher than the overall rate of non-performing loans, which stood at 4.4% at the end of 2018.

The currency crisis in the second half of 2018 has had a highly adverse impact on the agricultural sector, among others. Farmers have come to struggle in buying basic industrial inputs such as fertilizers, pesticides and diesel, not to mention tractors. The Turkish Association of Agricultural Machinery and Equipment Manufacturers has reported sharp declines in the production and sale of tractors. In a striking sign of how the collapse of farmers is bearing on the industry, tractor sales dropped 54% last year.

The yearslong negligence vis-a-vis the agricultural sector is the product of an irrational approach that focused on and promoted construction rather than agriculture and industry. This eclipse of reason is behind the unruly price increases that have now forced the AKP government to take the desperate step of subsidized vegetable sales, which means a prodigal spending of budget resources.

The way out is to attract frustrated farmers back into production, which is also the prerequisite of rejuvenating agro-industries. The many setbacks in the producer-consumer chain should be addressed as a whole to produce lasting solutions to chronic problems. Chief among them are the high input prices, the farmers’ loss of appetite for production and the flaws in the supply chain that swell the prices of products until they reach the consumer. Other important issues that need to be addressed include produce losses, disasters related to climate change, the harm caused by destructive imports and the inadequacy of producer cooperatives.

Drawing up a comprehensive agriculture policy that covers all those issues and its resolute implementation on the ground are the prerequisites of bringing agriculture and related sub-industries back to their feet.