Tunisian President Beji Caid Essebsi has lost his legal case against a citizen, a decision being hailed as a first for civil rights progress there. 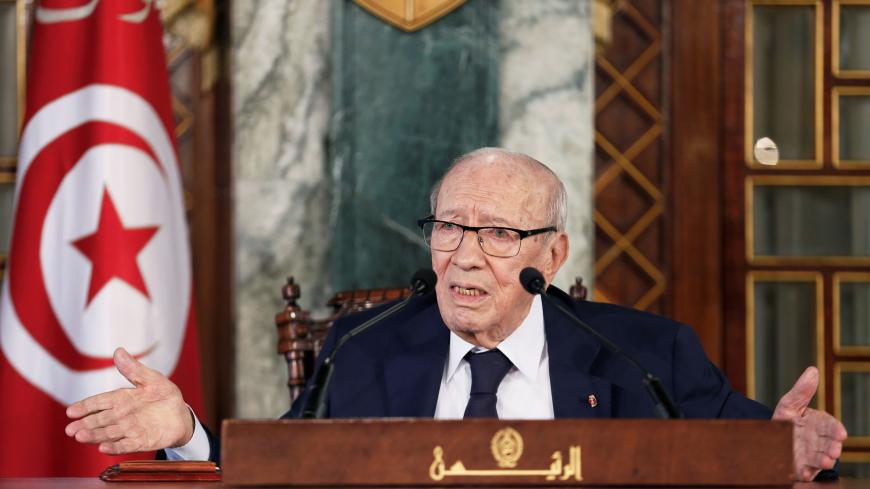 TUNIS, Tunisia — A Tunisian court set a major precedent recently by ruling against the country's president in a lawsuit he had filed claiming an activist's comments threatened and offended him.

Many legislators and activists alike are praising the outcome. An Arabic hashtag meaning “Tunisia is better after the revolution” has cropped up on social media eight years after the Jasmine Revolution, which marked the beginning of the Arab Spring and toppled dictator Zine El Abidine Ben Ali. For many Tunisians, the situation today is much brighter in many areas such as security, politics, freedom of expression and democracy.

One major indicator of this newfound freedom came Jan. 25, when the Tunisian Court of Appeals dismissed a 4-year-old case filed by President Beji Caid Essebsi against Tunisian activist Imed Omda Dghij, and ordered Essebsi to pay the legal expenses.

This ruling has set a precedent in the Arab world and Africa.

In a November 2014 Facebook post, just before the presidential election, Dghij warned of a "bloodbath" if Essebi were successful in his bid for president — which he ultimately was. On Nov. 18, Essebsi lodged a complaint against Dghij before the Court of First Instance in the capital Tunis. Essebsi claimed he felt personally threatened and offended by the post and the ensuing social media comments against him.

In April 2017, Dghij was convicted and received a suspended sentence of three months in prison, but he appealed and recently obtained the acquittal.

Dghij posted Jan. 25 on Facebook that a final ruling had been issued, quashing the judgment of the Court of First Instance. However, he then was summoned to attend a hearing Jan. 29, after the public prosecutor referred the case to the Court of Cassation supposedly to preserve the right of the accused. Dghij was acquitted once again.

Al-Monitor spoke to Dghij, who said his controversial post in 2014 was not a threat against Essebsi. "I am very happy with the acquittal ruling. I felt justice was done when Essebsi lost the case,” he said. Dghij confirmed that the judiciary in Tunisia after the revolution has become independent and is no longer influenced by the ruling political power.

The acquittal stirred a wave of comments and posts on social media.

Blogger Halima Maalej posted the hashtag “After the revolution, Tunisia is better” on Facebook, commenting on Dghij's acquittal. Maalej has more than 23,000 followers.

In turn, social media activist Khaled Jerbi also posted: “The president sues Imed Dghij and loses the case. … This is justice." Several other activists commented on his post, lauding the courageous step by the Tunisian judiciary.

Meanwhile, activist Amine Chabchoub wondered in a Facebook post: “Is there anything more beautiful than freedom, democracy, and fair and free justice?” She went on, “After the revolution [Tunisia] is better, even if the price of bread has doubled.” Her followers described the latest judicial ruling as a lesson in democracy never experienced by Tunisia before.

Lassad Bouazizi, a former political prisoner during the Ben Ali era, praised God and the revolution for Dghij’s acquittal. In a Facebook post, he recalled the practices of the former regime, when the judiciary would not have dared to issue a similar ruling.

Manji al-Harbawi, a parliament member representing the Nidaa Tounes party, told Al-Monitor that Essebsi losing a case against a citizen sends a strong message to Tunisians and to the international community that the Jasmine Revolution has indeed brought democracy.

“Nidaa Tounes, the ruling party, has not interfered in the judicial process," he said. "We believe in the independence and supremacy of the judiciary.”

For his part, Emad al-Daimi, secretary-general of al-Irada party, praised Dghij’s acquittal. “This is a precedent. This is the first time a citizen has won a lawsuit filed against him by a president. No one is above the law,” he told Al-Monitor.

“This is a scene that was not seen before in any Arab country. It is a judicial victory and precedent,” said Abdeljabbar Maddouri, a leader of the Workers Party, part of the Popular Front. He told Al-Monitor that the judiciary had long been exploited by Ben Ali’s regime against its political opponents.

Though he lost the case, Essebsi — who commands the armed forces — can claim a victory of sorts in that the ruling demonstrates he is principled, according to Ennahda movement leader Lotfi Zitoun.

“This shows that Essebsi has not misused his position to influence the judiciary," Zitoun told Al-Monitor. "This is a victory for the judicial authority, which is gradually making its way toward its independence. This is an accomplishment for Tunisian youths who were behind the revolution and gave Tunisia freedom, in the hope of guiding it toward dignity.”

Essebsi, however, faces a lawsuit alleging abuse of power for pardoning his party's political adviser.

Speaking about the Dghij acquittal, Wissam Saghir, a Republican Party leader, told Al-Monitor, “Regardless of who the plaintiff and the defendant are, what's important is that Tunisians are living in an environment of freedom where all people are equal before the law.”

Human Rights Watch reported Jan. 25 that “at least nine bloggers have faced criminal charges since 2017 for comments on social media platforms criticizing high public officials, accusing them of corruption or allegedly insulting them.” These nine bloggers are now expected to fight their battle with the courts.

Dghij was a member of the National League for the Protection of the Revolution, established in the wake of the 2011 revolution, allegedly to protect government institutions and facilities amid the prevailing chaos. The league was dissolved in May 2014 by the Court of First Instance. The league was accused of stirring and inciting violence and strife and of violating laws on establishing organizations