Israeli left-wing parties to unite or to sink

By running on one ticket, the Labor and Meretz parties could guarantee their political survival and even constitute a significant political force. 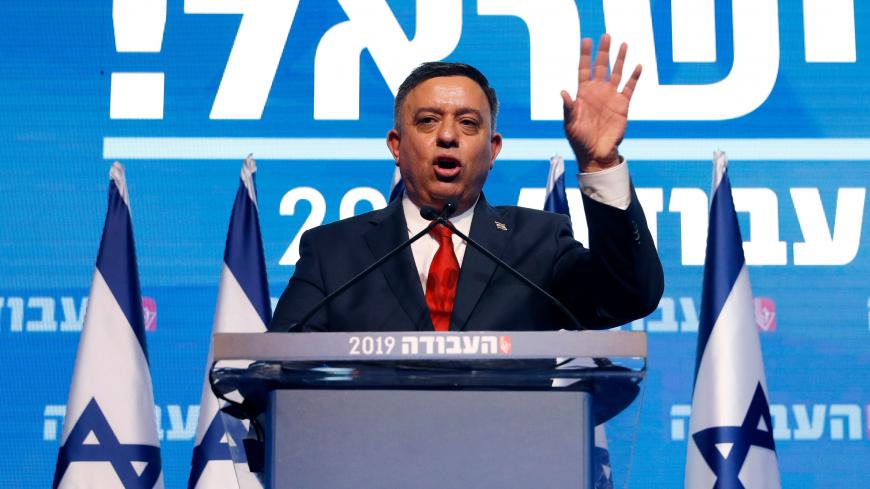 This system of proportional representation is a gift that keeps on giving. It enables Israeli voters to be represented more accurately than the vast majority of democracies around the globe. A situation in which one candidate receives nearly 3 million more votes than the other, and yet the opponent still goes on to become president of the United States, would be impossible in Israel. Furthermore, in the election for the most important job in the world, there is no reason to “waste time” courting voters in many of the biggest states, because these states are already red (Republican) or blue (Democratic). The only states that really interest the US presidential candidates are the ones that don’t follow a traditional, predictable voting pattern. This is not the situation in Israel.

The problem in Israel, however, is that proportional representation has resulted in a multiplicity of parties. That is why a voter threshold system was created: to avoid an inflated number of parties. In this system, votes for parties that failed to pass the threshold are split up among the other parties, based on their size. The minimum voter threshold has risen in Israel over the years, with it standing at 3.25% in the last election. While this is still far from the German or Turkish thresholds (5% and 10% respectively), it still reduces the number of parties serving in the Knesset, so that there are now no parties with fewer than four representatives in the 120-seat Knesset.

The Israeli political system has been confronted for many years with a situation where the goal of the Likud is to form a governing coalition with at least 61 seats (as in 2015). In contrast, the center-left camp generally strives, at a first stage, to form a coalition of 61 legislators to block the right from reaching the majority needed to form the next government.

The right has a much easier time in forming a governing coalition in Israel. The center-left has difficulties in forming such a coalition from a blocking majority because some parties will not join the group that would govern; the group's parties are supposed to recommend to Israel's president that one of group's leaders be tasked with the mission of forming a government. The Arab parties in general won’t recommend a leader of a Zionist party, as they will not join a government headed by a Zionist platform. As a result, the center-left acts in two phases. It first focuses on establishing a blocking majority. This bloc would typically include the Arab parties, which avoid joining any government, not least because they have never been asked. As a result of this, once the liberal (center-left) camp is certain that it can block the right from forming a coalition, it tries to create a government of its own by including religious or right-wing groups ready to enter a coalition led by the center-left.

Because of the rising voter threshold, parties not only try to increase their own strength but also often try to protect the smaller parties in their camp from falling below the vote threshold so that the camp as a whole does not lose seats. That is why Prime Minister Benjamin Netanyahu is so interested in some kind of consolidation involving right-wing HaBayit HaYehudi and the (radical right) followers of the late Rabbi Meir Kahane. Now that Naftali Bennett and Ayelet Shaked have left HaBayit HaYehudi to form their own New Right party, HaBayit HaYehudi could well fail to pass the voter threshold.

And yet, for some reason, it is hard to point to some parallel effort on the left intended to prevent some party or other from vanishing, even though the risk exists there, too. Polls show that Meretz under Tamar Zandberg would win four to five seats; this is close enough to the edge that it could well fail to pass the voter threshold. Meanwhile, polls give the Labor Party no more than six seats, meaning it also is at risk of disappearing. A solution to their guaranteed survival lies in the two parties running together as a single group until they decide to go their separate ways again.

Labor and Meretz are sister parties, even though virtually all Labor Party leaders have avoided getting too close to Meretz so as not to be “accused” of being leftists. Labor Party chair Avi Gabbay is no different from his predecessors. Similarly concerned about being considered too far to the left, he prefers to join forces with the center. Yet just as Gabbay is reluctant to join forces with Meretz, the leaders of the centrist parties are wary of integrating the Labor Party into their ranks. Meanwhile, Labor is steadily shrinking in the polls.

This author has been calling for a joint Labor-Meretz framework since the 1990s, after the United Workers Party (Mapam) broke away from the Labor Party, following the decision by Shimon Peres to form a national unity government in 1984. The joint Labor-Mapam framework was never reinstituted. I raised the need for this as a member of the Labor Party leadership and again in 2003, when I switched parties to Meretz and was elected party chair. A consolidation of this sort could increase the parties’ strength. After the 2015 election, for example, it would have allowed both movements to form a group with 29 Knesset members and be a significant force when dealing with the Likud and its 30 seats. Now, however, such a merger would be a “lifesaver,” not only for the two parties but for the entire center-left camp. Without Meretz or Labor, there will be no way to form a coalition of parties that could block the Likud after the April 9 election.

And a merger makes sense in other ways. After all, both parties openly support a two-state solution to the Palestinian-Israeli conflict. They are both secular, and they both want to repeal the extreme nationalist legislation that Netanyahu and his cohorts adopted so cynically. “Invigorating Rabin” (from the same root as Meretz), the Meretz party election slogan in 1992, sums up the whole story. Meretz is less diplomatic and clearer in its messaging, while the Labor Party, no matter how weak, considers itself to be a potential ruling party, meaning that it shows greater willingness for ideological compromise. It is in the Labor Party’s DNA to head a coalition, or at least to be part of one, while Meretz is typically an opposition party. Nevertheless, their worldviews are very similar. Many members of the Knesset for the Labor Party would have no problem seeing themselves as Knesset members for Meretz.

There are those who describe the Labor Party as a materialistic party, which focuses on issues pertaining to the here and now, while Meretz is seen as a post-materialistic party, which focuses on longer-term issues (such as global warming, the environment, etc.) and human rights, not only in Israel but around the world. Even if this distinction is artificial and too sharp, it does indicate the overall nature of the differences between the two parties. These differences could cause tension, if and when some joint framework is created. On the other hand, it could also contribute to greater cooperation and a division of labor between those party members who deal with the challenges of the present and those who confront the challenges of tomorrow. This would not be some cynical or technical merger. Rather, it would be a family reunion.