Iraqi envoy calls on US to reopen Basra consulate

At an exclusive Al-Monitor event, Iraq’s ambassador to the United States urged the Donald Trump administration to reopen its consulate in Basra, which the State Department closed last year amid rocket attacks from Iran-backed militias. 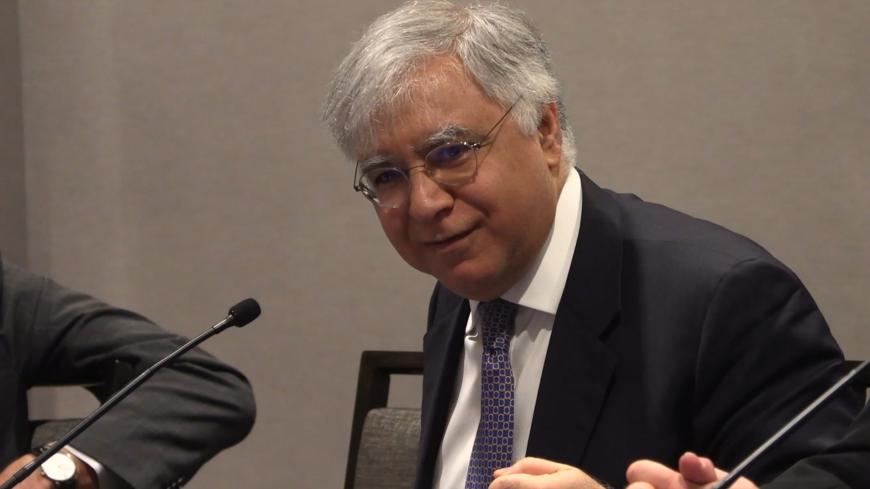 Iraq’s envoy to Washington urged the Donald Trump administration today to reopen the US Consulate in the southern city of Basra, which was shuttered after Iran-backed militias attacked the facility.

“If you can relay that message to anyone in the State Department: Please send your consul back to Basra,” Fareed Yasseen said at an exclusive Al-Monitor breakfast in Washington.

The State Department described the closure as “temporary” when it relocated US diplomatic staff in September, but has shown no indication it plans to reopen it. The United States has blamed Iranian-backed militias controlled by Quds Force leader Qasem Soleimani for the attack.

“Iran should understand that the United States will respond promptly and appropriately to any such attacks,” Secretary of State Mike Pompeo said at the time.

The consulate’s closure has also sparked concerns on Capitol Hill that the United States is losing insight and influence in a vital region as a result. Shiite-majority Basra and the surrounding area have been rocked by protests over electricity shortages.

In his remarks today, Yasseen repeatedly called on US policymakers to refrain from actions that could pit Iraq against its neighbor Iran, saying such moves are bound to backfire. He described Iraq’s “ideal policy” as one of “proactive neutrality.”

“If I were to summarize Iraq’s foreign policy in the region it follows the Swiss model,” Yasseen said, comparing Switzerland’s mixed demography of Catholics and Protestants during Europe’s religious wars 400 years ago to Iraq’s sectarian map today. “If we were to side with any one country against another in the various countries and conflicts of the region, we would face tensions that could, you know, break us apart.”

The United States has demanded that Iraq curtail its gas imports from Iran, which are crucial for Iraq’s electricity needs. The Trump administration is expected to issue a decision next month on whether to extend Iraq’s exemption from US sanctions on energy imports from Iran.

Yasseen said there was “real intent” to substitute Iranian gas imports because Iraq currently flares more gas than it imports, a wasteful practice both economically and environmentally. That process, he said, would take “a year or two.”