Intel: Why plans to send 10,000 fighters to the Turkey-Syria border are seen as a ‘game’ 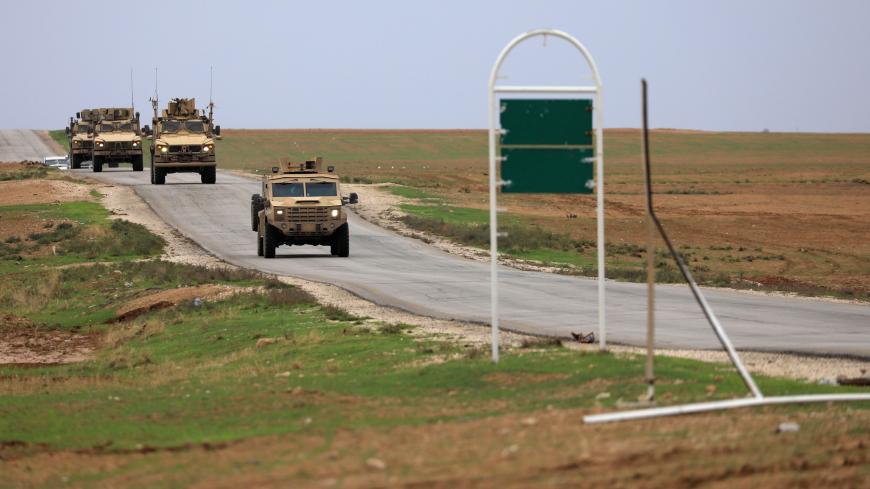 As Turkey and the Syrian Kurds lobby the Donald Trump administration on rival visions of a safe zone in northern Syria, a new proposal to deploy 10,000 Arab and Kurdish fighters to man it has prompted fresh speculation that a deal may be on the table.

Saudi Arabia’s Asharq al-Awsat newspaper reported today that US, Turkish and Iraqi Kurdish officials “welcomed” a plan from Syrian opposition leader Ahmad Jarba, a Sunni Arab tribal leader, to deploy between 8,000 and 12,000 fighters near the border. They would be drawn from his “elite forces” as well as Iraqi and Syrian Kurdish peshmerga fighters allied with Iraqi Kurdish leader Massoud Barzani.

This constellation would ostensibly replace the Syrian Kurdish People’s Protection Units (YPG), the United States’ main ally in the fight against the Islamic State (IS) in northern Syria. Turkey has been nagging Washington to scotch the alliance because of the YPG’s links to Kurdish rebels fighting the Turkish army who are formally designated as terrorists by both Ankara and Washington.

Why it matters: President Trump’s decision to withdraw the more than 2,000 US troops deployed in YPG-dominated areas has triggered a race between Turkey and the Syrian Kurds to milk as much out of Washington as they can. For Turkey, the priority is that the YPG be disarmed and tossed aside. The Kurds for their part insist that Turkey not be permitted to invade more of their territory, as it keeps threatening to.

The Saudi report quoting western diplomatic sources comes a day before foreign ministers of the 79-member global coalition against IS gathers in Washington for their periodic huddle. The leak appears calculated to encourage the notion that Trump’s Syria team is succeeding in striking an arrangement that would check Iran’s influence, isolate Syrian President Bashar al-Assad and keep the Turks and the Kurds out of Russia’s orbit.

Nicholas Heras, a fellow at the Center for a New American Security, told Al-Monitor, “the Americans are working on ways to stay in Syria that don’t require US soldiers.” Heras said Jarba, who handed over 500 of his men to the YPG-led Syrian Democratic Forces (SDF), “is the lowest common denominator leader [because] the Americans, the Turks, the SDF and the Gulf Arabs can all tolerate him.”

Pie in the sky: But well-informed sources speaking to Al-Monitor on condition of anonymity contested that view, calling Jarba’s maneuvers “all a game.” With Trump determined to pull out of Syria, Turkey is playing for time with its purported safe zone schemes so as to get Washington to discourage the SDF from negotiating with the Assad regime. If deals need to be cut with Damascus, Turkey wants to get there before the Kurds.

Turkish President Recep Tayyip Erdogan’s admission on Sunday that low-level contacts were already taking place with Damascus chimes with this strategy. Well-informed sources told Al-Monitor that detente with Damascus figure prominently in Erdogan’s weekend meeting in Istanbul with Jordan’s King Abdullah II, who has been quietly rekindling ties with the Assad regime.

What’s next: Erdogan’s fresh gripes today about the lack of progress on the so-called Manbij road map to purge pro-YPG figures from the mainly Arab town’s military and civilian affairs is further evidence of the continued differences between Ankara and Washington over Syria. If the two countries can’t implement a road map for a single town agreed on in June, it’s hard to imagine how they can see eye-to-eye on broader security arrangements for territory three times the size of Lebanon. Turkey’s battles with Syria’s Kurds are shifting from Washington to Damascus, with Russia and Iran among the principal power brokers.

Know more: Read Jack Detsch’s report on Syrian Kurdish lobbying efforts in Washington and Jano Shaker’s interview with a Syrian Kurdish leader who describes what the Kurds can expect from their contacts with Moscow and the Syrian regime.