Turkey's 'horse whisperer' races ahead at the box office

A cinematic homage about the record-breaking racehorse Bold Pilot and his jockey is filling Turkish theaters and bringing audiences to tears. 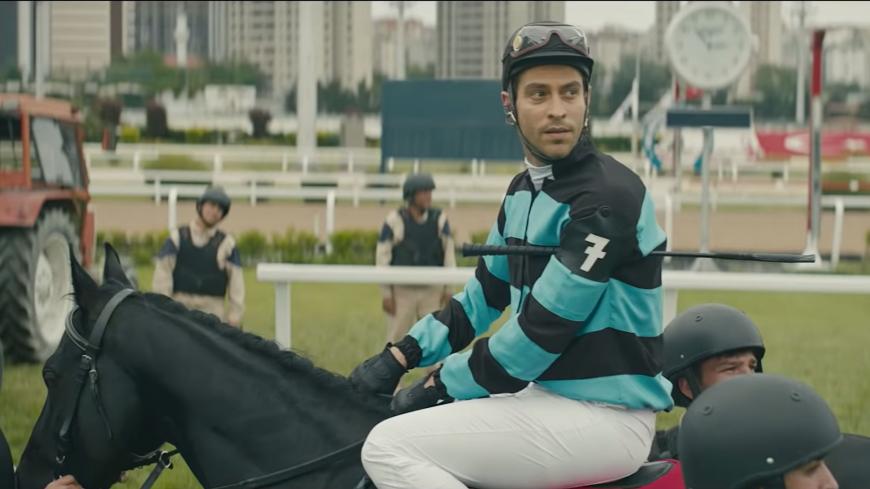 "Our Champion," directed by Ahmet Katiksiz, tells the story of Bold Pilot, a racehorse beloved by the Turks, and the jockey who rode him, Halis Karatas, played by Ekin Koc, shown here in a still from the trailer. - YouTube/Med Yapım 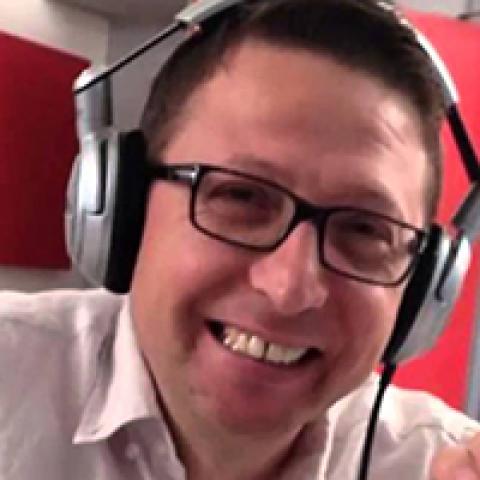 “A horse, a gun and a woman,” a Turkish proverb proclaims, are the three things a man needs.

Horses have an exceptional place in the Turk's culture and heritage, stemming from their nomadic, Central Asian ancestors, who spent a good part of their lives on horseback, including sleeping in the saddle. The ancient sport of jereed (javelin) — throwing long poles while on horseback — remained the ultimate test for demonstrating agility, courage and sportsmanship for centuries in the Ottoman Empire.

For modern Turks, however, the love of horses has moved to the racetrack. The Turkish Jockey Club estimates that there are some 4,000 licensed horse riders in Turkey, 6,000 horse owners and 700 jockeys. Horse racing is a $24 million industry, according to club chairman Yasin Kadri Ekinci.

The Turks love of a good horse race has recently been brought to the silver screen in a biopic about the record-breaking Bold Pilot. “Our Champion” (Bizim icin Sampiyon) premiered Dec. 7 and as of Jan. 7 had been seen by 1.6 million people. Lead at the box office the first week in January.

Directed by Ahmet Katiksiz, the film revolves around the career of Bold Pilot, a thoroughbred born in 1993, and the rags-to-riches story of the jockey Halis Karatas. The journalist Volkan Ates wrote in the newspaper Birgun, “It is a love triangle – between Bold Pilot, Karatas and the daughter of the horse’s owner, Begum Atman.”

Karatas, played by the heartthrob Ekin Koc, is an ambitious young man from the poor central Anatolian city of Sivas. After getting a job at a stable, he manages to tame and develop a special relationship with a horse. The animal hates rainy weather and attempts to control him, but eventually Karatas is the only person Bold Pilot will allow to mount him.

“This guy is Turkey’s own horse whisperer,” wrote the film critic Atila Dorsay for T24, revealing that he had left the movie in tears. “We've never had a horse whisperer-type movie before. Yet, they have done a surprisingly good job re-creating this horse known and loved by Turks.”

Making the movie, however, was apparently not so easy. “We had no experience in making a film about a racehorse,” explained Katiksiz. “We bought thirty racehorses for the film. Their training alone took four months.”

A cancer diagnosis for Begum, played by Farah Zeynep Abdullah, introduces an element of tragedy, but for the most part, the film is optimistic and upbeat. Particularly moving is the scene where Karatas, in a televised interview, says that a champion needs to keep running, no matter what, and hope for the best. Begum, too ill to make it to the track, watches him from home.

The film also focuses on the racetrack. It of course includes Bold Pilot's moment of victory in 1996, when he won the Gazi Derby, Turkey’s most prestigious horse race, in a record 2.26.22. The record, which still stands, made “Boldie” a racetrack legend and a betting favorite for the next few years.

The real Halis Karatas, in a November interview with Hurriyet shortly before the movie debuted, said, “[Boldie] had incredible character. When he was taken to the racetracks, he would hate it if there was any noise — including applause — as he approached the start line. His fans would try to stop any noise, so he would not get nervous. Even those who had nothing to do with horse racing had heard the name Bold Pilot. He was the star of the show, a true diva.”

Bold Pilot built an impressive winning streak, but in 1998, an accident affecting his hind leg ended his racing career. Fifteen years later, the champion made an appearance at the Veliefendi Hippodrome for one last symbolic run.

Karatas told Hurriyet, “This was the first, and possibly the last, celebratory farewell for a horse. When we arrived at the racetrack, thousands of people gave it a standing ovation, and Boldie was aware of everything.”

Bold Pilot died two years later, in 2015, and was buried at the Atman-Karatas Horse Farm in the Kaynarca district of Sakarya, east of Istanbul, where Karatas still visits.

Adem Gunduz, president of the Animal Protection, Survival and Rehabilitation Association, told Al-Monitor, “Turks love animals and films about animals. In the past, films and series about Lassie, the dog, or Flipper, the dolphin, were very popular. Most of the Turkish people love animals and also like animal-themed movies.”

Gunduz added, “For us, it is very nice that the film about Boldie was a success, as it demonstrates the love people had for that horse. I hope it tops the office box.” 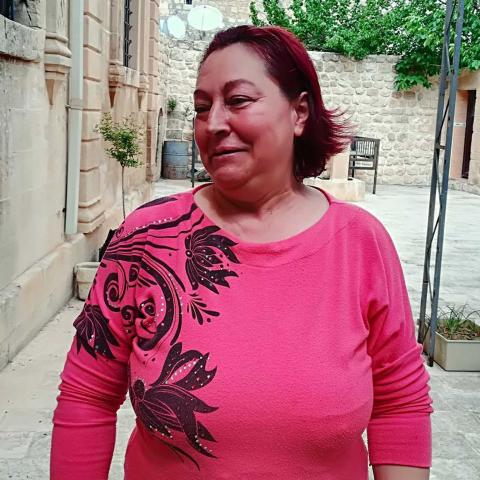