In an ambitious bid to tackle water-sharing tensions with Iraq, a special envoy appointed by the Turkish president plans to travel soon to Baghdad to present a road map of cooperation. 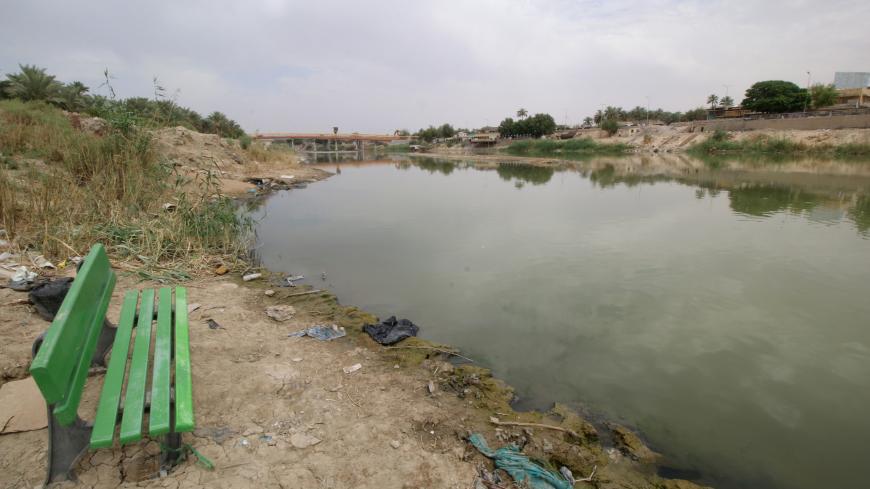 Turkey has launched an effort to help resolve the water problem of neighboring Iraq amid bilateral tensions over decreasing flow rates in the Tigris and Euphrates rivers, whose waters the two countries share.

President Recep Tayyip Erdogan has appointed a special envoy to Iraq. Veysel Eroglu is a former forestry and water affairs minister who has been in Erdogan’s close entourage since the 1990s, when the president was mayor of Istanbul. Much in the style of a “water czar,” Eroglu has formed a special team of experts from various ministries and began work on an action plan for better water management in Iraq. Though Baghdad’s initial reaction has been positive, Turkey’s prospective road map might fail to satisfy Iraqi expectations, given the two sides’ diverging views on the causes of water shortages and how the problem should be resolved.

Last year, amid the worsening impact of drought in Iraq, Turkey began filling its newly built Ilisu Dam on the Tigris River, fueling concern over water shortages in its neighbor. Although the two governments had reached an agreement on the issue beforehand, Turkey had to delay the filling operation twice.

Increased water usage and decreasing rainfall have exacerbated shortages in regions that rely on the Tigris and the Euphrates for water. About 80% to 88% of the waters of the Euphrates have their sources in Turkey, where the river begins and then flows southeast across Syria and through Iraq. The Tigris, which originates in Turkey as well, flows down to form the border between Iraq and Syria for several miles and, after passing through Mosul and Baghdad, joins the Euphrates at al-Qurnah to form the Shatt al-Arab. Turkey contributes only 40% to the water flow of the Tigris, while Iraq contributes 51% and Iran 9%. Under a 1987 protocol on the Euphrates with Syria, Turkey is required to allow at least 500 cubic meters (17,500 cubic feet) per second of water into Syria. When it comes to the Tigris, however, Turkey has made no commitment to Iraq.

The proposal to set up an efficient problem-solving mechanism came from Iraqi President Barham Salih, who visited Ankara Jan. 3-4. Eroglu told reporters Jan. 13 that he was appointed special envoy at Salih’s request and had already formed a team comprising officials from the ministries of foreign affairs, trade, energy and natural resources and agriculture and forestry. Eroglu plans to visit Baghdad in late January to discuss the action plan. Though water is the focus of the effort, Eroglu’s agenda includes commercial projects as well.

Turkey’s ambassador to Iraq, Fatih Yildiz, shared the framework of Ankara’s initiative with Iraqi Water Resources Minister Jamal al-Adili last week. The Iraqi government has informed Ankara that it welcomes the initiative and has high expectations of it.

According to information obtained by Al-Monitor, Turkey’s water bureaucracy places high importance on Eroglu’s new mandate because he is both an expert on water issues and a person close to Erdogan, who could be influential in keeping the issue on the presidential agenda. A continued focus on the problem in Ankara could get Iraqis, too, to focus on long-term solutions.

The core problem between the two sides is the lack of a shared vision. For Iraq, the problem is mainly about the amount of water it gets, while for Turkey, it is mainly a problem of water management. Should the two sides manage to develop a common perspective on the cause and solution of problems, they could pave the way for joint projects to boost water efficiency, prevent losses, replace earth canals with pipes, improve irrigation systems and dams, increase storage capacities, build water treatment facilities, rehabilitate riverbeds and prevent salinization.

According to the Turkish side, close cooperation would make it harder for Iraq to evade its responsibility to invest in water areas by arguing that its water is being curtailed by Turkey. In 2017, the two countries had formed joint working groups on five topics — water quality, joint dams at the border, measurement, education and desertification, sandstorms and dust storms. The groups convened in Ankara in late December that year, but failed to achieve any tangible progress as they lacked a strong political mechanism to maintain the process and keep the two sides focused. With Eroglu’s appointment, Ankara hopes, things will change.

As part of the new mechanism, Baghdad aims to extract an accord on the amount of water Turkey allows through to Iraq. Yet Turkey — which has not signed the 1997 UN Watercourses Convention — has no intention of stepping back from its “equitable and need-based allocation” approach in the sharing of water.

Intransigent attitudes on the amount of water appear to be the first stumbling block for the new Turkish-Iraqi mechanism. A Turkish bureaucrat involved in the issue told Al-Monitor, “Developing a common strategy will be impossible as long as expectations persist [for Turkey] to increase the water flowing [to Iraq] from the Tigris and the Euphrates. We need to overcome this first.”

The bureaucrat said rainfall in Iraq has been “quite good” recently and the Iraqi government has said its reserves now exceed 18.5 billion cubic meters and has ruled out the prospect of shortages. “They seem to have stored significant amounts of water near al-Qurnah and Fav. This, however, is not the result of measures they have taken or any achievements by the government,” the official continued. “There can be no progress if this relaxation makes them forget the serious problems in water management. They have high expectations from us, but Iraq’s problems cannot be resolved by Mr. Eroglu. Iraq’s problems have to be resolved by the Iraqis themselves. This should become a state policy.”

Another Turkish bureaucrat said bilateral cooperation on water issues was no longer a matter of preference, but had become imperative. “The cooperation is likely to start in the area of water treatment and disinfection to prevent epidemics caused by polluted water such as cholera. Next in line is water management,” the bureaucrat said. “Water efficiency requires long-term work. In Iraq, 80% of the water is used for agriculture. They use 15,000 to 20,000 cubic meters per hectare annually. This needs to be brought down to 7,000. Hence, know-how and experience transfer are important. It is time to invest in water areas instead of arms — there is no other solution.”

A previous Turkish offer for a $5 billion credit line for water projects in Iraq will be put back on the table, along with the action plan. Naturally, Ankara hopes for commercial gains as well, namely the awarding of projects to Turkish companies, should the action plan take off. Earlier, the Turkish company Aydin Enerji had undertaken a project to pump water from the Mosul Dam to the Ninevah Plains, but failed to proceed with the work due to financing problems. Turkish companies now hope to return to Iraq’s water sector with similar projects.