President Donald Trump signaled possible flexibility in the pace of a US withdrawal from Syria, saying the United States would protect the Kurds. 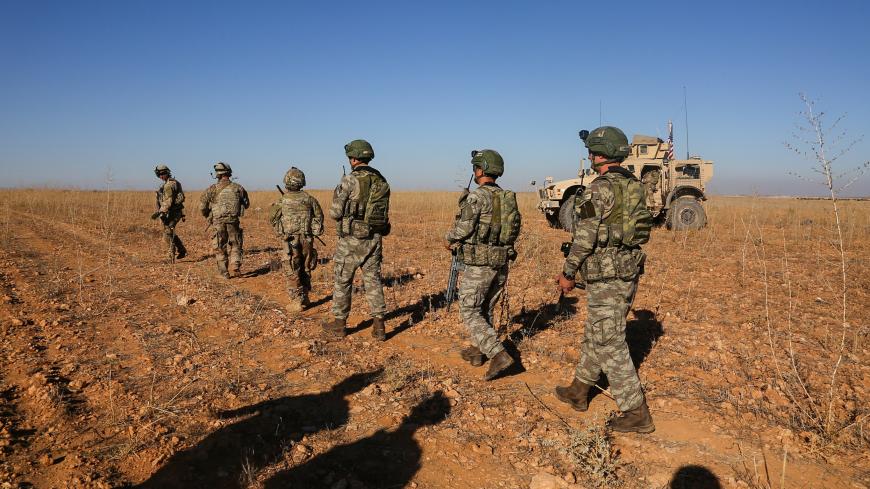 WASHINGTON — President Donald Trump, meeting with his shrunken Cabinet today for the first time in the new year amid a government shutdown, said he was still determined to remove US forces from Syria. But he suggested possible flexibility in the pace of the US withdrawal that he abruptly announced last month, prompting the resignation of Defense Secretary Jim Mattis.

“I never said fast or slow,” Trump said, answering a journalist’s question about his timetable for a US withdrawal from Syria during a televised, 100-minute Cabinet meeting today. “Somebody said four months, but I did not say that either.”

“We are getting out of Syria,” Trump asserted.

“Look, we don’t want Syria,” Trump continued, explaining that his predecessor Barack Obama “gave up Syria years ago” when he didn’t enforce his red line on Syria’s use of chemical weapons. “So Syria was lost long ago."

Trump, who visited US troops in Iraq for the first time over the Christmas holiday, did not repeat his claim from last month that the so-called Islamic State in Syria (known as IS or ISIS) had been entirely defeated. But he said he was open to arguments that the United States should not abandon the Kurds, who provided many of the forces on the ground who helped the US-led coalition seize territory once held by IS.

“Now the Kurds, it’s very interesting, Turkey doesn’t like them, other people do,” Trump said. “At the same time, they fight better when we fight with them.”

“We want to protect the Kurds nevertheless,” Trump said. “But I don’t want to be in Syria forever. It is sand and death.”

Trump also rejected any claims that Russia or Iran were celebrating his announced plans to leave Syria, arguing they faced a significant threat from IS as well.

Trump’s remarks come as US national security adviser John Bolton, US Syria envoy Jim Jeffrey and Chairman of the Joint Chiefs of Staff Gen. Joseph Dunford are expected to travel to Turkey and Israel early this month for discussions on a “deliberate and coordinated” US withdrawal, a National Security Council spokesman said.

But asked today about the possibility of a US withdrawal from Syria benefiting Iran, Trump was dismissive.

“They can do what they want there, frankly,” Trump said.