Hayat Tahrir al-Sham has told officers of the Free Syrian Police in northern Syria to hand over their stations and join the Islamic police, or find new jobs. 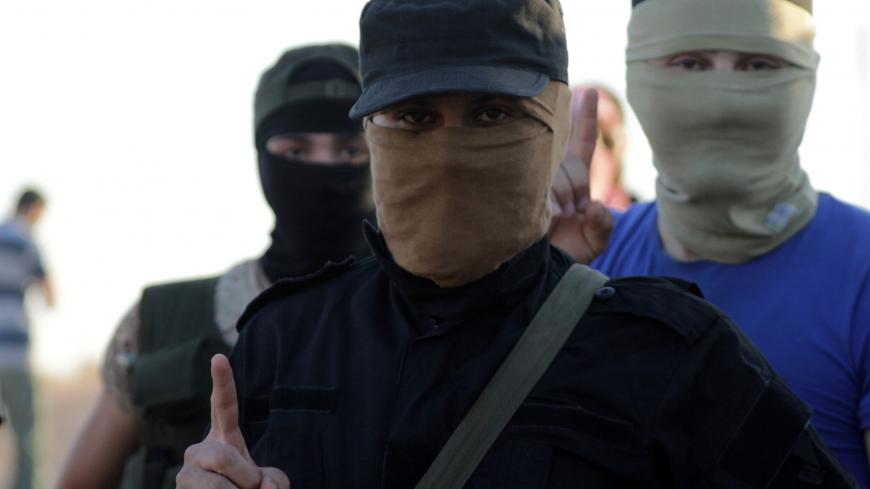 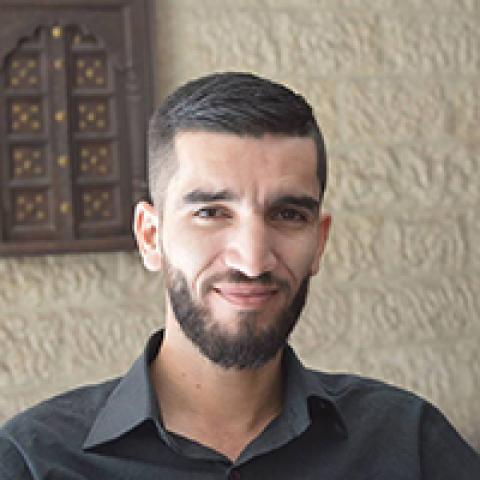 The SSG had promised it wouldn't intervene in the work of any civilian entity, according to Brig. Gen. Adib Shallaf, the Free Syrian Police chief.

"It all turned out to be untrue,” Shallaf told Al-Monitor.

“After reassuring us, the SSG asked us either to work under its umbrella or hand over our stations and equipment. This is what eventually happened; we handed over everything, including all machinery, equipment and vehicles, and received official delivery receipts in return,” he said.

According to Shallaf, the SSG took over 32 western Aleppo police stations in which 1,830 officers worked.

Free Syrian Police members who wished to continue their work would need to join the SSG’s Islamic police by submitting an application at its Interior Ministry in Idlib, taking a test and passing a security background check. Officers who wished to leave would not be forced to join any other police force.

The Free Syrian Police had suspended their work Jan. 10 with the hope it could resume work after reaching an agreement with HTS. But negotiations to keep Free Syrian Police members in their posts failed, and they had to hand over the stations.

Shallaf noted, “We are an administrative structure that will remain standing even if our work is suspended. If the circumstances change and we get support from Turkey, we can rearrange our situation and resume work. But [for now] we preferred to hand over the stations because if we don't, [HTS] will take them by force. We are an unarmed civilian police; we have no power to impose our decisions.”

The Free Syrian Police officers have no heavy weapons, only firearms such as pistols and machine guns, used to ensure order and security.

The force has been working without any financial support since Britain and other European states suspended their aid in September. Turkey has promised aid but none has arrived so far. The force hadn't been able to pay its officers for months, but they still hoped to receive compensation. Hundreds found themselves unemployed after the SSG seized control, including the founding Free Syrian Police commanders.

“I am currently looking for a new job,” Shallaf said.

Samir Abdel Rahman, a police officer from Anjara village in western Aleppo, who preferred to use an alias, told Al-Monitor, “I am forced to work with the Islamic police, since the Turkish border is closed and support is suspended. There are no other job opportunities. How else am I supposed to provide for my children?”

Abdel Rahman is afraid he'll be labeled a terrorist for working with HTS, but says he has no other choice. “Those who want to warn me or criticize me for my decision to join the Islamic police better give me another solution for my colleagues and me,” he said.

Mohammad al-Halabi, a police officer and father of two, told Al-Monitor, “Two members of the Syrian Salvation Government visited our station in Haritan … to conduct an inventory of the number of officers, individual weapons, cars and vehicles, and offered to [let us] join the Islamic police.”

But Halabi believes working with the Islamic police is out of the question, because the SSG’s working system is completely different from his previous system of work. The Free Syrian Police's mission is to maintain security in the opposition-held areas without interfering with the lives of civilians or other officers, he said.

Meanwhile, the Islamic police interferes in the private lives of their officers by banning smoking, forcing them to shave their beards, requiring them to pray and imposing an Islamic dress code on women, Halabi said.

“With the Islamic police, you should not only abide by labor laws, but with its ideology as well. This doesn't suit me, and I believe it will restrict our personal freedoms,” he said.

“If the borders with Turkey were open, over 70% of officers would have gone there in search of a better life,” Halabi said. Since July, Turkish authorities have stopped accepting asylum seekers from Syria.

The Free Syrian Police was established in September 2012 by a group of officers who defected from the Syrian army, including Shallaf. In the early months after the police's establishment, they had about 60 stations distributed across Aleppo.

“Our police covered all of Aleppo and its countryside. In 2014, the Islamic State took control of the eastern countryside and we had to withdraw from it. After [Turkey's] Operation Euphrates Shield, our work became limited to Aleppo’s western countryside,” Shallaf said.