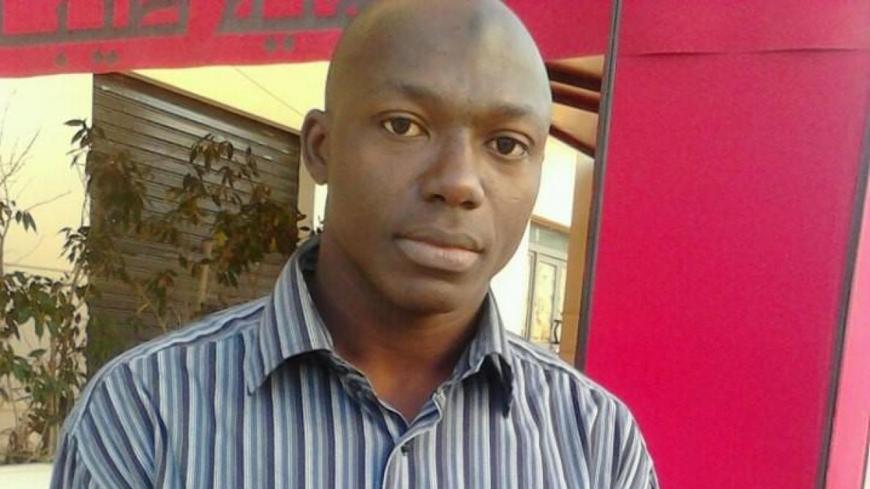 President of the Association of Ivorians in Tunisia, Falikou Coulibaly, who was stabbed to death. Posted Dec. 26, 2018. - Twitter/@sagalove1

There is a theory that the word “Africa” originates from the Romans, who used to refer to the ancient city of Carthage, now a Tunis suburb, as “land of Afri.” Geographically, Tunisia is the highest point in Africa; as a geo-linguistic point, Tunisians are considered Africans as much as Canadians are North Americans or Vietnamese are Asian. But in Tunisia, a history of colonization, political dictatorship, institutionalized racism and a culture of microaggression has distorted and complicated identity politics to a tipping point.

“Tunisians are Africans” is not a geographically neutral statement; it is a rallying cry used at anti-racist protests.

It was most recently used in the last days of 2018, as mourners and protesters took to the streets after a particularly gruesome racially motivated crime. On Dec. 23, Falikou Coulibaly was stabbed to death in the northern Tunis suburb of la Soukra. Coulibaly was president of the Association of Ivorians in Tunisia, representing natives of the Ivory Coast, and had previously spoken to the international media about racism in Tunisia. The Ministry of Interior asserted that Coulibaly’s death was a mugging gone wrong, separate from race — a point protesters, citing a number of other violent crimes against black people, dispute.

In a depressing foreshadowing of his own death, Coulibaly told France 24 earlier in 2018, “The police tell us that the violence is a result of the high rates of crime in the neighborhood. However, only Ivorians are targeted. So these attacks definitely have a racist element. The young people who carry out this violence target our community because they know they will not be punished.”

Many Tunisians deny the existence of racism or social prejudice in their country; in October, parliament member Faycel Tebini stated, “There is no racial discrimination in Tunisia.”

Yet Coulibaly’s death came just a few months after Tunisia passed a historic law criminalizing racial discrimination. It is the second country in the Arab world to do so, after the United Arab Emirates. The law levies jail time of up to three years and fines of as much as $1,050 on individuals using racist language, inciting hatred or making racist threats, or advocating racism.

“The law creates the opportunity, for the first time, for Coulibaly’s murderers to be prosecuted not only for murder but additionally for a hate crime,” Sharan Grewal, a post-doctoral research fellow at the Brookings Institution, told Al-Monitor.

The law was well-received within Tunisia and by the international community, and was the result of years of behind-the-scenes efforts to break taboos, and of advocacy by black activist groups including the Association for Equality and Development (ADAM) and Mnemty (My Dream). “The importance of this law lies in the state’s acknowledgment of a problem long shrouded in denial. Only with that acknowledgment can we solve the social ailment of racism,” Afifa Ltifi, a Tunisian doctoral student in Africana Studies at Cornell University, told Al-Monitor.

Broadly speaking, there are two groups of black people who stand to benefit from the law: Tunisian citizens, who have full legal rights protected under the constitution, and sub-Saharan expats whose lives are regularly impacted by institutionalized racism. About 15% of Tunisians identify as black; sub-Saharans, most of whom are students, number around 5,000. Though black Tunisians are not legally discriminated against, “the socio-economic realities of black Tunisians are well-informed by discrimination. Subtle forms of racism do have an immediate impact on the overall sense of belonging and rootedness in a Tunisian identity,” Ltifi said.

Black Tunisians are regularly called "kahlouch" (a highly offensive epithet) and "woussif" (slave-servant). In some rural areas of the south, school buses are segregated and the bodies of black Tunisians are buried in graveyards marked for “abeed” (slaves).

“As black Tunisians are constantly reminded by their servile origin, their claims to a Tunisian identity are being discredited and challenged,” Ltifi added.

Grewal pointed to a recent Afrobarometer survey, noting that “black Tunisians were considerably less likely than other Tunisians to report being treated with ‘a lot of respect’ by public officials and more likely to report being treated with ‘no respect at all.’” This makes them less likely to seek help from the state, which has a direct impact on education, safety and employment.

The distinction and treatment of black Tunisians and black foreigners is partially possible because many non-black Tunisians see themselves as white. This identity grouping is inextricably linked to European bifurcation of the African continent under colonialism, and seemingly ignores both historical and contemporary racism white Europeans hold toward North Africans.

“Unlike sub-Saharan Africa, which was considered a 'tabula rasa' — without a history and lagging behind — North Africa had an admirable history of civilizations for Orientalists,” Ltifi noted. “This has led to the elevation of North Africa above the sub-Saharan side of the continent that — in my modest point of view — has been internalized by societies of the Maghreb in general. This particularly explains why we Tunisians refer to black sub-Saharans as ‘Africans.’ It’s as if Africa is a country, as if we are not Africans ourselves.”

After Tunisia gained independence in 1956, then-President Habib Bourguiba was primarily concerned with creating “a sense of ‘Tunisianness’ devoid of any ethnic consciousness,” Ltifi said.

When building the modern nation-state, the status quo remained that of a “white Tunisia” that did not recognize the historic cultural contributions and identity of black Tunisians. For example, stambeli music, traditionally a spiritual black Tunisian form of music and dance, was considered a threat to the modern nation-state, and was subsequently banned until 2011. During this time, one of the most vocal anti-racist activists was the black intellectual Salim Marzouk, who passionately spoke out against racism in his country. Little is known about Marzouk’s story, in large part because, after several arrests, he was placed in the Al-Razi Hospital for Mental Illnesses for 30 years.

In passing the racial discrimination law, Tunisia has taken a necessary step in lifting the veil of denial around racism. But Coulibaly’s death “also highlights the need for the state to undertake awareness and training campaigns to begin to change the culture and the explicit and implicit biases that some Tunisians hold against black Tunisians and sub-Saharan Africans,” Grewal noted.

Ltifi agreed, saying, “The state needs to install the right mechanisms to ensure not only the implementation of the law — for example, to assess the efficiency of local police officers in making sure they will take complaints seriously — but also introduce a whole new approach that targets the different sectors of culture, media and education that will put an end to the underrepresentation of black people and their distorted misrepresentations in the fleeting scenes where they appear on the Tunisian screen.”

She added, “There is so much to be done in support of the juridical [reform].”