The Palestinian Authority's latest action in the Gaza Strip is expected to worsen conditions for the already suffering Palestinians in Gaza. 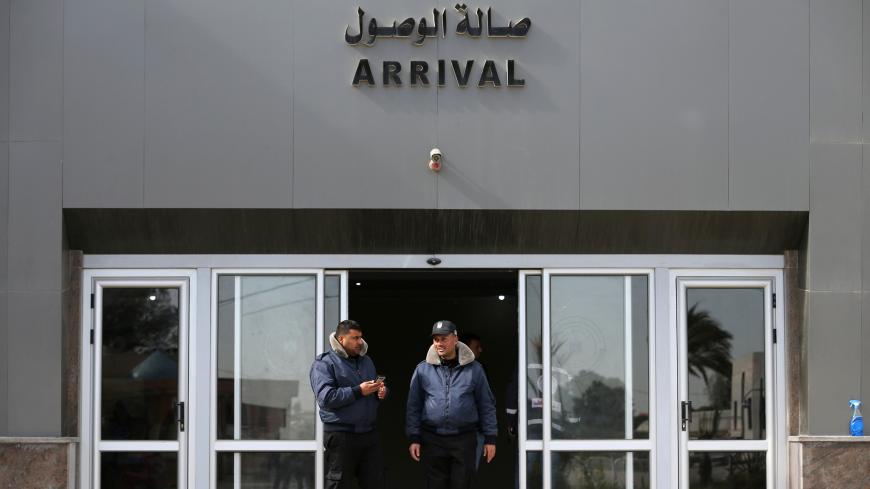 GAZA CITY, Gaza Strip — Hamas says recent actions by the Palestinian Authority (PA) are designed to further separate the territories and grease the wheels for the nebulous US plan for peace in the Middle East.

The Fatah-controlled PA in the West Bank has removed its staff that was managing the Rafah crossing between Egypt and the Hamas-run Gaza Strip. Hamas had turned over the crossing's management to the PA in November 2017 as part of a reconciliation deal brokered by Cairo. The deal barely got off the ground before stalling and has been troubled ever since.

When the PA left the crossing Jan. 7 and Hamas took over again, Egypt closed the crossing to traffic trying to exit Gaza, for security reasons. Ma'an News Agency reported Egypt has said it won't reopen the crossing in both directions until the PA sends someone back to monitor the Palestinian side, though Hamas said it is discussing the matter with Egypt.

The General Authority for Civil Affairs in the West Bank announced the withdrawal and accused Hamas of obstructing the PA employees' work since the reconciliation deal was reached in 2017.

Palestinian resistance factions in Gaza objected to the PA withdrawing its employees, saying the move is part of PA President Mahmoud Abbas' attempt to force Hamas to hand over administration of the Gaza Strip to pave the way for the PA to take over. The movement refuses to do so, which has led Fatah to shut down its headquarters in Gaza, claiming “harassment by Hamas.”

Hamas also believes Abbas wants to force it into submission and agree to implement the much-delayed US peace plan. The proposal has yet to be officially unveiled but is rumored to favor Israel. President Donald Trump has made numerous decisions during his presidency that negatively affect Palestinians.

Yahya Rabah, a Fatah leader based in the West Bank, said the PA's withdrawal from the crossing is designed to unite Palestinians — by duress.

“Ultimately, withdrawing the PA staff aims to pressure Hamas into a Palestinian reconciliation," Rabah told Al-Monitor. “The Egyptian government is aware of this decision and it was taken in coordination with Cairo. The proof is that the next day after the PA staff withdrew, the crossing opened in one direction only.”

The action “is an indication that Cairo will not deal with an illegitimate party,” he added, referring to Hamas.

In Gaza, Palestinians are concerned that the PA staff’s withdrawal could lead to the Rafah crossing closing for long periods of time. Rafah is considered the main crossing point for Palestinians in Gaza, and its extended closure could prevent thousands of Palestinians and their families, university students and medical patients seeking treatment from leaving.

Al-Monitor tried to contact Nazmi Muhanna, general director of the Border and Passage General Department, but he refused to comment on the subject.

According to the latest statistics from the Ministry of Interior in Gaza, Egyptian authorities opened the Rafah crossing for fewer than 30 days during all of 2017. The ministry didn't provide statistics for 2018, but said passenger traffic to and from Gaza had improved during the PA's management.

Hamas spokesman Hazem Qassem told Al-Monitor, “The withdrawal of the PA staff is yet another punitive measure imposed by President Abbas on the Gaza Strip that will contribute to increasing the people’s suffering and further [serve] to separate Gaza from the homeland."

Abbas appears to believe that action ultimately will force Hamas to capitulate. Since April 2017, Abbas has imposed collective sanctions on the population of the Gaza Strip, forcing thousands of employees into early retirement, reducing salaries by more than 50% and cutting support to the health and education sectors, with the aim of pressuring Hamas to completely cede control over Gaza.

Qassem noted that withdrawing PA staff is a hard blow to Egypt's ongoing efforts to achieving Palestinian reconciliation, saying, “We have communicated with the Egyptians and they have expressed their rejection of this decision.”

As for Hamas’ options to end this crisis, Qassem said, “The Egyptians want to keep the crossing open and they promised to find an appropriate mechanism and do whatever it takes to overcome this issue,” stressing that “Hamas’ next moves will be in coordination with the Palestinian [resistance] factions.”

Although there are no signs of Egypt intending to open the crossing permanently, an Egyptian intelligence delegation arrived in Gaza on Jan. 10 to discuss Palestinian developments, including the withdrawal of the PA's crossing staff.

Hassan Abdo, a political science analyst and lecturer at Al-Azhar University in Gaza, told Al-Monitor that Abbas is trying to delegitimize Hamas completely.

He said the PA is constantly inciting against Hamas, claiming the latter can never be part of the Palestinian political regime, or even part of the region. The PA, he said, is betting that the tragic situation in Gaza will push the populace to revolt against Hamas, forcing the movement to accept the PA’s requirements for reconciliation and finally hand over the Gaza Strip in full.

Abdo said Cairo rejects the PA’s ongoing pressure on the Gaza Strip, fearing for Egypt's national security. If the situation in the Gaza Strip implodes, Egypt will be affected, given its proximity.

Author and political analyst Talal Okal told Al-Monitor that withdrawing the PA employees from the Rafah crossing is indeed designed to pressure Hamas, but “this decision will harm people, not Hamas itself, [and] the PA will eventually realize that it has made a mistake.”

Okal ruled out the possibility of negotiations anytime soon, especially as the PA and Hamas are strictly sticking to their own conditions for reconciliation.