Though the latest news about Turkey's currency is good, economists still believe Turkey could well be sailing into recession, while at the G-20 summit, the Turkish president is frustrated by how little is being made of the Jamal Khashoggi murder case. 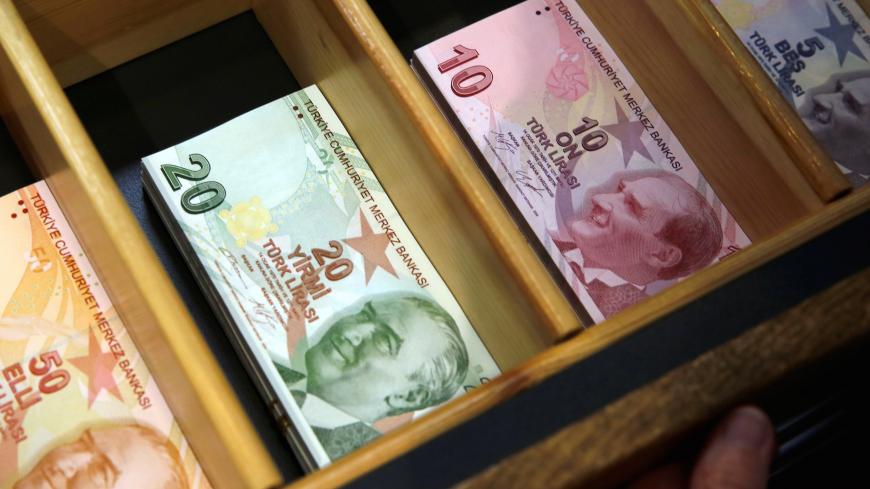 ANKARA — Turks received rare good news on the economic front Monday when it was announced the inflation rate had dropped to below 22% in November, down from over 25% in October — the highest rate in 15 years.

The Turkish Statistical Institute reported that annual inflation had fallen by 3.62% from 25.24% in October. Economists gave credit to the stronger Turkish lira, whose year-long fall against the dollar was arrested by a huge hike in interest rates in September, as well as the government’s cutting taxes on consumer goods.

“Tax cuts for the automotive, white goods and furniture sectors were the key factor in bringing down inflation,” economist Muammer Komurcuoglu of Is Investment told Reuters.

Finance Minister Berat Albayrak said the figures showed the success of his policies, tweeting, “The rebalancing process has shown its effects on the inflation figures, as it did on the exchange rates and interest rates.”

The minister, who is President Recep Tayyip Erdogan’s son-in-law, predicted inflation would decline in December and gradually fall to the targets of 15.9% in 2019 and 9.8% in 2020.

Others were not so optimistic. Komurcuoglu said he expects “a limited increase in December inflation” as the impact of the tax cuts waned.

Zumrut Imamoglu, chief economist at the Turkish Industry and Business Association, said there are two main reasons for the fall in inflation and neither will last long: the decline in the dollar, which is related to international events, and the cut in taxes, whose impact on consumers would be temporary. Imamoglu told NTV she expects inflation to rise in January.

The lira stood at 5.2 to the dollar on Monday, a significant improvement from the 6.45 it registered on Sept. 12, the day before Erdogan allowed the Central Bank to raise interest rates by 6.25%. Another factor that has boosted the lira is the dramatic turnaround in US-Turkish relations since the release of detained American pastor Andrew Brunson on Oct. 12.

However, economists believe Turkey could well be sailing into recession. Last month Moody’s reported the economy had “likely entered recession” and will contract by 2% next year. A Reuters poll of economists in October found they expected the economy to shrink by 1.4% in the fourth quarter of 2018 and to enter a recession (defined as two consecutive quarters of negative growth) in the first quarter of next year.

Separately on Monday, Erdogan expressed his frustration with Saudi Arabia’s apparent fudging of its investigation into the murder of journalist Jamal Khashoggi in its Istanbul consulate on Oct. 2. He was speaking to journalists as he flew from Argentina to Paraguay.

At the end of the G-20 summit in Buenos Aires, Erdogan had told the press that only Canadian Prime Minister Justin Trudeau had raised the Khashoggi killing in the summit’s plenary session, that Saudi Crown Prince Mohammed bin Salman had given a reply he found “unbelievable” and that the chairman had cut the debate short to return to the agenda.

Erdogan recalled that after Khashoggi disappeared inside the consulate, the Saudis had said the Washington Post columnist had left the building and vanished, somehow evading his fiancée who was waiting outside.

Erdogan said of the Saudis, “They think people are fools, that they are stupid. They thought they could deceive the public.”

Eighteen days later, Saudi Arabia admitted Khashoggi had died in the consulate, saying he was killed by accident in a brawl. Later Riyadh changed its line again, saying he had been murdered by “rogue” officials sent to Istanbul to persuade him to return to the kingdom, his body had been dismembered and the body parts given to a “local collaborator” for disposal.

Last month Riyadh arrested 20-odd people in connection with the murder, indicting five of them on charges that entail the death penalty.

But prosecutors did not reveal the names of the accused, at least one of whom is thought to have belonged to the crown prince’s entourage. Nor did they reveal the identity of the “local collaborator” who supposedly disposed of Khashoggi’s body.

Speaking to reporters on his plane, Erdogan said, “We have asked Saudi high officials: ‘Where is Khashoggi’s body? Your team of 20 knows this. Do not try to cover this up.'”

“If you say you worked with a local collaborator, you have to reveal his identity,” Erdogan added. “It’s not convincing when they say they don’t know.”

The president was referring to last week's search by Turkish police of the house and garden of a Saudi businessman in Yalova, in northwest Turkey. According to phone records, the businessman took a call from one of the alleged killers the day before the murder.

Erdogan said police found nothing in Yalova. “Maybe something will come out of there or elsewhere. Those people, the 22, they have the information,” he said.

“We will continue with our determined pursuit,” the president added. “If necessary, we will ask the UN to make it an international criminal investigation in order to make sure it stays in the headlines.”

An NTV newscaster said Turkey would find it difficult to persuade the world to set up an international tribunal on Khashoggi’s murder. The appropriate body would be the International Criminal Court in The Hague. But Turkey — along with the United States, Russia and China — has not joined the ICC.

Erdogan might ask the UN secretary general to set up an international panel of inquiry, as happened after Israeli commandos stormed the Mavi Marmara ship in 2010, killing nine passengers, eight of whom were Turks. But the creation of such a panel depends on the approval of both parties to the dispute, and it is very unlikely that Saudi Arabia would give its consent.