Israeli authorities have refused to grant many Christians in the Gaza Strip exit permits to celebrate the Christmas holidays in Bethlehem in the West Bank. 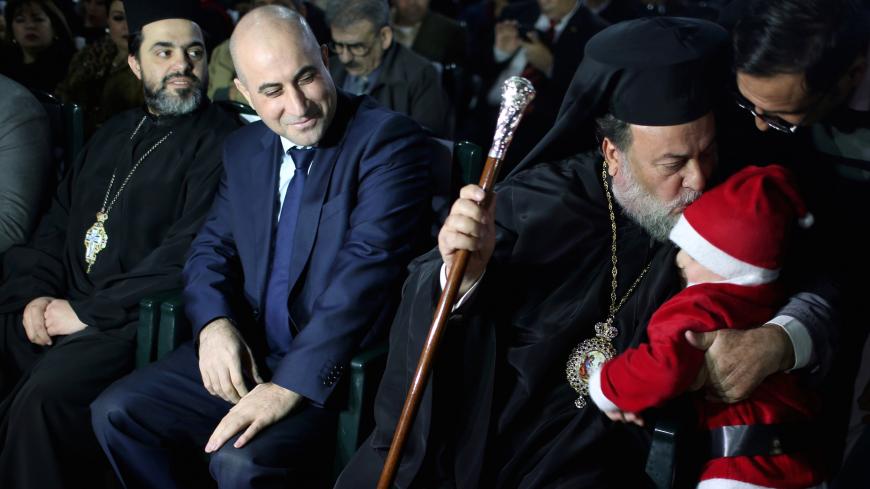 GAZA CITY, Gaza Strip — Palestinian Christians in Gaza are feeling a damper on the Christmas spirit this year as Israeli authorities have blocked many from receiving exit permits to celebrate the Christmas holidays in Bethlehem in the West Bank.

While Western Christians celebrate, following the Gregorian calendar, Dec. 25 of every year, Eastern churches — to which the majority of Palestinian Christians belong — follow the Eastern calendar and celebrate on Jan. 7.

The international organization Middle East Concern, which advocates for the rights of Christians in the Middle East and North Africa, said in a Dec. 10 statement that most of the applications by Christian Palestinians in the Gaza Strip for permits to participate in Christmas celebrations in Bethlehem had been rejected by Israeli authorities. It noted that "nearly all" of the requests were rejected, "with only Christians over the age of fifty-five being allowed to travel."

Bethlehem boasts historical and religious importance and is home to key religious touristic sites such as the Nativity Church — containing a grotto that is the oldest site continuously worshipped in Christianity.

Christians constitute only 1% of Palestinians in the West Bank and the Gaza Strip, yet make up 20% of the some 13 million Palestinians worldwide.

Christian activist Helen Farah of Gaza said she had wrapped the gifts and was all set to visit her relatives in Bethlehem, but then receiving the unwelcome surprise of not being given a travel permit by Israeli authorities.

She told Al-Monitor, “I do not know why they prevented me from traveling. All I know is that I will not be able to participate in the Christmas celebrations this year.”

Kamel Ayad, director of public relations at the Orthodox Church in Gaza, said it had submitted through the Palestinian Civil Liaison Office 1,000 Christian names to receive a travel permit from Israeli authorities. However, only 350 people got approval, he said.

Ayad told Al-Monitor that several Christians who received permits did not end up traveling because Israeli authorities did not grant all family members permits and had excluded the sons. The Israelis also only allowed those with permits to travel to the West Bank and Jerusalem, for the first time forbidding them from traveling to Israel, without giving any reasons.

He said that in 2017 Israel granted travel permits only to Gazan Christians over the age of 50. Every year Israeli authorities surprise them with new permit conditions. He said there has never been a year where all Christians who applied for permits received them. Ayad noted that Christians who were banned from traveling will have to celebrate in the Gaza Strip this year.

Orthodox Christians in Gaza perform their rituals at the Church of Saint Porphyrius — the oldest historical landmark in Gaza that dates to the early fifth century.

The church is home to the tomb of St. Porphyrius, who died in the year 420, and it houses an ancient mural of Mary and Jesus.

Catholic Christians, meanwhile, perform their rituals at the Holy Family Church, which is also among the oldest in Gaza.

The Rev. Yousef Assad of Holy Family Church said Israeli authorities are occupied only with security and do not give any consideration to religious aspects. He said many Christian families are awaiting travel permits so they can participate in the Bethlehem festivities.

Assad told Al-Monitor that other Christian families are waiting to receive permits to see relatives they haven’t seen in years, and “some want to escape the blockade imposed on the Gaza Strip.”

A 2017 Palestinian Central Bureau of Statistics report indicates that the main reason behind the dropping number of Christians in the Palestinian territories is migration.

Assad hoped Israeli authorities would reconsider the reasons behind not granting Gaza’s Christians permits. He said they have the right to celebrate Christmas like their fellow Christians in the rest of the world.