Israel has started uncovering and destroying Hezbollah's attack tunnels under the Lebanese border, but destroying the group's ambitious precision missile project will be much more difficult. 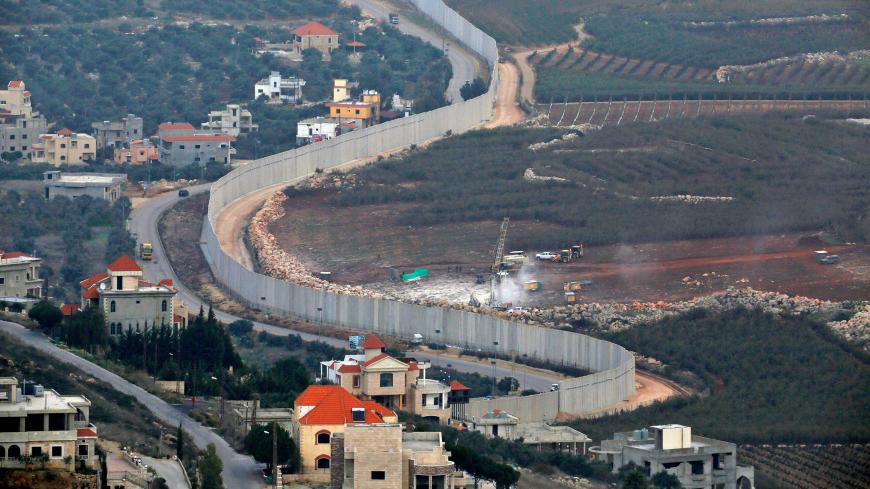 The Israel Defense Forces placed a camera into Hezbollah’s secret cross-border attack tunnel before sunrise on Dec. 4. They pushed it into the Lebanese side, under the Blue Line that separates the two countries. At dawn, two Hezbollah operatives reached the spot on their morning rounds. In the video disseminated by the IDF on Tuesday evening, one of the operatives is seen approaching the camera with suspicion. He stuck his nose in its direction and started to sniff around until something exploded in his face and he ran back the way he'd come.

This was surely the moment Hezbollah understood that Israel is on its way to neutralizing the terror group’s most important asset in its attack option to conquer Israeli localities in the Galilee in their next confrontation. Israel's robotic camera scored a small but qualitative victory in the battle for hearts and minds between Israel and Hezbollah. The video went viral in seconds, but the war itself has not been won. The decisive rounds are still ahead of us and they are not connected to tunnels but to the precision missile project and the direct flights that have begun to land in Beirut’s international airport, straight from the Revolutionary Guard Corps of Tehran.

Still, a 12-year nightmare is set to be resolved over the coming weeks. Ever since the end of the Second Lebanon War in August 2006, Israel’s northern residents living near the border have been complaining of digging sounds at night from the Lebanese side or from the depths of the earth. And despite the IDF’s extensive experience with Hamas' tunnels in Gaza, the army was not able to locate the tunnels in the north for many years. The stony ground makes digging very difficult, so the Israelis assumed that Hezbollah’s Secretary General Hasssan Nasrallah would not invest resources in copying Hamas’ methods in what Israel calls the "underground domain."

It turns out that this assumption was wrong. The unique Israeli technology for identifying tunnels that works so successfully on the southern front made the difference, together with intelligence work on what goes on behind the other side of the border fence. It turns out that there is synergy between Hamas and Hezbollah. Israel used to say that Hamas tries to imitate Hezbollah and establish a Hezbollah-based model in Gaza. Now it turns out that Hezbollah has learned from Hamas with regard to opening a subterranean front against Israel.

The tunnel revealed this week penetrates about 40 meters (130 feet) into Israeli territory. It was dug from within a building close to the Kafr Kila village in Lebanon, with a sophisticated system to camouflage that a large number of trucks and commercial vehicles have circled the structure in recent years while they removed the dirt and rocks that were excavated. The assessment in Israel is that more tunnels of this type were created along the Lebanese border. The IDF intends to eradicate them in the course of an operation called Northern Shield.

This is an important strategic victory for Israel. Hezbollah’s ability to send its Radwan commando unit into Israeli territory under Israel’s nose was supposed to give Nasrallah an important advantage in the group’s unprecedented efforts to take control of territory within Israel in the next confrontation, if only for a short time. However, recent days have clearly shown that while Hezbollah is deterred by Israel, Israel is also deterred by Hezbollah. The mutual deterrence led the cabinet to decide that the neutralizing and blocking of the tunnels would take place only on the Israeli side of the border. The IDF is carefully measuring out the concrete it inserts in the tunnels so that it won’t penetrate the Lebanon side. It seems that no one wants a war now.

An educated guess is that Nasrallah will swallow the bitter pill of Israel’s achievement and not ignite the territory. The IDF prepared Northern Shield very meticulously: It brought its commando unit to the north, deployed another two brigades on the territory, put the air force on alert and stretched its northern intelligence apparatus to its maximum. Now, looking back at Netanyahu’s speech on Nov. 18, when the prime minister implored Education Minister Naftali Bennett not to quit the government because of security challenges that will involve “self-sacrifice,” we know that he was also referring to the northern tunnel saga.

The cabinet authorized the tunnel-destruction operation on Nov. 7, against the opposition of then-Defense Minister Avigdor Liberman. Just before the operation, Netanyahu flew to Brussels, where he met with US Secretary of State Mike Pompeo and asked him to pass on Israel’s stern warning to Lebanon and Hezbollah. This affair reveals the controversy that ripped through the Cabinet and defense system in recent months: Those who were in favor of a widespread Israeli operation in Gaza (like Liberman and perhaps Bennett and Justice Minister Ayelet Shaked), versus the army itself headed by IDF Chief of Staff Gadi Eizenkot, Netanyahu and most of the ministers. The latter group believed that Hezbollah’s tunnels should be dealt with first, since they constituted a much more significant threat than the confrontations with Hamas in the south.

One thing is clear: Even if the tunnel-blasting operation ends successfully without needless friction, the real fight is still ahead of us. Hezbollah’s precision missile project is still alive and kicking and Israeli efforts to thwart it continue. The direct flights from Tehran to Beirut do not bode well for Israel’s future. Netanyahu’s warning delivered via Pompeo relates mainly to the precision-missile threat. Israel’s dilemma is whether to consider this project an act of war by Hezbollah.

It is unlikely that Netanyahu will want to initiate a military adventure of this type before the Israeli elections. He first needs to decide when to hold elections before addressing the missile problem, the most significant threat Israel currently faces. Nasrallah also understands the situation; perhaps he has kept his silence over the last two days to lay plans for the future. From his point of view, the fact that Israel must invest so much energy and effort to prevent Hezbollah from invading it in the next war is already a small victory. This organization, which began as a tiny terror group and barely a blip on the Middle East map, has become one of Israel’s most serious threats.