The newly elected mayor of Haifa, Einat Kalisch-Rotem, refused to back down from the coalition agreement she signed with the Israeli-Arab Communist Party. 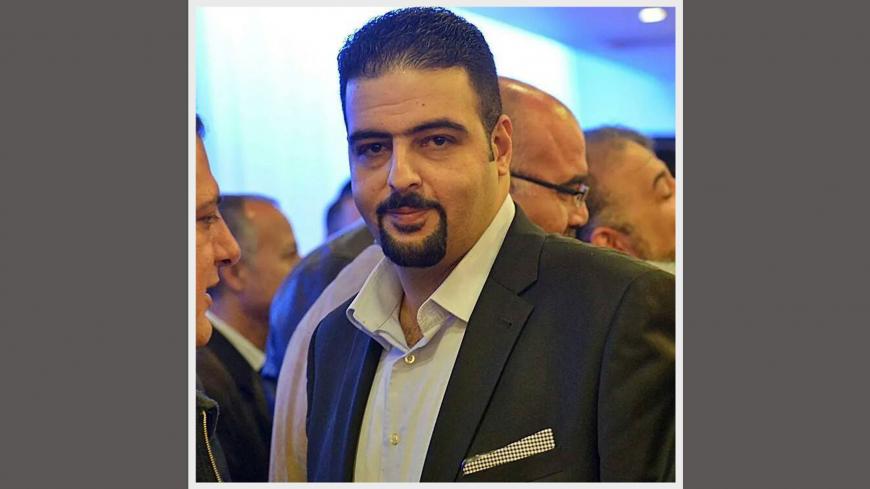 Raja Zaatry is a friend of mine on Facebook. I couldn’t remember who he was and never saw any of his posts until I came across his name in connection with his controversial appointment as deputy mayor of the mixed Jewish-Arab city of Haifa (under a power-sharing agreement, he will only take office in 2021). The storm even led Prime Minister Benjamin Netanyahu and Interior Minister Aryeh Deri to oppose the nomination.

Zaatry, an Arab citizen of Israel and head of the pro-Communist Arab-Jewish Hadash Party branch in Haifa, made headlines in recent days after politicians on the right accused him of supporting terrorism. Deri is trying to prevent Zaatry from taking office by virtue of his authority as minister of interior, and Knesset coalition whip David Amsalem tabled a proposed bill to thwart the appointment. Within two days, over 7,100 people had signed an online petition calling to revoke Zaatry’s appointment.

Haifa’s newly elected mayor, Einat Kalisch Rotem, has not given in to pressure to rescind the appointment, pressure that included a call from Netanyahu trying to dissuade her from going ahead with the controversial move. She will now have to contend with Deri’s attempts to depose her putative (future) deputy, which include hints of budget cutbacks and pay cuts to the unwanted deputy.

It all started on Dec. 8 when Zaatry refused to grant a live studio interview to the Ynet news site after journalist Attila Somfalvi accused him of disrespecting the symbols of the state because he wants people "to talk about him." In a lengthy Facebook post later that day, the journalist claimed Zaatry had compared Israel to Hezbollah.

Zaatry took to Facebook the following day with a lengthy response, in Hebrew. "… When he, as a journalist and interviewer, chooses to start out the discussion with despicable theories propounded by the Shin Bet claiming ‘the Arab public is moderate but its leadership is radical,' it reflects the level of decency I can expect in the interview … I am not a Hezbollah man, not a Hamas man and not a Daesh [Islamic State (IS)] man. I am an Arab Communist from Haifa who grew up in a building with mostly Jewish neighbors. Some of my childhood memories are of the candy I got from our [Jewish] neighbor Aliza and the smell of bourekas from the apartment of ‘Mrs. Sarah’ filling the stairwell. You will not find rifles in my home, nor guns, nor manuals on how to make explosives. But if you look carefully, in the drawer at the entrance to the kitchen you will find the keys to the apartment of our Tunisian [Jewish] neighbors — Simone and Maimon, may they rest in peace — which we have kept for decades in case one of the kids or grandkids comes to town when they’re not home."

Talking to Al-Monitor, Zaatry did not deny having compared Zionism to IS. In hindsight, he concedes, the analogy was too harsh for Jewish Israeli ears, which cannot bear to hear that their country’s (1948) War of Independence was not a paragon of morality. “There was a plan to empty the land of its Palestinian people. I am not saying, God forbid, that there was mass extermination, but there was ethnic cleansing. There were massacres as proven by historical research,” he said.

When I protested against the comparison with a horrifically murderous terrorist organization, Zaatry claimed that Israeli Col. (Res.) Yigal Carmon, a Middle East scholar and former counterterrorism adviser to three prime ministers, had done so before him. Zaatry was referring to November 2014 comments by Carmon, the founder of the Middle East Media Research Institute: “Daesh is similar in many respects to Zionism. I know this parallel is hard for people in Israel but it helps explain … Daesh stirs up an emotional storm throughout the Muslim world, especially in the West, the same way Zionism stirred up a storm in the Jewish world. They call for ‘hajara’ the same way the Zionists called for ‘hagira.’” (Both words mean "immigration.")

Four months later, during a panel discussion at Bar-Ilan University about the upcoming Knesset elections in March 2015, Zaatry said Daesh had drawn inspiration from Zionism. His comment followed invective hurled at him by students who also dubbed Israeli Arab Knesset members “Daesh.”

Zaatry told Al-Monitor that like his fellow Arab Israelis, he is constantly under pressure to be a sort of “condemnation machine.” He cynically and contemptuously mimics those who keep asking, “Do you condemn Hamas? Do you regard them as a terrorist organization? Quick answer: Yes or no?” The same goes for Hezbollah and the Syrian genocide, he said, adding, “But there is never a deeper debate about questions that cannot be answered with one word.”

The campaign against his appointment started on residents’ Facebook pages and was taken up by the right-wing Im Tirzu movement, which started flooding social media with comments Zaatry had made in the past, including some that he claims were distorted. He was accused of being active in the anti-Israel boycott, divestment and sanctions movement, despite his denials.

“I do not support Hamas. I am a Communist,” he told Al-Monitor. “From an ideological standpoint, political Islam is no less of an enemy than Zionism, in the sense that I perceive it as racist. I took part in the panel and someone shouted at me, ‘Say Hamas is a terror organization,’ and I said 'no.' I say Hamas is a political movement, a popular resistance movement that also contains elements of terrorism.”

Regarding Hezbollah, he said, “I don’t support Hezbollah, but I say it is a Lebanese movement that has played a role in the resistance. But in discussion with the [Jewish] Israelis, unless you immediately obey their demands, you yourself are considered a terrorist.”

Zaatry’s views about Hamas and Hezbollah are not necessarily unusual among Israel’s 20% Arab minority. Knesset members of the Arab Joint List have made similar comments on various occasions. The prevailing sentiment in Israel is that quite a few young Arab Israelis hold similar views (on Hamas and Hezbollah), the result of a split national identity in the state of the Jewish people.

“I am an Israeli who was born here, I am not a migrant,” Zaatry said. “My parents and grandparents lived under Israeli military rule and could not express their opinions. I live in a democratic state and can express views that are different without fearing arrest. The reality in the Middle East and the reality of a Palestinian in Israel is complex and complicated. I cannot accept everything the Israelis dictate when everything is considered treason.”

The novice mayor, Kalisch Rotem, is in a bind. If she keeps backing Zaatry’s appointment, she will be attacked for naming “an Israel basher” to the municipal job. If she goes back on her coalition agreement with his Hadash Party, she will be perceived as attacking the Arab population of a city that prides itself on coexistence.

On Dec. 11, Kalisch Rotem reportedly asked Zaatry to clarify his past remarks. Zaatry does not intend to make things easier for her. “I did not go into politics on a Hezbollah platform or on a platform of discussing what is resistance and what is terrorism,” he told Al-Monitor earlier. “What interested me are the [disadvantaged] neighborhoods [such as] Wadi Nisnas, pollution and education. Now everything has gone beyond the boundaries of Haifa. The Likud is already planning a political initiative to ban coalition deals with the Joint List or any of its elements [such as Hadash] so that the Arabs are placed beyond the legitimate borders of the Israeli political field.”