Intel: Why Israel plans to fill in US void in Syria 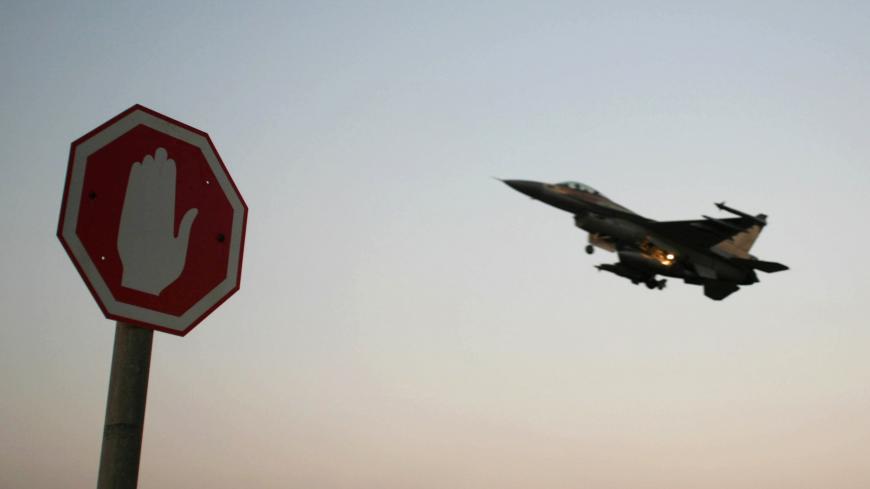 An Israeli Air Force F-16 fighter plane flies above a traffic sign after taking off for a mission in Lebanon from an Israeli air force base in northern Israel in this July 20, 2006, file photo. - REUTERS/Ammar Awad

Prime Minister Benjamin Netanyahu declared today that Israel would increase its efforts against Iran’s influence in Syria "in a very decisive way and with support and backup from the US.” The comments come after US President Donald Trump’s announcement Wednesday that he was pulling US troops out of Syria caught Israel by surprise, just as it did other US allies as well as Congress and key figures in the Trump administration itself. The United States had previously promised Netanyahu that US troops would remain in Syria until Iran and its proxies were removed. The Israeli leader, after speaking with Trump and Secretary of State Mike Pompeo, said that the pullout will be coordinated with Israel.

Why it matters: Although the 2,200 or so US troops' main goal in Syria was to fight the Islamic State, their presence was also a warning to Tehran that Israel had a strong ally in the neighborhood and that Iran should stay clear of southern Syria. The timing is problematic for Israel, which has been busy over the past two weeks with its operation against Hezbollah's tunnels on the border with Lebanon. The US withdrawal signals to all parties involved in Syria that Washington is ready to relinquish its influence.

One-power game: The new situation leaves Russia as the only major power in the area. Israeli relations with Moscow are complex after a Russian intelligence plane was shot down by Syrian air defenses following an Israeli attack on Iranian targets in Syria in September. Since then, Israel has reduced its tempo of airstrikes in Syria.

What's next: Israel will have to show the Iranians that the US void can be filled. Expect the Israeli air force to attack around the time of the actual US withdrawal to make a point. More talks with Russia are also expected, including a possible meeting between Netanyahu and Russian President Vladimir Putin to coordinate next moves.

Know more: Visit the Washington Pulse for complete coverage of the fallout from Trump’s decision. And be sure to read Al-Monitor’s Akiva Eldar for an explanation of how Israel’s military action against Hezbollah's tunnels on the border with Lebanon is part of a much bigger conflict with Iran.