Intel: How the US exit has triggered a new scramble for influence in Syria 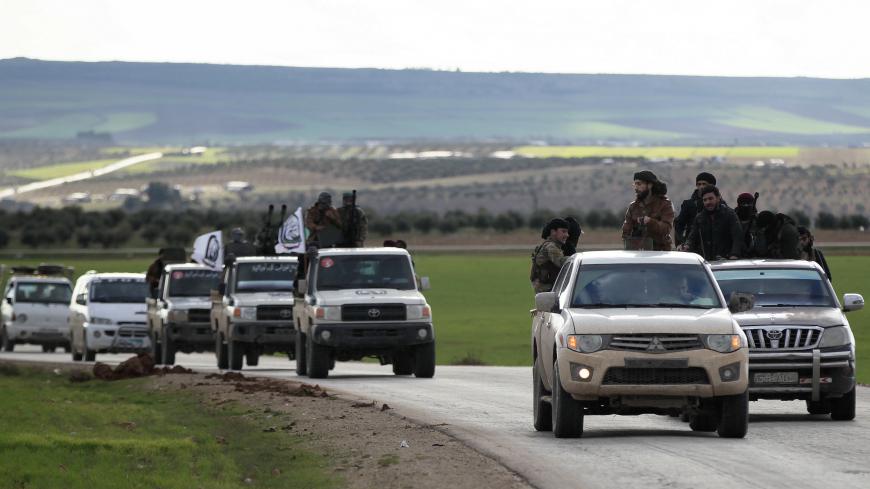 The contested town of Manbij in northern Syria has become the latest flashpoint in the seven-year conflict, as its main stakeholders rush to fill the vacuum left by the announced US withdrawal. Bashar al-Assad’s forces claimed to have moved into the mainly Arab town on Friday at the invitation of US-backed, Kurdish-led forces worried about an imminent Turkish invasion.

But a spokesman for the US-led coalition fighting the Islamic State (IS) today dismissed as “incorrect information” the claim that the Syrian army had entered the city for the first time in six years. Instead, coalition sources tell Al-Monitor that regime forces were in Arima, just west of Manbij, and that they had merely increased their presence there.

Why it matters: The Syrian Kurdish People’s Protection Units (YPG) wrested Manbij from IS control with coalition backing in August 2016. The United States promised Turkey that the YPG would move out as soon as the town was fully stabilized. But the Kurds have remained effectively in charge, wielding influence through YPG-friendly local administrative and military councils. This betrayal, as Ankara saw things, was among the main triggers for Turkey’s own incursion into northern Syria shortly after and has poisoned US-Turkish ties.

Turkey has since repeatedly threatened to attack Manbij, which lies west of the Euphrates River. With President Donald Trump’s decision to withdraw US forces from Syria, the Kurds fear that Turkey will make good on its threats to wade in.

Kurdish fears of a Turkish incursion may be overwrought. But well-informed sources told Al-Monitor that national security adviser John Bolton is not averse to a broader Turkish role in Syria to counter Iran and Russia. Turkey’s main goal, however, is to torpedo the YPG’s efforts to achieve greater autonomy under a new constitution.

Between a rock and a hard place: With US protection evaporating, the YPG has intensified talks with the regime, which it sees as a lesser evil than Turkey. Locals in Manbij are also opposed to a Turkish incursion, mainly because they fear a return of Turkish-allied Syrian Arab rebels whose short reign before IS took over was marked by violence, looting and instability.

Well-informed sources told Al-Monitor that the reason regime forces have not moved into Manbij proper is because the YPG objects to the army’s insistence on raising the Syrian flag over government buildings. The claim could not be independently verified.

What’s next: The critical question is how the United States will react to Syrian army advances into areas where US special forces are present. The Assad regime is continuing to build up its forces around Manbij. And there are reports that it is transporting more troops and weapons to Qamishli airport, which remains under central government control. The question will be moot once all US forces are gone.

As for Turkey, it’s possible it won’t mind the regime moving back in. After all, Damascus largely shares Ankara’s aversion to Kurdish autonomy.

Know more: Read our piece from May on the long history of US-Turkish misunderstandings over Syria.