Israeli researchers fear that cyberwar in the form of fake social media accounts or even attacks on the vote count could plague the upcoming election year. 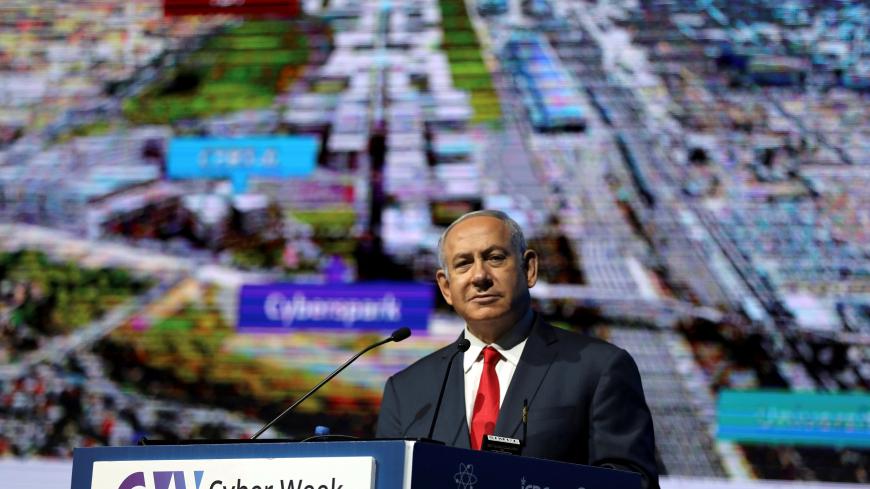 Israel is a global cyber power. Prime Minister Benjamin Netanyahu has boasted more than once that Israel is involved in almost 20% of cyber business in the world, either directly or indirectly, with partial involvement of Israeli cyber companies. Israel’s sophisticated, upgraded intelligence systems constitute an inexhaustible source of experienced, creative, professional and brilliant manpower that has transformed the Israeli cyber industry into the twin of Israel’s successful hi-tech industry. The Start-up Nation is also the Cyber Nation. However, it turns out that all these achievements are accompanied by worries and troubles.

Israeli tech experts and internet activists Noam Rotem and Yuval Adam released on Nov. 6 an investigative report uncovering an extensive cyber network that they described as “a large bot project, [Prime Minister] Benjamin Netanyahu’s fan club,” that operated on the Twitter network. The two experts also wrote that soon they will uncover additional, similar networks, only larger and more extensively branched. The techies said that they brought the data that they’d accumulated to Twitter, which then removed the hundreds of phony accounts from the network and closed them.

These accounts — bots as well as human-run accounts — were all characterized by “pathetic veneration” of Netanyahu, but also by deep loathing for his wife, Sara Netanyahu. The Israeli investigators are unable to connect the operation of this network to Netanyahu himself. The Likud party denied any connection to this activity on Twitter or other networks.

Another strange thing is that there is evidence these networks were managed from abroad through various channels. Some of these accounts received operating instructions from users on the network in Turkish. Another curious fact is that network activity reached its heights on dates in which events connected to US President Donald Trump took place, sometimes Trump alone and sometimes with Netanyahu: Trump’s visit to Jerusalem (May 2017), the relocation of the US Embassy to Jerusalem (May 2018), the US withdrawal from the nuclear agreement with Iran (May 2018) and more.

Rotem and Adam presented a detailed, reasoned and convincing investigative report; as aforesaid, they also caused quite a number of accounts to be deleted from the Twitter network. They examined and combed through almost 12,000 tweets and testified that the network they uncovered this week is only the first in a series of even more sophisticated and powerful networks.

But all of this is only the easy, relatively visible part of the cyber issue in Israel. The ground under our feet is burning, mainly because the coming year is an election year. Netanyahu’s potential rivals know that the prime minister is light-years ahead of the other players regarding cyber and social networks. They are scrambling to prepare themselves for the possibility that cyber tools will be used to intervene in future Israeli elections along the lines of the suspected Russian model that apparently operated in the United States. There are even darker, gloomier horror scenarios. “External elements” may even be able to penetrate the computer system of Israel’s Central Elections Committee to then distort the results at a critical moment on the “night after.” This could be pulled off without being discovered or blocked. These kinds of scenarios cause great concern to a lot of people within the Israeli political system.

After the dramatic election eve of 2015, a wave of rumors swept the Israeli blogosphere. This wave continues to bubble under the surface to this very day and causes different sources to suspect that the 2015 elections may have been manipulated from afar and exactly at a crucial moment. Many Israeli cyber experts tried to conduct tests — as did political agents — but found no evidence for this type of forgery.

Suspicions arose when the polls — and afterward, representative ballots from three television channels — showed a tie vote of 27 between the Likud and the Zionist Camp, exactly when the ballot boxes closed. However, the final result that was disseminated several hours later “shaved” three mandates from the Zionist Camp and transferred them to the Likud. Cyber experts and pollsters argue that the mandates that transferred to the Likud at the last minute were supposed to come from the right-wing satellite parties such as HaBayit HaYehudi or Yisrael Beitenu, and not from the Zionist Camp. One way or another, all the tests revealed nothing. The goal now is to prepare for the next round to take place this coming year, no later than November 2019.

Israel’s National Cyber Bureau controls the cyber issue in Israel. Last year, it was merged with the National Cyber Security Authority, and the unified entity is now directly subordinate to Netanyahu. Sharp criticism has been directed at this decision. Granting such absolute authority to the prime minister over the cyber issue could eliminate transparency and give Netanyahu tremendous power without any checks-and-balances system in place and without regulation of any kind. “There is a difference between the Mossad and the Shin Bet, [which] are also under the prime minister’s authority, and the cyber system,” a former high-ranking security official told Al-Monitor on condition of anonymity. “With regard to cyber, it is very hard to keep track of stuff and the use of force; we’re talking about an activity that is almost abstract, most of which does not take place in open space, in the physical realm. [The person in charge] has great power to wreak destruction without anyone else in the know. It is a slippery slope.”

This, and more: Netanyahu has free access to cyber-attack companies in the cyber field throughout the world by virtue of his being the direct commander of the Mossad and the Shin Bet. These two organizations use the services of powerful foreign cyber companies, and Netanyahu meets with the heads of these companies or their senior members on a routine basis.

On Oct. 15, in the course of a discussion in the Knesset’s Science and Technology Committee, a Cyber Authority representative told the members that over the past two years, the Authority has removed thousands of fake accounts from social networks. These accounts tried to destroy the climate of political discussions or create unsuitable political influence, he explained. Knesset member Revital Swid of the Zionist Camp tried to pose some questions to the representative, but she claims that she did not receive answers. “No one knows what the criteria are for removing accounts, who supervises them, who makes the decisions and gives the orders, and what falsified profiles [they removed]. Did they remove only those supporting the left? Does this activity involve political bias? We are talking about a black hole without any oversight at all,” Swid told Al-Monitor.

The greatest concern of all revolves now around the coming elections. According to the State Comptroller’s report that was published in May 2016, the Central Elections Committee that oversees Israel’s election process does not enjoy any cyber protection from the state and therefore is completely defenseless against external cyberattacks. The committee’s computers are not defined as “vital infrastructure” and therefore lack any kind of effective cyber protection.

Supreme Court Justice Hanan Melcer, the current chairman of the Central Elections Committee, has already delved into the depths of the issue. Al-Monitor has discovered that the Central Elections Committee is working toward the establishment of a multilayer cyber protection system under independent supervision to ensure election integrity. This development may not be enough to reassure electoral concerns. We must hope, however, that it will deter hackers.