Iran's most hard-line parliamentarians are putting a new spoke in President Hassan Rouhani's wheel by pushing for the impeachment of four Cabinet ministers. 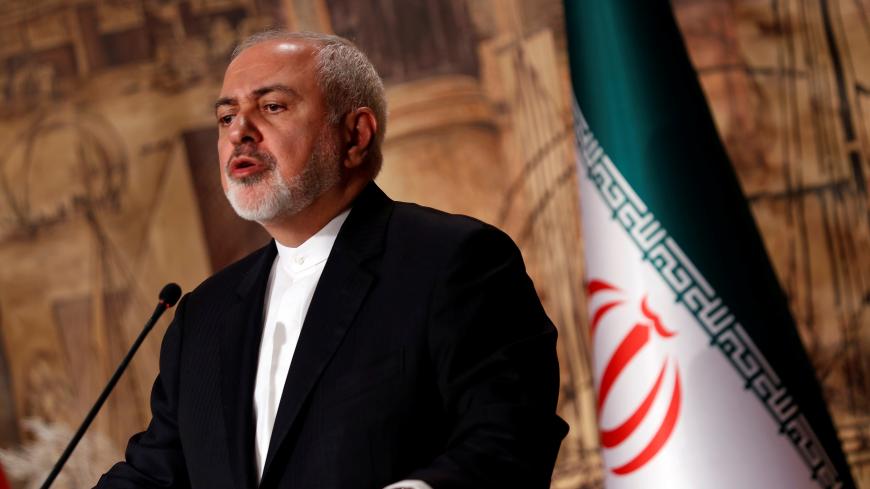 Only a few weeks after a fresh Cabinet reshuffle triggered by multiple impeachments, a group of Iranian hard-line lawmakers is going out of its way to unseat four ministers. The foreign, interior, science and education ministers are now on the list.

Foreign Minister Mohammad Javad Zarif seems to be the main target of the campaign; the lawmakers are demanding explanations on issues ranging from his "money-laundering accusations against the Islamic Republic" to "failures in economic diplomacy" to "weakening the country's defenses." A request to summon him has reached the parliament's presiding board and will be decided by the National Security and Foreign Policy Commission.

Driving the hard-liners' move were the controversial and pointed remarks Zarif made earlier this month putting the spotlight on money laundering as a problem in the Islamic Republic, opening up a can of worms.

The comments, considered to be baseless and offensive by a large majority of conservatives, are being used a pressure tool against the foreign minister, who has been a thorn in their side the past five years.

The pro-reform daily Etemad hit out at those lawmakers for their "addiction to impeachment" and abusing their constitutional powers by summoning ministers at the "wrong time." Even Javan, a conservative paper typically critical of Zarif, stood up for him by highlighting the lawmakers' timing. "Abort the Zarif impeachment," the paper advised the lawmakers, describing the plan as "fruitless and harmful." It also criticized the legislators' failure to recognize "the timing" and "Iran's current position in the face of its enemies."

Some even called it a lose-lose game for the architects of the impeachment project, saying the parliament session will only give another chance to Zarif to lash out at them with even more details and fresh revelations, while the majority of the parliament will vote to keep him in office.

Still, since the US withdrawal from the Joint Comprehensive Plan of Action (JCPOA), Iran's hard-liners have found themselves in a position where they have been able to repeatedly reaffirm their "I told you so" criticism of the Rouhani government.

The JCPOA's bleak status was reflected in comments by Deputy Foreign Minister Abbas Araghchi on Nov. 26 as he complained about "close to zero" benefits the deal has brought Iran. That was interpreted by some as a remark filled with "signs of fear about a full collapse of the deal." Araghchi's stance was shared the same day by Ali Akbar Salehi, the head of Iran's Atomic Energy Organization and a member the nuclear negotiating team, as he warned of an "ominous" and "unpredictable" situation in case Europeans fail Iran to preserve the JCPOA.

Perhaps pinning its last hopes on Europeans and expecting them to blow some life into the dying deal, the Rouhani administration is now looking to defeat the merciless hard-liners at home, whose battle seems to be more one of a purely partisan nature than one for the sake of the collective national interest.