Intel: Why the US thinks designating Houthis as terrorists could help peace in Yemen 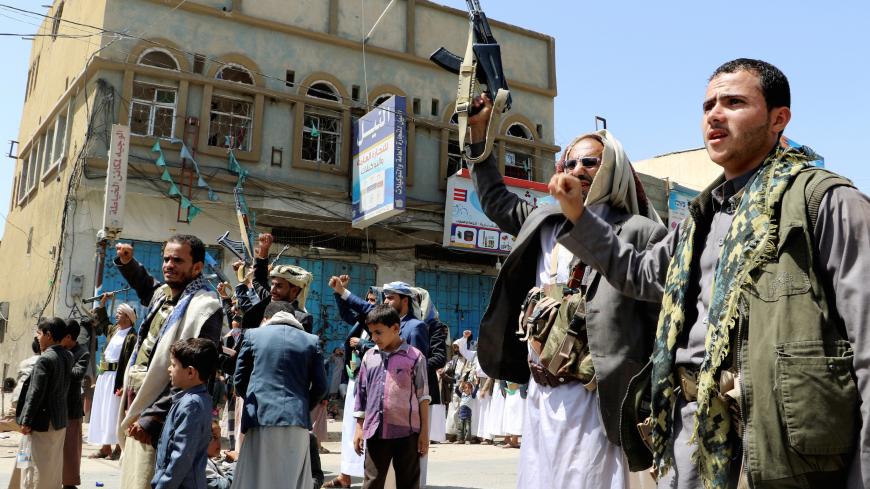 Houthi followers demonstrate to show rejection to an offer by the Saudi-led coalition to pay compensation for victims of an airstrike in Saada, Yemen, Sept. 5, 2018. - REUTERS/Naif Rahma

The Donald Trump administration is considering designating Yemen’s Houthis a terrorist organization, the Washington Post reported Thursday, just as the United Nations pushed back plans to hold peace talks to end the war between the Saudi-led Arab coalition and the Iran-backed rebels.

Why it matters: Designating the Houthis as terrorists would make it illegal for US citizens to provide money or other material support to the group. It’s not clear, however, that a movement that originated in northern Yemen in the early 1990s enjoys many Western linkages. The Houthis are believed to receive ballistic missiles and other military support from Iran, but make much of their revenue (as much as $30 million a month by some estimates) from charging duties on overland and port trade.

“I think it points to an overall viewpoint that if enough pressure is applied, the Houthis will start behaving the way the US, Saudis, and others want them to,” a former UN consultant told Al-Monitor.

Strategic differences: Even as the United States debates designating the Houthis, it has long taken a different approach in Afghanistan, opting not to label the Taliban as a terror group in order to salvage peace talks. US envoy Zalmay Khalilzad heads to the Gulf this week to build support for those negotiations. But the State Department isn’t as invested in Yemen talks: On Thursday, the Trump administration said that US Ambassador to Yemen Matthew Tueller would become US envoy to Iraq.

Some experts thought the move signals a continued US willingness to go along with Saudi policy in Yemen. “I think it’s just [a] reflexive anti-Houthi/Iran approach, or more accurately just a copy-paste of Saudi [talking points],” one former US official told Al-Monitor. “It has huge humanitarian consequences if true.”

What’s next: The US is calling for an immediate 30-day cease-fire to bring Yemen’s warring parties to the table. “Coalition airstrikes must cease in all populated areas of Yemen,” David Hale, the State Department’s undersecretary for political affairs, said Thursday, adding that if the fighting doesn’t stop, it could be “one of the world’s worst instances of famine.”

But the opportunity for talks may be squeezed by a surge in violence. Fighting has ticked up this week, as Saudi-led forces advanced deeper into the critical port city of Hodeidah, the entry point for 70% of aid to Yemen. The World Food Program said Thursday that 14 million Yemenis now risk starvation.