Young entrepreneurs are coming up with new projects and systems in a bid to cater to the water needs of the populations in the Middle East, where water scarcity could become a problem in the coming decades. 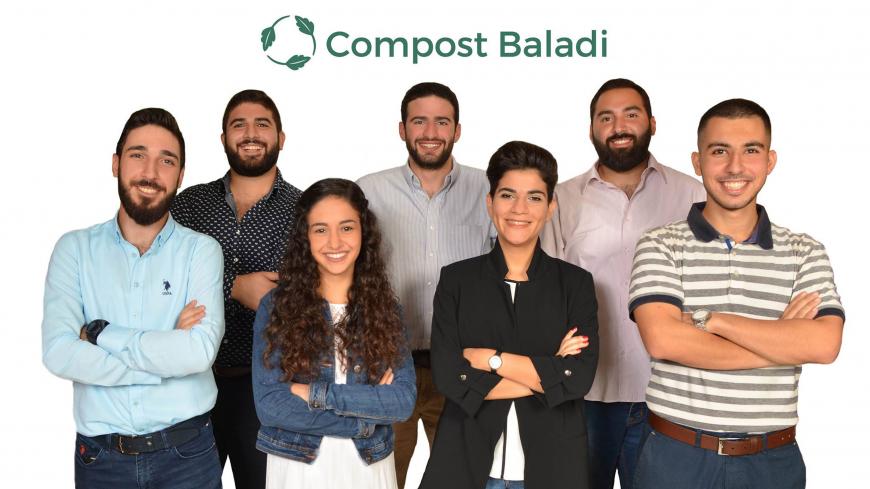 Amid exacerbating water shortages hitting the Middle East region, Hatem Marrakchi, a middle-aged Tunisian entrepreneur and co-founder of Water Dynamic, had an out-of-the-box idea to solve water problems in parts of his homeland and other countries in the region, including Palestine and Jordan.

Through a platform that includes an interactive map created by Marrakchi, users can locate the area with a water problem and the team of Water Dynamic inspects the location, verifies the problem and reports it to local municipalities and international water organizations as well as crowdfunds to solve the issue.

Water Dynamic is based in Tunis but has partnerships in Palestine and Jordan, where teams manage the organization.

“We started in 2015 and we have managed to carry out several projects in areas where severe water problems occur,” Marrakchi told Al-Monitor.

The Tunisian entrepreneur said that through his platform SOS EAU, his team succeeded in creating a model for solving severe water problems at schools in Tunisia. SOS EAU is part of Water Dynamic, which is a multistakeholder platform that aims at water preservation, good governance and valorization.

“We have 2,100 schools in Tunis that suffer from water shortages. We have implemented a project that solved water problems at one of these schools and this project will be applied to the other 2,100 schools across the country,” he added.

According to Marrakchi, his platform is also used in Palestine and is set to launch in Jordan and Egypt in the coming months, to report water problems in these two countries.

Marrakchi also runs other projects that include water treatment, a data gathering system that allows ordinary citizens to access data related to water and the environment as well as a first-of-its-kind online TV channel focused on water.

“In our country there is hardly any talk about water, and so we launched an online television platform that gives local journalists and the community a voice to share information about water. This can enhance their capacity to find more tools to solve water problems and to improve water governance,” he noted.

In recent years, many entrepreneurs in the Middle East have started to scout for innovative solutions to address water crises in the region, which are threatening their communities and putting lives at risk.

According to a 2015 study by the World Resources Institute (WRI), water supplies across the Middle East will deteriorate over the coming 25 years, jeopardizing economic growth and threatening national security.

“The world’s demand for water is likely to surge in the next few decades. Rapidly growing populations will drive increased consumption by people, farms and companies. More people will move to cities, further straining supplies. An emerging middle class could clamor for more water-intensive food production and electricity generation,” the study says.

Ramzi Bou Khalil, a Lebanese entrepreneur and co-founder of Clean2O startup, said that water-focused startups in the Middle East offer immediate and quick solutions to various exacerbating water problems in several areas in the region. Through his startup, Bou Khalil created a portable water filter that can be used by ordinary citizens in underprivileged areas or by Syrian refugees in Lebanon’s camps. The young entrepreneur is planning to start selling the filters in early 2019.

“The filter is affordable as it would be sold for $10 and it is very easy to use,” he told Al-Monitor, highlighting the pressing need for this kind of filter, as water in poor areas and refugee camps is contaminated. Bou Khalil also said that they are planning to sell the filters in other countries in the region, especially those where refugees from Syria and other Arab countries reside.

Another Lebanese entrepreneur, Marc Aoun, created a waste management station through his startup Compost Baladi that makes use of waste and sewage water in households and institutions in order to provide biogas, fertilizers and water for agricultural use. The services provided by the company are a direct response to the ongoing national waste management crisis in Lebanon as well as the water crisis.

“The station gets installed in any household or institution instead of the traditional sewage water station. It extracts three resources: biogas, sludge that is then turned into fertilizers and water for agricultural use in order to create agricultural products,” Aoun told Al-Monitor.

“We installed two such stations at Syrian refugee camps [in Lebanon] in order to provide sustainable solutions to their ongoing problems. This system provides energy, water and also food for them and can also be used by anyone in rural areas,” he added.

Aoun noted that this system can be transferred to other countries, especially for Syrians when they go back to their homeland. “This system bridges the gap between humanitarian aid and development aid. So instead of looking at each one alone, we bridge them through this system,” he added.

According to the WRI report, 14 of the world’s 33 most water-stressed countries will be in the Middle East and North Africa by 2040. Those countries, the Institute said, include Bahrain, Kuwait, Qatar, the United Arab Emirates, Palestine, Israel, Saudi Arabia, Oman, Iran and Lebanon.

Water experts say that such startups can to a certain extent contribute to solving water problems. However, they note that they need substantial government and international support.

“We are in urgent need of entrepreneurs to drive innovation in response to long-standing water problems facing our societies in the Middle East — the world's most water-scarce region — by addressing the root causes in a holistic manner and try to solve them with the key stakeholders including local government and university to boost sustainable development,” Hassan Aboelnga, a water professional and president of the Arab Youth Parliament for Water, told Al-Monitor.

“Innovation doesn’t happen in a vacuum, the majority of these startups cannot be maintained without strong partnerships, access to finance and enabling the regulatory environment to thrive,” he concluded.