Though some officials in Cairo have stated the importance of a stable relationship with Qatar, so far there are no initiatives for reconciliation. 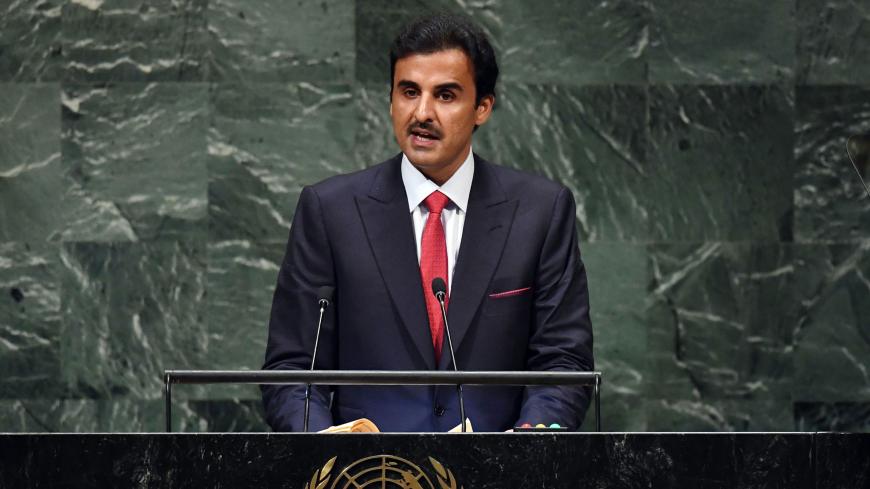 CAIRO — In a surprising statement that contradicts the usual Egyptian stance against Qatar, Egyptian Minister of Manpower Mohamed Saafan said Nov. 15 that Qatar is among the countries that treat Egyptian laborers the best, and that relations between Qataris and Egyptians are great.

Saafan was not the first Egyptian official to make such statements. Egyptian President Abdel Fattah al-Sisi said Nov. 5 during the World Youth Forum in Sharm el-Sheikh that Egypt always seeks to protect the stability of the Gulf countries, including Qatar.

Such statements raise questions as to whether the Egyptian authorities are ready to reconcile with Qatar and end Cairo’s participation in a boycott against Doha by Saudi Arabia, Bahrain and the United Arab Emirates (UAE).

Still, several Egyptian parliament members asserted in a series of press statements Nov. 12 that there would be no reconciliation with Qatar unless the demands of the boycotting countries are met.

The Egyptian and Bahraini Foreign Ministries also reaffirmed Nov. 11 their commitment to the boycott of Qatar. At a joint press conference with his Bahraini counterpart, Mohammed bin Mubarak Al Khalifa, Egyptian Foreign Minister Sameh Shoukry announced during his visit to Manama that Qatar is prolonging the boycott by avoiding the 13 demands of the boycotting countries, and that Egypt insists on these demands.

Egypt has been part of a boycott against Qatar since June 2017, claiming Qatar supports terrorism and meddles in the affairs of neighboring countries. The four countries calling for countering terrorism submitted a list of 13 demands Qatar must meet for a reconciliation. However, the Qatari administration turned down the demands — and the boycott remains in place.

Most demands require Qatar to refrain from supporting terrorism and to close Doha-based Al Jazeera international news channel, which the boycotting countries consider a tool for Qatar to disrupt its neighbors' affairs and spread harmful rumors.

The boycott took a public turn in Egypt in June 2018 when the families of five terrorism victims filed a lawsuit against Qatari Emir Tamim bin Hamad Al Thani. The victims were killed in terrorist attacks that have taken place since 2013 targeting the army, police and civilians in Egypt. Their families accuse the emir of backing terrorism in Egypt and are asking for $150 million in compensation.

The Egyptian judiciary started looking into the lawsuit Nov. 7, but decided that same day to delay it until Feb. 14 when all the evidence and defense statements should be ready.

US President Donald Trump for months has called for ending the crisis with Qatar. When the CIA recently concluded that Saudi journalist and Washington Post contributor Jamal Khashoggi had been assassinated Oct. 2 in Istanbul on the order of Saudi Crown Prince Mohammed bin Salman, many observers expected the United States to use the Khashoggi affair to pressure Saudi Arabia to reconcile with Qatar, among other things. In exchange, observers predicted, the United States would tone down its rhetoric against the Saudis in the matter.

Though Trump refuses to accuse Prince Mohammed, despite the CIA's findings, the United States and Turkey are indeed joining other countries in calling for Saudi Arabia to exit the boycott against Qatar, according to Rakha Hassan, a member of the Egyptian Council for Foreign Affairs.

“The crisis of journalist Jamal Khashoggi’s murder and the implication of some Saudi officials or staff in the crime gave the US and Turkey leeway to pressure the kingdom to reconcile with Qatar," Hassan told Al-Monitor.

Hassan said that, even if Saudi Arabia reconciles with Qatar, Egypt will not necessarily follow suit. He noted that Egypt is independent in its decisions and that its reasons for the boycott “due to Qatar’s support for terrorism” might differ from the Saudis' reasons. The Saudi kingdom blames Qatar for meddling in its affairs through Al Jazeera and other news media outlets, according to Hassan.

Therefore, Hassan concluded, “If Saudi Arabia reconciles with Qatar after receiving guarantees that Qatar will not meddle in its affairs, Egypt is not obliged to make amends with Doha in the absence of guarantees to halt supporting terrorism. Besides, the UAE and Bahrain might be on Egypt’s side in continuing the boycott.”

Ahmed al-Quesni, Egypt's former deputy foreign minister for Arab affairs, told Al-Monitor there is no contradiction between Sisi’s talk about keeping Qatar stable and Cairo's measures against it. According to Quesni, Saudi Arabia, Egypt, the UAE and Bahrain are not besieging Qatar or punishing it to harm it, but to pressure it. They want Qatar to rectify its actions by ending its support of terrorism and its backing of Iran and the Houthi rebels in Yemen, and to quit meddling in Arab states’ affairs.

He added that when Qatar returns to this path, it will ensure the stability Sisi talked about.

Ayman Samir, a journalist and researcher on Arab affairs and international relations at Al-Ahram newspaper, told Al-Monitor that Qatar is impeding the reconciliation and that it went too far by asking in August 2017 for the boycotting countries to apologize. He noted that even if these countries agreed to drop the 13 demands, they would not apologize to Qatar — and even if they did, the reconciliation would be superficial, just to lift the pressure from other countries. However, relations still would not return to normal unless the 13 demands were met.

However, Mohammed praised the Qatari economy during the Future Investment Initiative in Saudi Arabia in late October, despite the crisis and his previous statements insulting Qatar. Journalist Salim Azouz wrote in an Oct. 26 article in Al-Quds newspaper that the praise constitutes a message to Qatar and leaders of the boycotting countries, including Sisi, that a reconciliation is imminent and that Egypt has to follow suit.

Azouz noted that without Saudi Arabia, the boycott would not have the same impact.