Following the Syrian High Negotiations Committee's visit to Russia, Syrian opposition groups are faced with a choice: wait until Washington upholds its position on the country's settlement or hop on the bandwagon with Moscow. 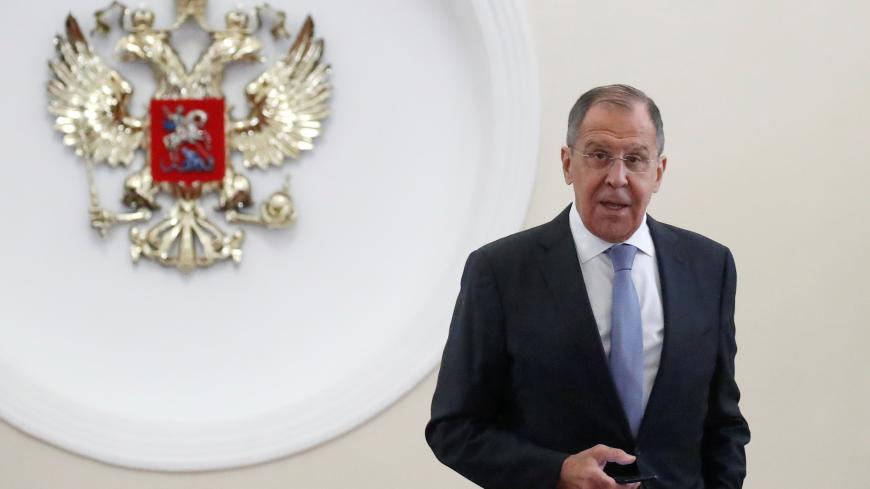 “During the conversation the parties had a frank exchange of opinions on the situation unfolding in Syria and around it, stressing the need for prompt political settlement of the Syrian crisis,” the ministry stated.

Moscow reaffirmed its commitment to the sovereignty, independence and territorial integrity of Syria, as well as its determination to contribute to establishing an effective inclusive intra-Syrian dialogue based on UN Security Council Resolution 2254 and the decisions of the Syrian National Dialogue Congress in Sochi.

What remains unclear is what lies behind these generalities and just how frank was this conversation that led to mutual understanding. The Syrian delegation pinned considerable hope on the Moscow talks.

“I am hopeful of a fruitful meeting," Hariri said at a press conference on the eve of the talks, "and expect it to be a turning point in settling the Syrian crisis and to contribute to improving the situation regionally and worldwide."

Hariri refrained from making any statements after the meeting, nor did he tweet about it. This differs from his behavior after the Riyadh talks a week earlier, when he met with James Jeffrey, US special envoy for Syria engagement. The HNC head characterized the talks as constructive and tweeted a photo of himself with the US diplomat. In Moscow, he restrained himself to outlining the issues under consideration to the journalists waiting for him after the talks at the Foreign Ministry. The issues included the launch of the constitutional committee, the situation in Idlib, efforts to rebuild Syria and the return of refugees.

The HNC formal statement describes the outcome in somewhat greater detail. However, Lavrov is hardly quoted in it. It only says that the meeting is part of Russia’s efforts to work with all parties to the conflict. Al-Monitor learned from opposition sources that the Russian party voiced concern at the talks about US attempts to build a state on the eastern bank of the Euphrates. As Syrian delegation members emphasized in conversation with Al-Monitor, the HNC stands for preserving the unity of the country and the withdrawal of all foreign forces. Yet, when asked at the press conference about the presence of Russian troops in Syria, Hariri said, “If these are states bound by agreements with Syria which do not harm its people, we respect all international agreements and documents.” He was referring to agreements on Russian bases in Latakia and Tartus.

During his conversation with Lavrov, Hariri expressed hope that Russia would play a positive role in reaching a political settlement in Syria. He highlighted the situation in Idlib, where a political and diplomatic solution had prevailed over the military one. According to him, the opposition would like to see the same scenario unfold across Syria. Given that Damascus has already re-established its control over other de-escalation zones and it is late to consider their fate, the discussion will most likely focus on the eastern bank of the Euphrates controlled by US-backed Syrian Democratic Forces, as well as the areas around the US base al-Tanf in southeastern Syria.

The launch of the constitutional committee was a special item on the agenda. Over the recent months there has been no progress in the matter, as Damascus and, later, Moscow and Tehran rejected a third of the committee candidates representing civil society. It was Staffan de Mistura who compiled the third list. Now that he will resign soon, the first session of the committee before his departure looks a forlorn hope. Until recently, it was due to start working in late November. Now the meeting is postponed till the end of the year.

Unlike the West and the opposition, Russia is reluctant to have any timetable for this process. It stresses that committee members must unconditionally be approved by all the parties to the conflict. The HNC has already claimed that the list in which people loyal to Damascus prevail is completely unacceptable. It does not share Damascus’ opinion that the committee should be headed by representatives of the Syrian authorities. Instead, it suggests a neutral figure.

The future constitution is also subject to controversy. The opposition insists on a new one while Damascus advocates amendments. At the Moscow talks, Hariri sought to explain to Russian diplomats that the regime was the obstacle to a political settlement and that it would never make concessions and would refuse to implement what “God wants.”

Moscow, however, will never embrace a political settlement that will be completely at odds with the position of Damascus. The situation is compounded by Washington’s greater activity across Syria’s political landscape, with the opposition putting high hopes on the United States. In his interview with Kommersant, HNC Secretary-General Safwan Akkash made it clear that an informed and well-thought-out decision was impossible to reach if the United States sat on the sidelines waiting for Russia to resolve the issue. At the same time, he emphasized the infeasibility of a political decision until Russia and the United States forged an agreement.

Of special importance for the Syrian opposition is Washington’s demand for Iran to withdraw from the country — another item on the agenda of the Moscow meeting between Hariri and Lavrov. Showing a map marking the Iran-controlled areas, the chief negotiator for the Syrian opposition said at the press conference that “Iran makes its current presence felt in almost 123 regions which used to be under the opposition’s sway. It has already established military bases there.” Although Hariri must have unfurled the same map at the Russian Foreign Ministry, Moscow is unlikely to change its mind. It has repeatedly called the Iranian presence in Syria legitimate.

Another point that the two sides hardly managed to agree upon is Syria’s reconstruction. Actually, the HNC is on the same page as the United States and Europe, saying that free elections and a new constitution should come first. Following the meeting, Hariri concluded his body’s official statement by pointing out that “all of us seek to see a refugee return, a renewed and facilitated constitutional process, and UN-monitored elections, which requires some common denominator, as well as a safe and unbiased environment. Nobody can go back to the past.”

Interestingly, the delegation was not received by either the Russian president’s special envoy to Syria, Alexander Lavrentiev, or by Sergey Vershinin, another deputy foreign minister, even though all the settlement-related issues fall within their scope and competence. Yet they may have been busy preparing for a four-nation summit in Istanbul scheduled the day after Hariri’s visit to Moscow.

In general, whether it was a fruitful meeting can only be established by forthcoming negotiations on Syria’s future. Hariri did not rule out the HNC’s participation in another Astana meeting.

“I do not know how it will happen and what issues will be on the agenda," Hariri said. "Anyway, we, as the opposition, are open for any efforts directed at reaching a political settlement.”

Some individual members of the HNC were part of the Astana process, including Ahmad Toma, head of the Syrian armed opposition delegation. As Safwan Akkash made it clear in his conversation with Al-Monitor, the HNC does not oppose the Astana process. Rather, it disapproves of the group solving those political issues that are to be considered by the UN-led Geneva group. This, actually, provided a pretext for the opposition not to attend the Syrian National Dialogue Congress in Sochi, which ended in a decision to establish a constitutional committee. Despite the official boycott, some opposition members took part in deliberations. Consequently, the boycott tactics turned sour. The HNC, in one way or another, had to comply with the Sochi decisions when they agreed to work toward forming the constitutional committee.

It remains to be seen which strategy the opposition will opt for now: either wait for Washington to uphold its stance on a political settlement or to work together with Moscow, despite all the differences.