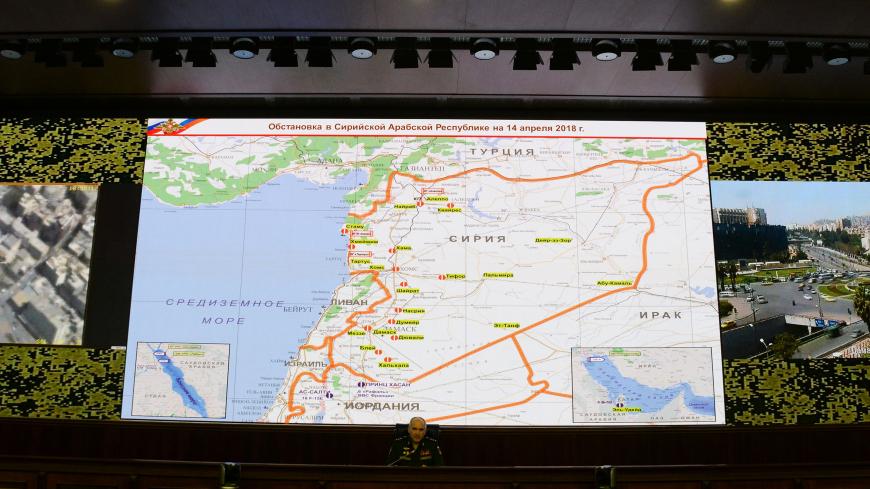 The Defense Advanced Research Projects Agency — or DARPA — has awarded at least $9.6 million worth of contracts over the past couple of months for radio systems designed to protect US signals used to call in air and artillery strikes. The agreements with US defense contractors Northrop Grumman and L3 Technologies come amid rising concerns that Russia could intercept and manipulate US targeting data.

DARPA says in contracting documents that the program aims to defend against a so-called kill chain, enabled by electronic warfare weapons, that could paralyze opponents and then pummel them with overwhelming firepower. Russia has deployed a bevy of electronic warfare systems in Syria to defend bases and air assets that are potentially capable of jamming and tricking US systems, experts say.

“The US military recognizes that Russian electronic warfare capabilities are evolving to the point where they can pose a threat to US systems,” said Samuel Bendett, a research analyst at CNA, a Washington-based defense think tank. “When it comes to Syria, Russia has used it as a massive laboratory for its weapons.”

The announcement of the DARPA program comes as US military officials are increasingly expressing worry, both privately and publicly, about the threat of Russian electronic warfare systems on the Syrian battlefield. In April, NBC News reported that the Russian military had jammed GPS signals to US drones in Syria, a technique first honed in Ukraine. US special operations chief Gen. Raymond Thomas has called the war-torn country “the most aggressive [electronic warfare] environment on the planet.”

The program will support Special Operations Command, the Marine Corp, and the Air Force’s command tasked with rescuing missing US troops. A DARPA spokesman did not respond to requests for comment. A representative for L3 Technologies, one of the contract awardees for the radio technology, refused to answer Al-Monitor’s questions at the US Army’s annual trade show last week.

The US campaign in Syria, including the fight for the former Islamic State capital of Raqqa, has relied heavily on the integration of close air support with American-backed proxy forces such as the Syrian Democratic Forces. Former military officers told Al-Monitor that advanced Russian electronic warfare systems could potentially be used to provide false targeting data to US troops coordinating close air support, mitigating their effectiveness.

“If [the enemy] can mess with those computers to provide wrong data, you could potentially call in airstrikes against your own position.”

“If [the enemy] can mess with those computers to provide wrong data, you could potentially call in airstrikes against your own position,” said Adam Routh, a research associate at the Center for a New American Security and a former Army Ranger who helped direct US close air support in Afghanistan. “It’s a high-risk activity. You’re not typically miles away. You’re typically hundreds of yards away.”

A major challenge, Routh said, is that the US military is used to operating in “permissive” environments such as Afghanistan, where there are fewer sophisticated challenges to deny American airpower on the battlefield. But if troops can no longer communicate or develop targeting data, “close air support becomes more time-consuming or impossible,” he said.

A top US commander who spoke to Al-Monitor said that the military is waking up to the severity of the threat after getting outpaced by Russia in recent years.

“On the communications front, we have to secure our networks,” said US Army Lt. Gen. Paul Funk, who commanded the US-led coalition fighting the Islamic State in Iraq and Syria until June. “Our adversaries are going to adapt all the time, so we have to adapt faster and more frequently.”

Funk, who now commands the Army’s III Corps out of Fort Hood, Texas, said he was not aware of the DARPA-led program.

Since entering the conflict in 2015, Russia has rotated “everybody who’s anybody” in the military through Syria, said CNA’s Bendett. Valery Gerasimov, who leads Moscow’s armed forces, has described the Syrian battlefield as a preview for future wars. That includes ingraining electronic warfare (EW) into military training.

“Whenever we talk about Russian EW systems, it’s the constant training,” Bendett said. “They’re doing this around the clock.”