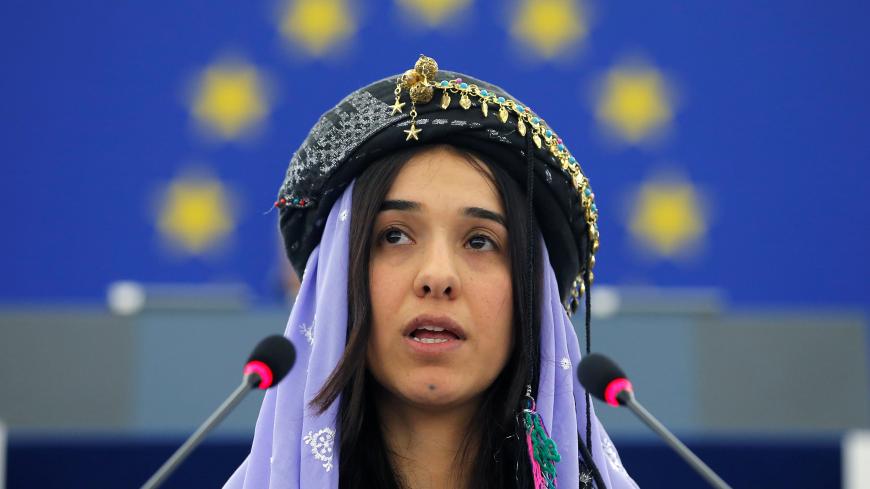 Murad was forced into sexual slavery at age 21 when the Islamic State targeted the ethnic and religious minority group for genocide in Iraq in 2014. Since fleeing the group after three months of captivity she has been named the UN’s first Goodwill Ambassador for the Dignity of Survivors of Human Trafficking.

For more on the Yazidis, check out Al-Monitor’s coverage of the Yazidi genocide, including the thousands of Yazidi refugees displaced in Turkey and Ankara’s threats to attack the Yazidis’ home in Iraq, Sinjar.