How dating app helps gay community speak out on discrimation

Grindr, the primarily gay and bisexual dating application, has changed the gay, bisexual and queer community in the Middle East and North Africa and is now being used as a resource. 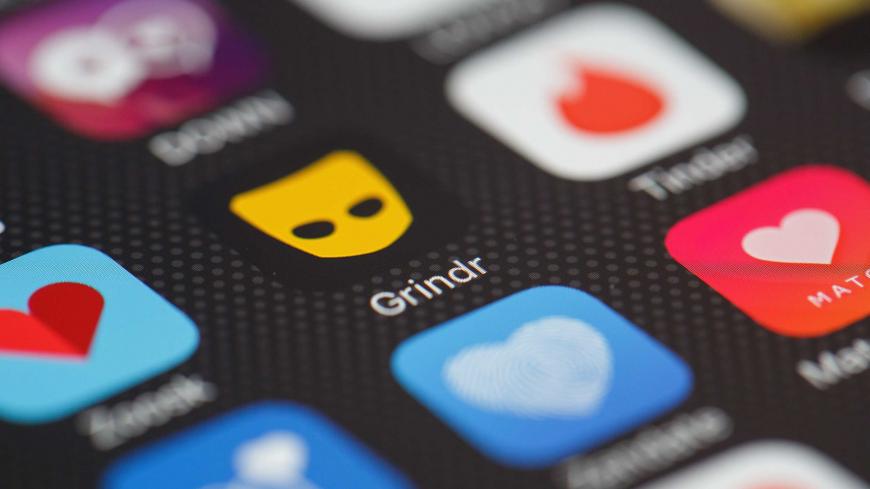 The Grindr app logo is seen among other dating apps on a cellphone screen in London, England, Nov. 24, 2016. - Leon Neal/Getty Images

For almost a decade, the dating application Grindr has connected gay, bisexual and queer men throughout the Middle East. Its reach has attracted nongovernmental organizations (NGOs) that are now using the application to collect and dispense information to an often marginalized community.

On Oct. 2, MOSAIC, a Lebanese NGO focused on combating transphobia and homophobia, published a report titled “The Regional Livelihood of GBTQ Using Grindr.”

MOSAIC partnered with the Arab Foundation for Freedoms and Equality, a LGBTQ rights NGO based in Lebanon, and Grindr for the report. The study gathered its data through surveying the users of Grindr in the Middle East and North Africa.

With over 1,700 respondents from 21 countries, the report tackled a wide variety of social issues affecting the GBTQ community in the Middle East and North Africa.

The findings show that 75% of the respondents have experienced anxiety, depression or both; only 6% of GBTQ people had families that knew of and supported their sexuality, and 15% faced housing discrimination.

Employment discrimination was significantly more common than housing discrimination, with half of those surveyed reporting some form of workplace prejudice. One out of 10 respondents said they were not hired for a job they were qualified for because of their sexual orientation and gender identity (SOGI). While 37% said they hid their SOGI to gain employment, with one Grindr user saying, “Everyone hides their sexuality here. You would be deported otherwise.”

Another major finding was the lack of access to information and knowledge around rights of GBTQ people in the region, as 68% said they did not know what to do when arrested.

Even those who did know what to do were ambivalent about the consequences of following a procedure, with one anonymous respondent saying, “Believe me there is nothing to be done. The law is enforced based on the police officer’s mood. You have no rights no matter what laws, and articles, and constitutions say.”

The survey highlights both the ignorance around GBTQ rights and cynicism of their enforcement. Therefore, respondents were more likely to keep their SOGI private, with only 13% saying that all of their friends knew of their sexual orientation.

The secrecy surrounding the GBTQ community has made it challenging for organizations to collect information on these groups.

MOSAIC project officer Mario Abboud worked closely with Grindr on the report and told Al-Monitor about the difficulties experienced in the past when collecting data on marginalized communities in the region.

“It’s hard to target [GBTQ people] on Facebook [and other social media]. … How can we reach out to them?” Abboud added. “Grindr really gave us access.”

Grindr was launched in 2009 mirroring other dating applications such as Tinder, only designed for GBTQ relationships. It was met with controversy in the Middle East and North Africa as many countries in the region still view homosexuality as a crime, and it has previously been partially or completely blocked in Turkey, Iran and Saudi Arabia.

However, the application has been embraced by predominately gay and bisexual men, with a small trans and queer user base, collectively referred to as GBTQ. The success and controversy of the application led to the creation of a social outreach arm of the company, Grindr for Equality (G4E), three years ago.

While initially launched to protect and inform its users, G4E quickly gained access to the GBTQ community.

Azza Sultan, the associate director of G4E, told Al-Monitor, “The most interesting thing about Grindr is the geographical location. … It is everywhere.”

She added, “The application is so popular in so many places that it gives [us] an advantage to reach people.”

However, this popularity has also been used against the community. Last year, the Egyptian authorities targeted the LGBTQ community following the waving of a rainbow flag, a symbol of gay pride, at a concert of the Lebanese rock band Mashrou' Leila in Cairo. Within a month of the event, over 40 arrests were made.

During this period the authorities would often use Grindr to find and arrest gay men. According to Sultan, between 80% and 90% of arrests in Egypt were through entrapment, often involving the application. She noted that “gangs” would also use the application to "lure [Grindr users] to places [where] they would face violations and robbery.”

To combat this, Grindr sent out public service announcements. Sultan explained, "There was a pop-up message [on the application] that said, 'If you are a queer person in Egypt there is a crackdown and you can go to this link for more information on how to protect yourself.'"

Grindr users are also conscious of the risks of the application. A Lebanese user of Grindr, with the alias Gabriel, told Al-Monitor, “In Lebanon you don’t feel safe. … You never know the intention of the people talking to you. They could be a spy … or someone with relations to the police.”

He added, “Generally the law doesn’t allow us to be free and have rights. So if anything happens we can’t accuse the perpetrator.”

However, Gabriel, like many others, does not have an entirely untrustworthy view of Grindr, and said the application has radically developed the community. “Honestly Grindr has changed a lot. Because when you are closeted you feel like you are the only one in the universe who is like that. … But you open [Grindr] and find that there are 30 people nearby who are like you.”