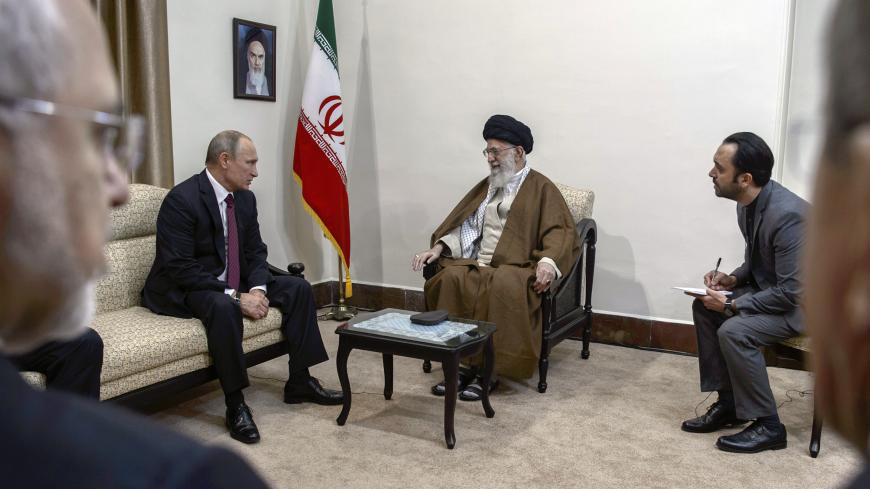 During an Oct. 17 speech to young scholars and academics in the country, Iran’s Supreme Leader Ayatollah Ali Khamenei encouraged young Iranian scientists to "look east." Khamenei spoke of the “necessity of having scientific relations with countries that are moving in the direction of growth,” and added, “These countries are primarily in Asia.” Khamenei went on, “Therefore we have to look east rather than west, because looking toward the West and Europe” offers only delay and diminishment.

While Khamenei was speaking in the realm of scientific connections, the speech has political ramifications as well. After US President Donald Trump’s exit from the Iranian nuclear deal, the administration of President Hassan Rouhani has been looking to Europe to salvage the deal and maintain economic relations. While the foreign policy chief of the European Union, Frederica Mogherini, has been eager to keep the nuclear deal alive, European companies, fearing the long arm of US sanctions, have been exiting the Iranian market.

Many young Iranian scientists have historically chosen the United States and Europe as destinations to further their academic study. The resources and financial opportunities in Western countries and universities have lured young Iranians for decades. But with the travel ban on Iranians instituted by the Trump administration, Iranians may have no choice but to look eastward.

The "looking east" doctrine is nothing new for Iranian officials, particularly Khamenei and those close to him. Ali Akbar Velayati, Khamenei’s longtime foreign policy adviser, has in recent months advocated focusing on the country’s “strategic” partnerships with Russia and China. Rouhani came into office in 2013 promising better relations with the world, particularly the West. But with the fate of the nuclear deal in limbo and Europe unable to guarantee its sustainability despite Iran’s adherence to it, Iran may have no choice but to look east politically and economically as well as scientifically.

Despite advocating for Iran to turn its back on the West, Khamenei stressed the importance of addressing the “propaganda war” that is being waged against Iran, particularly enemy countries in the West. Khamenei compared the “propaganda and media war” against Iran to that of the Iran-Iraq War of the 1980s in which the United States, Western Europe and most Arab states supported Iraqi President Saddam Hussein. “Our propaganda infrastructure, just like the beginning of the Sacred Defense, is small,” Khamenei said, using one of the more popular terms in reference to the Iran-Iraq War. “But just like that war, which we won by divine grace, without a doubt we will be victorious in this war as well.”

Khamenei added that enemy countries are using propaganda to depict “the wrong picture” of Iran and encouraged young Iranians to “perform their duties for the victory and pride of Iran.” Khamenei did not elaborate on how young Iranians should counter this media narrative.

In related news, on Oct. 17, Twitter published an archive of over 10 million tweets it claims originated in Russian and Iranian troll farms to assist investigations into online disinformation campaigns.