Intel: Why the US is sanctioning Iran’s Basij militia 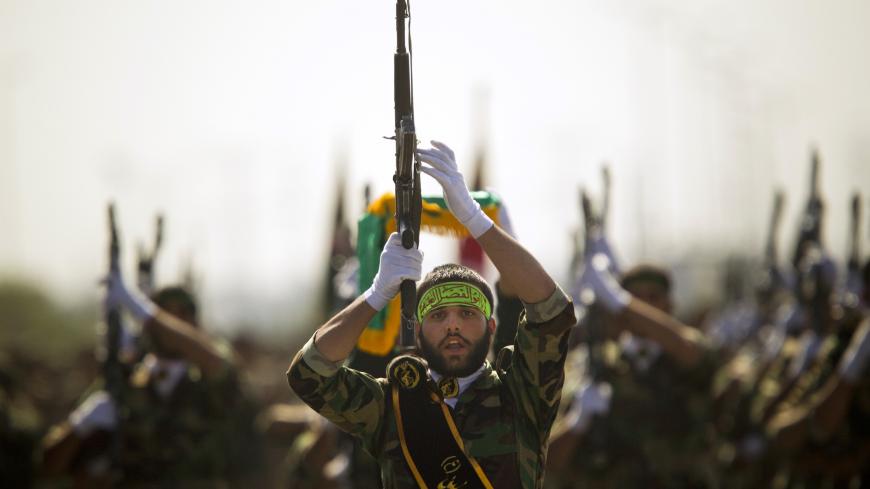 Members of Iran's Basij militia march during a parade to commemorate the anniversary of the Iran-Iraq War (1980-88), in Tehran, Sept. 22, 2010. - REUTERS/Morteza Nikoubazl/Files

The paramilitary force is tasked with exerting the IRGC’s will over Iranian society. But it also fights on behalf of the Bashar al-Assad government in Syria.

Why it matters: The announcement comes as the Donald Trump administration hopes to dissuade other countries from doing business with Iran following the US withdrawal from the nuclear deal. Washington is set to reimpose major sanctions on Iran’s energy sector next month.

“This is the quintessential example of why we still often talk about the dangers of doing business in a country that has widespread malign activity,” a senior administration official said on a background call with reporters. “There is so much obfuscation in Iran and no transparency, which makes it extremely difficult to know what you’re dealing with and what your business activities are actually funding.”

“They engage in violent crackdowns and serious human rights abuses across the country,” said the senior administration official. “Most disturbingly, they are involved in the recruitment, training and deployment of child soldiers to fight the IRGC-fueled conflicts across the region.”

And sanctions for all: The sanctions come as prominent lawmakers have called for sanctions and arms sales holds for Tehran’s archrival Saudi Arabia for its alleged murder of exiled journalist Jamal Khashoggi, complicating Trump’s efforts to coordinate a regional strategy against Iran.

“I think all of our regional partners are extremely important to that effort and the Saudis are an important component, but we have a range of them in the Middle East and the Gulf from Egypt to Bahrain,” said another senior administration official.

What’s next: The next round of sanctions will be far more damaging to the Iranian economy. Foreign companies have until Nov. 4 to cease importing Iranian oil or risk being cut off from the US financial system. It remains to be seen which countries, if any, will receive US waivers to keep importing Iranian oil and whether European and Asian efforts to facilitate such transactions will work.

Know more: Stay plugged in to Al-Monitor’s Washington Pulse for the latest on US action against Iran and its regional proxies.