Intel: What the US hopes to salvage from its relationship with Iraq 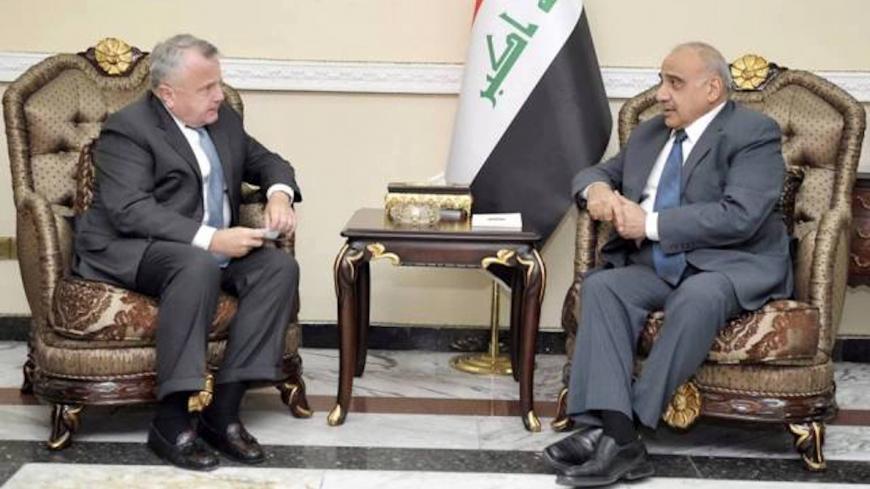 Deputy Secretary of State John Sullivan is visiting Iraq with a high-level US delegation this week to meet the country’s new president and the prime minister-designate in the first such visit since elections in May.

Why it matters: Sullivan, a seasoned bureaucrat, is getting to know Iraqi Prime Minister-designate Adel Abdul Mahdi and President Barham Salih for the first time while Secretary of State Mike Pompeo is preoccupied with the disappearance of Saudi journalist Jamal Khashoggi. The visit is an opportunity to restructure the US relationship with Baghdad amid growing Iranian influence in the country.

Specifically, Sullivan’s visit could provide an opportunity to get the US-Iraq Strategic Framework, a document that lays out Washington’s ties with Baghdad, into more cohesive form after the deal got bogged down by six working groups.

“I think they’re kind of collapsing it down to focus on what’s important,” said Michael Knights, a fellow at the Washington Institute who recently returned from a visit to Iraqi Kurdistan. “We tried to do broad-based work across a vast range of subjects and not much got done. Now they want to focus.” One option, Knights added, could be to narrow the working groups charged with implementing the pact into two lanes: Political-Military and Energy/Economic cooperation.

“I'd think the key priority would be to maintain military cooperation,” said Kirk Sowell, head of Utica Risk Services, a Middle East-focused consulting firm. “That's the only area where we have a vital interest where the impact is tangible in any way at all.”

New kid on the block: Priority No. 1 for the man named to become Iraqi prime minister is shoring up his job security. As a compromise candidate, the new leader has a weak footing in Iraqi politics, experts say.

“His main problem is that he has conflicting demands and no real legislative or political base,” Utica’s Sowell said of Abdul Mahdi. The prime minister-designate, Sowell said, “owes his nomination” to Shiite cleric Muqtada al-Sadr, whose Sairoon coalition came in first in the May elections.

“The other political leaders don't like this non-party ministers idea,” Sowell added. “I doubt the relationship with the US is a major priority.”

Same old bad guys: Forging ties with the new government is all the more important amid signs that the reason the US got back into Iraq in the first place — the Islamic State — might not be eradicated just yet. Tribal leaders in Anbar province affiliated with the Iran-backed Popular Mobilization Units say the militant group is resurfacing under the name Ansar Sharia.

What’s next: Abdul Mahdi has 30 days to put together a cabinet and present it to parliament.