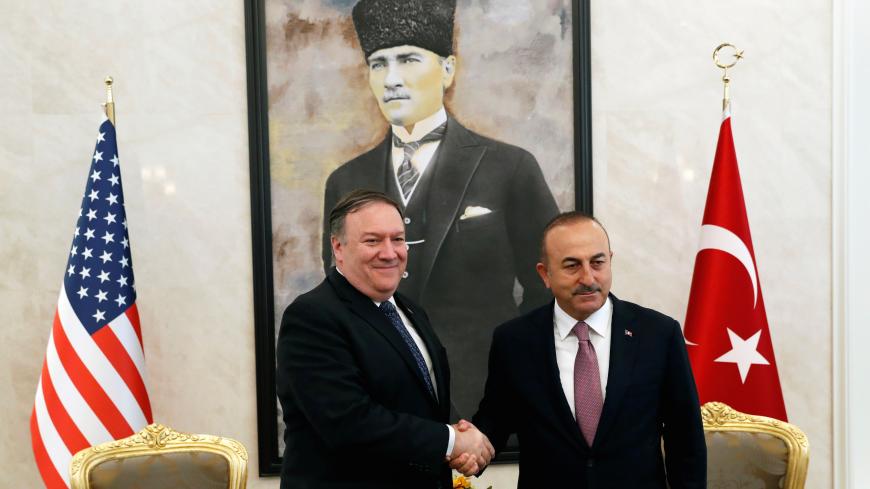 The apparent murder in Istanbul of Saudi journalist Jamal Khashoggi, allegedly on the orders of Crown Prince Mohammed bin Salman, has fueled speculation that Turkey could use the global scandal to help reset its badly bruised relations with the United States. Some opine that Ankara can milk the Washington Post columnist’s disappearance to extract concessions from Washington on a range of issues including Syria and sanctions. Others think the Donald Trump administration can even be convinced to pull its support for the crown prince, a Turkish bugbear due to his hard line on the Muslim Brotherhood and Qatar.

Why it matters: The US-Turkish relationship has been in virtual free fall ever since the July 2016 attempt to violently overthrow Turkish President Recep Tayyip Erdogan. For the first time there’s even been talk — albeit overwrought — of Turkey getting kicked out of NATO. An unstable and unpredictable Turkey cast adrift, with its 3.5 million Syrian refugees, would spell big trouble for Europe and attendant benefits for Russia, ever eager to deepen the wedge with the West.

The poisoned well: Turkey blames Pennsylvania-based imam Fethullah Gulen for the failed putsch and detects an American hand in the affair. The US rebuttal of Turkish demands for the preacher’s extradition have sharpened Ankara’s suspicions. And the US partnership with Kurdish fighters in Syria who are tightly intertwined with militants fighting the Turkish army has only made matters worse. But Erdogan’s biggest gripe is the ongoing investigation into Turkish state lender Halkbank over a massive money laundering scheme to help Iran evade US sanctions. Erdogan wants the probe shelved amid fears it may implicate his inner circle. He also wants a pending multibillion-dollar Treasury fine on Halkbank to be scrapped. Washington, again, has refused to budge.

Wrongheaded optimism: Brunson’s release has prompted starry-eyed takes on how Washington and Ankara are on the path to full reconciliation and how the Khashoggi tragedy will accelerate this trend. But they don’t take into account that Turkey continues to hold other US citizens, notably NASA physicist Serkan Golge, along with three Turkish nationals working for US diplomatic missions in Turkey. Likewise, Ankara hasn’t canceled an order for Russian S-400 air defense systems, driving the Pentagon crazy. And friction over Syria has not abated.

What’s next: Is Washington going to look past all of this in order to help salvage Mohammed bin Salman, the crown jewel in the Trump administration’s anti-Iran camp? In other words, will it make some kind of deal to persuade Turkey to withhold the gruesome evidence pointing to the crown prince’s alleged culpability, which Turkish officials keep signaling they have through strategic media leaks?

The question is moot. As things currently stand, the crown prince's fate seems to increasingly hinge on the inner dynamics of the Saudi royal family as they weigh the price of keeping him on as de facto ruler. Western governments and the United Nations are calling for a full and independent probe. The financial community is airing cautious worry. What appears to have begun as an ill-conceived hit job has blown up into an international scandal in which Turkey’s relations with the United States are a detail, not a driver.

Know more: Al-Monitor is closely monitoring the impact of Khashoggi’s disappearance in Washington and across the region. Read our full coverage here. For even more insight into US-Turkish relations, be sure to listen to the latest episode of Al-Monitor's podcast "Off the Hookah" featuring Amberin Zaman and Julian Pecquet.