Lawmakers ripped into Pentagon officials after the Trump administration suggested it would keep US troops in Syria to counter Iran’s presence in the war-torn country. 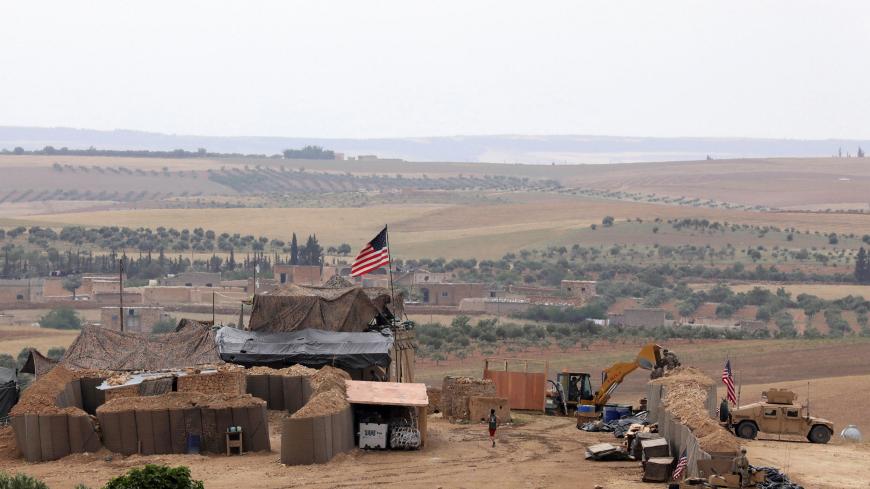 Members of Congress from both sides of the aisle called into question America's military role in Syria at a House hearing today, following comments from national security adviser John Bolton that US troops would stay in the war-torn country until Iran left.

The two Defense Department officials called to testify before the House Armed Services Committee's oversight panel, Assistant Secretary Robert Karem and Brig. Gen. Scott Benedict, said the United States was not conducting direct military operations against Iran. But they said diminishing the influence of Iran-backed groups active in Syria, such as Lebanese Hezbollah and the expeditionary Quds Force, remained a “primary objective” of the 2,200 US troops serving there.

“That sounds to me like we’re sending our military to Syria to counter Iran,” Rep. Seth Moulton, D-Mass., the top Democrat on the panel, said of Bolton's comments.

“You’re telling these troops when they can come home,” Moulton, a veteran of the 2003 Iraq War added in a heated exchange with Karem.

The defense official clarified that while the United States had no legal authority to fight Iranian groups directly, it could pressure Tehran by keeping troops in the country longer at bases such as al-Tanf, which sits near a known Iranian supply line.

“In Syria, chairwoman, our role is to defeat [the Islamic State],” Karem told panel chairwoman Vicky Hartzler, R-Mo. “That’s it.”

Hartzler said she was “concerned” by Karem’s characterization that countering Iran in Syria would be a main effort for the United States.

Despite the growing concerns about US policy, Congress has little bandwidth to deal with Syria at a time when it's consumed with a controversial Supreme Court pick and the midterm elections. Only two House members were present for the beginning of the hearing, which was followed by classified testimony from Karem and Benedict.

From the get-go, Karem deferred critical details of the US presence in Syria to the classified hearing, frustrating members who sought to hold the Donald Trump administration to the president's spring promise to take US troops out of Syria “very soon.”