US-Egypt war games kick off Saturday, a sign that the Pentagon is serious about reviving the flagging relationship. 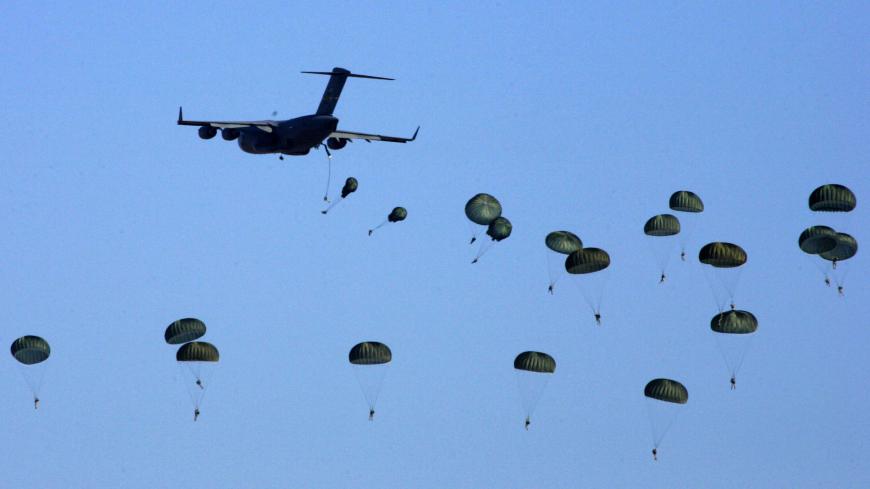 The Pentagon kicks off war games in Egypt on Saturday for the second year in a row, an unusual step signaling the Donald Trump administration’s support for President Abdel Fattah al-Sisi despite lingering human rights concerns.

US-led Operation Bright Star, meant to hone Cairo’s ability to fend off militant groups such as the Islamic State in the Sinai Desert, had been held on a year-on, year-off basis for more than 30 years, from 1980 until the 2011 Arab Spring. Holding the exercises with 200 American troops for a second straight year — just weeks after the State Department released $195 million in military aid frozen under former Secretary of State Rex Tillerson — is widely seen as a strong signal that the US administration will continue the $1.3 billion military relationship.

The Egyptians, a former US official told Al-Monitor, “are now free to act as they wanted to all along.”

Defense Secretary Jim Mattis has been leading the push for normalization, the former official said, in spite of the State Department’s concerns over the detention of two Americans, Egypt's close ties with North Korea, and the Sisi government’s crackdown on nongovernmental organizations.

“Mattis was one of the major proponents for lifting the hold on assistance and was fairly aggressive on getting [Secretary of State Mike] Pompeo to lift the hold,” the former US official said. “He views Sisi as a major ally of the US.”

Pompeo, by contrast, doesn’t seem to have a strong view on the matter. “I don’t think he views it as a priority to reach out and build a relationship with the Egyptians,” the source said.

Central Command did not respond in time for publication to Al-Monitor’s inquiry about whether the exercise would take place annually.

A tighter US-Egypt relationship still may not get Sisi the high-tech American military gadgets he’s asked for, including armed drones. A State Department official told Al-Monitor that the agency will continue to focus Egypt’s annual $1.3 billion Foreign Military Financing (FMF) allowance on counterterrorism, border security, the terror fight in Sinai, maritime security and sustaining the weapons systems Cairo has already purchased. The policy is a continuation of Barack Obama-era rules put in place after the United States re-established ties with Sisi in 2015, a year after the former defense minister took power in a military coup.

The Trump administration also has not restored cash flow financing to Egypt, which was discontinued in 2015, that would allow Egypt to buy US military equipment on credit.

Despite the Pentagon’s efforts to improve the relationship, experts told Al-Monitor that Egypt since 2016 has blocked the US military from accessing Sinai to make sure US weapons aren’t used to commit human rights violations, as called for under US aid law. Inspectors haven’t been allowed into the northeast region of the desert, where the fight against the Islamic State is taking place.

Those incidents — and reports of human rights violations by the Egyptian military in the yearslong conflict against the terror group — have raised concerns that Cairo could give lip service to American conditions on military aid.

“There is a belief that this money is needed to maintain a good working relationship with Egypt,” said Zack Gold, an associate research analyst at the CNA defense think tank. “In many ways, it has created a dependency, an expectation of assistance.”

The administration’s confidence isn’t unanimously shared by Congress, where some lawmakers fear that Egypt is moving in the wrong direction when it comes to human rights.

“We’re about where we have always been,” said an aide to Sen. Patrick Leahy, D-Vt. “The secretary of state made a calculation to waive the democracy and human rights conditions and release $195 million in 2017 FMF. Even though President al-Sisi is an autocrat and the armed forces are unaccountable, the White House has other priorities.” He said top House lawmakers on the panel support the State Department’s ability to waive the conditions on military aid.

The aide said Sen. Leahy is holding up $105 million in 2017 FMF. He has called for reparations for an American citizen grievously injured in an Egyptian military attack, fair public trials for prisoners, access to Sinai to investigate the use of US military equipment, and resolution of the 2015 NGO convictions and subsequent law.

Lawmakers believe little, if any, progress has been made. “The administration can’t make a credible case that the Egyptians have met the conditions in US law,” the aide said. “President al-Sisi is taking the country in a different direction.”

by Murielle KASPRZAK and Joseph SCHMID | AFP | May 26, 2022
END_OF_DOCUMENT_TOKEN_TO_BE_REPLACED