The Palestinian government is now regulating private security companies in the West Bank, seeking consistency among them and implementing basic requirements for them to receive licenses. 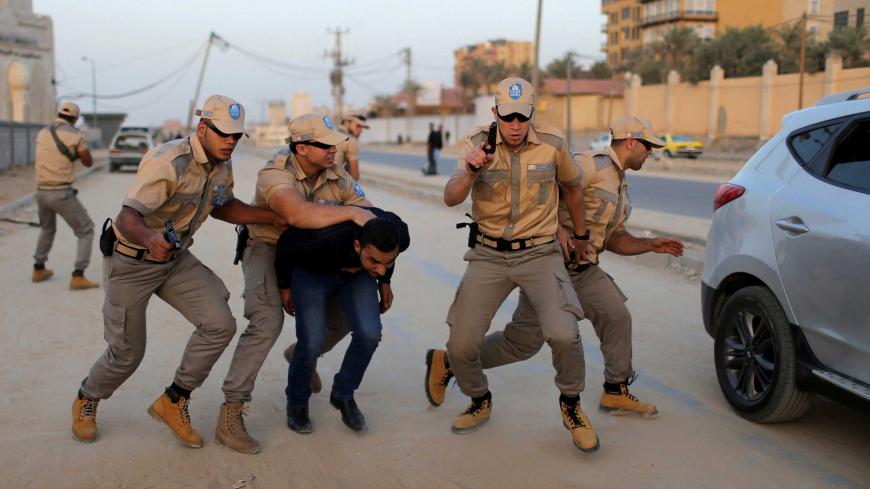 RAMALLAH, West Bank — The Palestinian Ministry of Interior in Ramallah this month began accepting licensing requests from potential security companies, and has launched a process to regulate existing ones.

“The government’s decision to license private security companies is aimed at easing the pressure on the police, because it's impossible to deploy police officers to guard public places such as parks, shopping places, universities, institutions and banks," Abdel Nasser al-Sairafi, head of the licensing committee at the Interior Ministry, told Al-Monitor.

The official gazette in May published information on the new system, which categorizes the nature of services the companies provide, such as guarding and protecting facilities and buildings, individuals, valuables, movable and immovable property and any other services approved by the Interior Ministry.

The set of conditions for granting licenses includes: A company must be owned by a Palestinian residing in Palestine and holding at least 51% of the company’s capital, owners must have a clean record and obtain a certificate of good conduct from the Interior Ministry, and the business must register as a public ordinary company with the Ministry of Economy and comply with any instructions issued by the Interior Ministry.

Employees also must be of Palestinian nationality, have a certificate of good conduct from the ministry and have no record of felonies or misdemeanors. They cannot be public servants and must take courses in security services provided by a ministry-approved entity. Employees must be at least 18 years old.

Hemaya Security Solutions director general Tariq Kandah told Al-Monitor that before the system was established, security companies operated without any uniform legal parameters for their specific work, but rather observed the Ministry of Economy’s general laws for companies and licensing.

Work on the new system began in late 2016 with a committee formed within the official Palestinian security services. According to Sairafi, the Interior Ministry consulted with existing security companies and met several times with members of the General Investigation Department in the Palestinian police force in 2017 to discuss establishing a system that defines the firms' work. The results were referred to the Ministry of Interior as a competent authority to form a binding system.

The Ministry of Interior sent a letter in the second half of August to more than 18 security companies, giving them 90 days to start adjusting to the new system, after which they will have one year to meet licensing requirements, Kandah said.

He noted that existing companies aren't necessarily doing anything wrong, but all the firms need to conform in certain categories. For example, security vehicles are currently all different: Some have light panels, others do not; some have sirens; some look like the vehicles of the Palestinian security services. Even uniforms differ and some are very similar to official security attire worn by the police or the presidential guard.

Kandah believes the system will reflect positively on the nature of security companies' work. “Now that the Ministry of Interior is in charge of licensing private security companies, institutions will trust us and hire us to handle their security," he said.

The Interior Ministry's Sairafi explained that the ministry’s licensing committee will determine the kind of equipment to be issued to private security companies based on the specific type and location of their employees' work.