Israeli politicians are demanding investigations into which 'senior Israeli official' appears to have close ties to the Kremlin and was apparently involved in an effort by the former American lobbyist Paul Manafort to smear a Ukrainian politician as anti-Semitic. 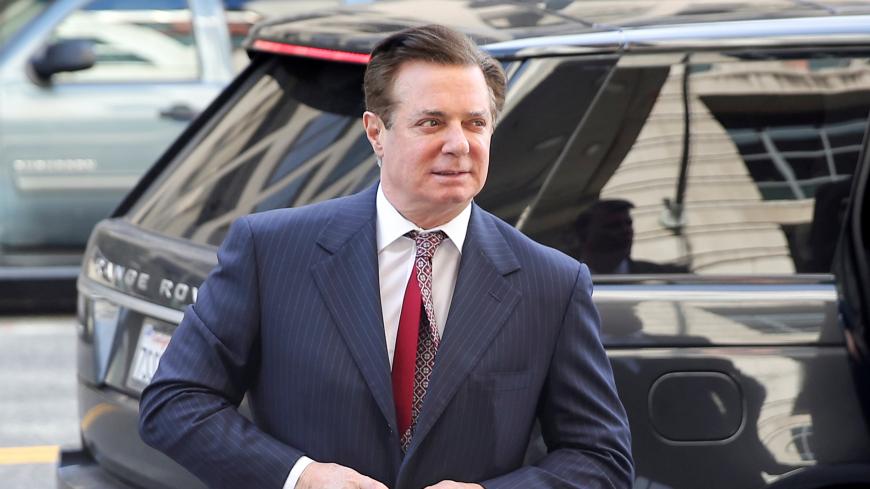 The investigation of special prosecutor Robert Mueller into Russian interference in the 2016 US elections crossed the Atlantic and the Mediterranean in mid-September to land in Israel with a bang.

The plea agreement Mueller reached with Paul Manafort tells of the involvement of a “senior Israeli official” who ostensibly cooperated with Manafort when he worked as a lobbyist for pro-Russian former Ukrainian President Viktor Yanukovych. During Ukraine's 2012 parliamentary elections, the Israeli was supposed to publicize an announcement, formulated in coordination with Manafort, tying the opposition's Yulia Tymoshenko, a Fatherland Party candidate, to anti-Semitic elements. The goal was to pressure the US government to moderate its support of Tymoshenko by turning “Obama Jews” — Jews who supported President Barack Obama — against her. Elementary.

The situation is complicated, however, by the Israeli Foreign Ministry, then headed by Avigdor Liberman, having published the announcement using Manafort's wording. Liberman, now defense minister, has denied any and all involvement and has claimed that he does not know Manafort. He says he has never met or spoken with him. Regardless, Liberman is the immediate suspect in light of his connections to top Kremlin officials and his closeness to Prime Minister Benjamin Netanyahu.

Conspiracy theorists see a thread where “Trump Jews” are battling “Obama Jews” through Israelis on both sides of a Ukrainian campaign. On the edges of this campaign, they claim, stands Russian President Vladimir Putin, who four years later would work to benefit presidential candidate Donald Trump against those very same Obama Jews.

Liberman, in an effort to get the monkey off his back, appealed to Justice Minister Ayelet Shaked to request through American officials that Mueller reveal the name of the senior Israeli official. As is known, the Americans have no intention of revealing the name any time soon.

Liberman’s problems don’t end there. At the time concerned, one of his associates, former Knesset member Alex Miller of Yisrael Beitenu, was chairman of the Israel-Ukraine Parliamentary Friendship Committee. Miller also denies any connection to Manafort or to other American figures, and in a conversation with Al-Monitor, he claimed that it wasn’t only the Israeli Foreign Ministry that published denouncements of Tymoshenko, but that Israeli leftists, including Hatnua leader Tzipi Livni and former Meretz leader Zehava Gal-On, did so as well.

A check to verify Miller's allegations shows that Livni and Gal-On published vague statements denouncing the Ukrainian Freedom Party, which was indeed tied to anti-Semitism. The only Israeli to publish the statement as formulated by Manafort, which tied Tymoshenko to the Freedom Party, was Foreign Minister Liberman, through his office. The Freedom Party had been in the same coalition as the Fatherland Party, hence Tymoshenko's alleged anti-Semitism through this connection.

One way or another, the political commotion in Israel around the issue seems to almost match what’s happening in the United States. Zionist Camp Chair Avi Gabbay wrote an urgent letter to Prime Minister Benjamin Netanyahu on Sept. 16, demanding that he allow Shin Bet to immediately open an investigation to identify the senior Israeli official.

Gabbay wrote, “The claims in the indictment against Manafort are to the point, harsh, and serious. … As the person who in practice is entrusted with the foreign service and the protection and security of the country against espionage from a foreign country, it is required of you to immediately begin a process of checking and investigation, to clarify if there is a foreign agent in the civil service and if indeed he used the Israeli foreign service for the benefit of advancing foreign interests.”

Gabbay used relatively sterile diplomatic language. Talking to Al-Monitor on the condition of anonymity, an opposition source in Israel argued that the episode could embroil senior officials in Israel “up to their necks.” If it is proven that the Russians acted and interfered in the US election, and it turns out that the Russians also had a foothold among Israeli government elements who provided aid from the flank to disseminate messages and participated in the effort led by Manafort, he said, “This is a real earthquake.”

Gal-On went even further in her demands. She appealed to the attorney general, requesting that he open a criminal investigation against the senior Israeli official, and as part of it, submit a letters rogatory in the United States. Through this channel, Israeli authorities could pass on relevant questions to the FBI in order to reveal the identity of the “senior Israeli official who conspired with Paul Manafort and aided him in his plan to damage American support of the Ukrainian opposition leader.” Gal-On added, “Interesting who it might be?”

Afterward Gal-On submitted a Freedom of Information Law request to the Foreign Ministry in which she asked to see the work done by ministry staff before the release of the statement denouncing Tymoshenko in October 2012. The Foreign Ministry has so far refused to reveal the work of the relevant staff, which is necessary to verify the involvement of Liberman in the statement's publication.

In the meantime, conspiracy theories regarding Israeli involvement in the Mueller investigation abound. The year 2019 will be an election year in Israel, and Netanyahu, in all estimations, is light years ahead of his political rivals in Israel in cyber and digital capabilities that could tip and influence election results. Thus, all potential candidates are expending great efforts to prove some kind of Israeli connection to the intrigue involving Washington, Trump and the Kremlin that's being investigated in the United States.

As suggested, Liberman is the obvious suspect. The defense minister, who came to Israel from the former Soviet Union at 20 years of age, is seen by many on the Israeli left as a “foreign element,” and the gossip about him and about his close ties to Moscow have accompanied his political career from the start. To Liberman’s credit one must note that all the investigations of him at the early stages of his political career proved that he was an innocent, new immigrant, a Zionist, who was not tied to any government sources in Moscow. That was until Mueller arrived and reopened this Pandora’s Box.

It seems that we’ve now reached, more or less, the end of the trailer. The movie is yet ahead of us.