The US negotiation team should examine the possibility of an Israeli-Palestinian confederation, with or without Jordan. 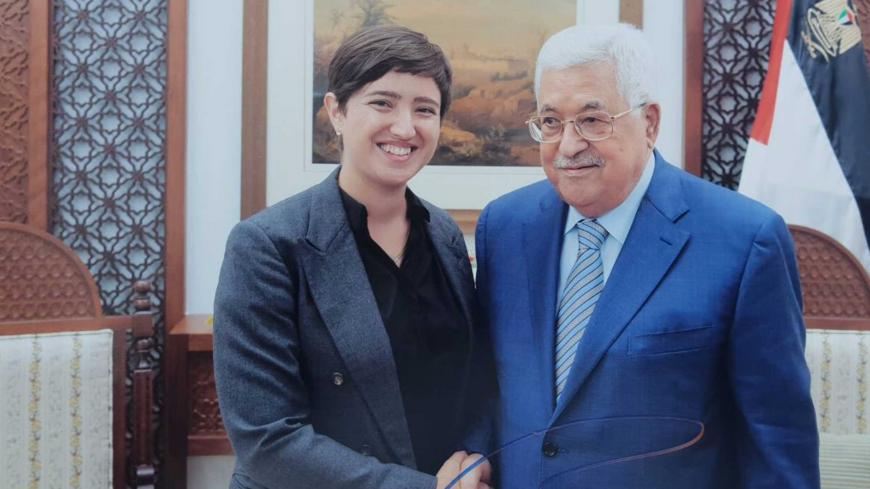 At a meeting Sept. 2 in Ramallah, Palestinian President Mahmoud Abbas surprised his guests from the Meretz Party and Peace Now movement on two separate occasions. The first surprise came when he told them that the members of US President Donald Trump’s peace negotiations team raised the idea of a Jordanian-Palestinian confederation. The second surprise was when he told them his response: He would only be willing to enter such a confederation if Israel is a part of it.

The American proposal proves that the team spent quite a bit of time poring over documents in the dusty archives. Late King Hussein of Jordan first raised the idea of a confederation 35 years ago, and the Palestinian National Council adopted it in 1983. The council even granted PLO leader Yasser Arafat a mandate to enter into negotiations with the king over the details of such a confederation. But nothing came out of these negotiations.

I spoke with King Hussein about this during the negotiations between the parties, and then with President Arafat years later. Arafat told me that the king insisted on being head of the new political framework, whereas Arafat demanded rotation. According to Arafat, King Hussein responded that kings "don’t do rotations.” Nor did Hussein agree to his request that a Palestinian state be established first, and only then unite with Jordan in a confederation.

The king said that his original proposal, which dated back to 1972, was to establish a federation based on an Israeli withdrawal from the West Bank and the creation of an autonomous Palestinian entity, under a Jordanian flag, in the territory occupied in 1967. Both the PLO and Israel rejected this proposal. At a conference that took place in the Moroccan capital of Rabat two years later (1974), the Arab League issued a resolution that took away Jordan’s right to represent the Palestinians and handed it over to the PLO, much to King Hussein’s dismay (but with his formal support. Everyone else voted for it, so he was forced to raise his hand in support of it too, even though he disagreed).

This meant that the king was no longer entitled to talk about a federation, so he started talking about a confederation instead. The proposed Palestinian entity was promoted from autonomous to sovereign, with him suggesting a common umbrella for the two entities: the Hashemite Kingdom of Jordan and Palestine. This time it was Arafat’s conditions that sabotaged the idea.

In April 1987, during secret talks in London (talks that led to the London Agreement), Israel’s foreign minister at the time, Shimon Peres, attempted, with the help of this author, to reach a series of understandings with Jordan. Backing these efforts was Jordanian Prime Minister Ziad al-Rifai. The document that they prepared proposed that an international conference would launch talks between Israel and a Jordanian delegation, which would also include Palestinian representatives. The document stipulated that all participants — Palestinians and others — would be people committed to renounce terrorism and accept United Nations Resolution 242 and Resolution 338. King Hussein accepted the proposed agreement. But the Israeli National Unity government headed by Prime Minister Yitzhak Shamir refused to adopt these understandings. In late July 1988, King Hussein announced at a press conference that he abandoned his claims to the West Bank. As far as he was concerned, this was territory intended for the Palestinians.

The Israeli right wing considered this to be a major achievement. As far as it was concerned, the idea that “Jordan is Palestine” had become even more practical now: Jordan had a Palestinian majority for many years already, so it was, in effect (from the Israeli right’s point of view), the Palestinian state. Palestinians living in the West Bank, and perhaps in the Gaza Strip too, would be able to continue living in their homes, but without political rights, or they could relocate to Jordan.

The camp supporting the partition responded very differently. As far as it was concerned, partition was the only solution that could ensure that Israel remains a democratic state with a Jewish majority — a binational state including Israel’s territory and the West Bank would create a Palestinian majority. If Jordan or a Jordanian-Palestinian configuration is not a partner in the permanent solution, and if Israel wants to avoid imposing a unilateral solution, the PLO is the only possible partner from a practical perspective.

Four months later, the PLO decided to adopt the relevant UN Security Council resolutions and denounced terrorism. It was the final days of the Reagan administration, and the United States had started to speak publicly with the PLO (President Ronald Reagan announced that late 1988).

When the 1991 Madrid Conference led to negotiations between an Israeli delegation and a joint Jordanian-Palestinian delegation, it was obvious to everyone that the latter group was actually two separate delegations, with one taking orders from King Hussein and the other from Arafat, in meetings that he had with the members of the delegation on their way to or from Washington. It was also obvious that there was no joint Jordanian-Palestinian solution on the horizon.

In the summer of 1993, the steering committee met in Moscow for multilateral talks involving Israelis, Palestinians, representatives of Arab states and other representatives from the international community. Palestinian negotiator Faisal Husseini and I, representing Israel, met for a long talk as heads of our respective delegations. The Oslo negotiations were well underway when I asked him what he thought of a possible Jordanian-Palestinian solution. Husseini laughed and asked me if the Israelis really think that all Palestinians are that stupid. He explained, “You keep talking about a Jordanian-Palestinian confederation, and I’m telling that we want an Israeli-Palestinian confederation. Why do you think we’re particularly interested in creating a joint framework with an impoverished and undemocratic monarchy east of the Jordan River? We would prefer to establish a more natural confederation, west of the river, with a wealthy and stable democratic state, and to learn a lot from it.” He immediately assured me that he was speaking out of concern for Palestinian national interests and not some love of Israel, but he went on to explain that he believed this would be the right solution for Israel as well, because it would ensure cooperation in a long list of fields.

This week, when Abbas said that he would insist on a tripartite confederation, I realized that he meant the same thing as Husseini. The pragmatic Palestinian leadership wants a confederation with Israel. If the American intermediaries really are interested in looking at a new model under which settlers want to stay east of the border between the two sovereign and independent states, they would do well to examine the option of an Israeli-Palestinian confederation, with or without Jordan.

There could be nothing more logical than the two independent states that would exist west of the Jordan River to operate in a formalized framework of cooperation. It could prevent the need to evacuate settlers and allow those interested to live in Palestine as Israeli citizens, just as a similar number of Palestinian citizens could live in Israel. An Israeli-Palestinian confederation could also make it possible to integrate the two entities’ security forces and even make it easier to resolve the question of sovereignty over the Old City, particularly if the joint institutions operate from it. It turns out that Abbas really wasn’t joking after all.