Iran's conservatives are keeping a close eye on President Hassan Rouhani's UN General Assembly visit, warning him not to engage with American officials. 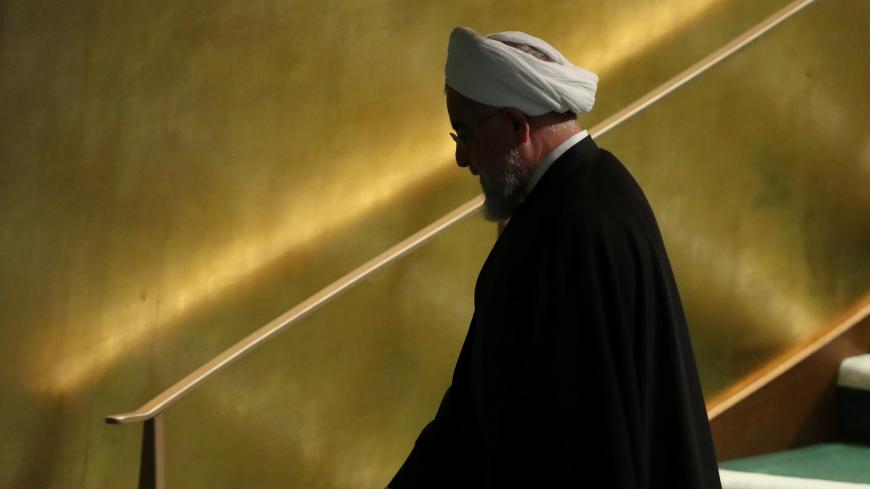 "Mr. Rouhani! Stand firm!" Iranian hard-line daily Kayhan advised President Hassan Rouhani, reminding him that Iran is the "creditor" in its dispute with the United States. "With a strong and affirmative speech, the president should elucidate … the black record of the Great Satan," the paper wrote, insisting that this was the Iranian public's expectation.

In its Sept. 25 editorial, Kayhan referred to the recent terrorist attack on a military parade in the southwestern city of Ahwaz that left at least 25 people dead. The paper suggested that Rouhani should tell the world about the alleged US support for the perpetrators of the attack.

A harsher stance, however, came from a lawmaker who has not wasted any chance to hit out at the Rouhani government. Conservative politician Javad Karimi Ghodousi squeezed the president and Foreign Minister Mohammad Javad Zarif to publicly announce that no talk or meeting would take place between the Iranian and the US sides whatsoever, "be it accidental, planned or over the phone."

Below the tweet, comments are still pouring in as users continue to debate whether it is within a lawmaker's jurisdiction to address the president that way and in that tone.

Separately, some interpreted the tone of the tweet as a sign of division in the ruling elite over rapprochement with Washington. One person tweeted, "The shadow government seems not to be trusting the sitting government and the official diplomatic apparatus. Are differences of opinion already arising over talks with Trump?"

"The warning is an indication that a Trump-Rouhani meeting, though unlikely, is more probable than we thought," another person tweeted.

Standing on the opposite side of the extreme was the chairman of the Iranian parliament's national security and foreign policy commission. "There are no taboos in talks between Iran and the United States," said Heshmatollah Falahatpisheh. "The Iranian delegation should be ready for de-escalation with any actors on the international scene, even the United States," he added. His comment was criticized by Kayhan as a "signal of weakness" sent to the United States.

On the other hand, moderate and Reformist papers issued no warning and mostly tried to cheer Rouhani on the diplomatic battlefield. "To win, he needs to speak differently," wrote Arman. Etemad analyzed "a diplomatic faceoff," Hamdeli likened the confrontation to a "chess match," Khorasan said it was "a duel of speeches" and Shahrvand described it as "a chance to score the goal in the host's pitch."

Rouhani has already indicated that chances for talks with his American counterpart during his stay in New York for the UN General Assembly meeting are slim. In a meeting with American media executives, he noted that an encounter with Trump will take place only when there is hope that "differences could shrink and positive outcomes could be produced." But he also heralded a possible "new atmosphere" if one day the United States proves to be "sincerely seeking a rebuilding of ties."