Why Erdogan's so quiet about Turkish expansion in Africa

It seems out of character for Turkish President Recep Tayyip Erdogan to be so tight-lipped about Turkey's growing investments and influence in Africa, but he's certain to have a reason. 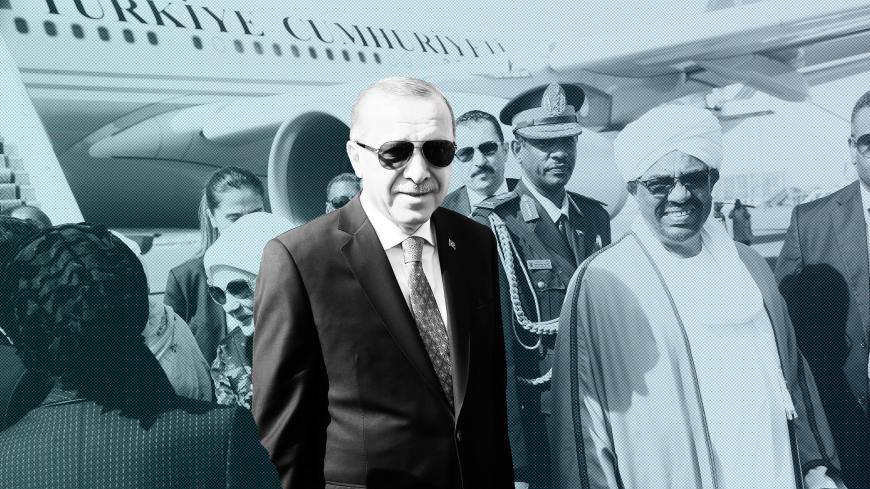 As the diplomatic tug-of-war between the United States and Turkey escalates, Turkish President Recep Tayyip Erdogan is lining up new friends. In early August, Erdogan’s 100-day action plan identified new markets in China, Mexico, India and Russia. It did not mention Africa, despite the “African continent opening” Erdogan sought in the early 2000s.

Frequent headlines in the mainstream media have celebrated Erdogan as "the best friend of Africa.” As president he has visited 21 African countries on more than 30 trips.

In February, Turkey's state Anadolu Agency reported on impressive progress from 2003 to 2017. For example, Turkey’s investment has increased from $100 million to $6.5 billion, the number of its embassies from 12 to 41. Turkish Airlines flies to 52 destinations in 33 African countries. Construction companies have invested in several projects worth $55 million.

Somalia hosts not only Turkey’s largest foreign military base but also a hospital named after Erdogan, roads constructed by a Turkish company through Turkey’s state-funded aid organization and garbage collection by the Turkish Red Crescent. More plans are in the making, such as the million cataract surgeries to be performed by 2022 in partnership with Islamic Development Bank in 12 African countries.

Almost all of Erdogan’s rallies feature numbers, such as the miles of roads constructed or the number of classrooms built. Erdogan once gave the number of MRI machines purchased during his administration. But not a word about Africa. With such impressive numbers, why doesn't Erdogan brag about his achievements in Africa more frequently, particularly today, when the challenges and risks facing the Turkish economy are worrying the public?

How do the rewards Turkey is reaping from its projects in Africa actually look when we deduct the costs?

A Nigerian businessmen and consultant who works in Europe and Middle East told Al-Monitor on condition of anonymity, “I have been following Erdogan’s growing reach and influence in Africa. I understand there are three categories of interests that are vital for Turkey: economic, security and cultural. Within the security interests, I do not only mean the military base in Somalia and the 99-year lease of Sudan’s Suakin Island but also minimizing the influence of [exiled cleric Fethullah Gulen] on the continent. Turks have been working relentlessly to convert Gulen schools and arrest Gulenists. These schools will have a significant impact in two decades for the future of these countries. Turkey has performed successful humanitarian missions but it is a mixed blessing. Turkish government here is mired in contracts that were received through back-door channels, without proper transparency. I frequently observe that cutting corners, not having to meet high standards and lack of obligation to report back to agencies is what makes Africa so attractive to Turkey.”

Turkish involvement had the initial goal of expanding its soft power to justify its claim to emerging power status. The high risks are countered by lack of competition for projects in several cities. Erdogan and his travel companions must also have liked the warm welcome they found. When Erdogan visits an African country, the prime time news provide wide coverage of how the public loves Erdogan and Turkey. Turkish flags, cheering crowds and all the extravagant celebrations “must make Erdogan feel like a king,” a senior bureaucrat from Ankara told Al-Monitor on condition of anonymity.

Speaking to business consultants in Istanbul who work for companies operating in Africa, it is easy to conclude that doing business in Africa has been lucrative. One from an Istanbul firm that is heavily invested in the continent, particularly Somalia, said, “Money begets money. People love Erdogan and Turkey because we have no colonial baggage, plus we started with projects that are visible and useful to people like hospitals, water sanitation. These affect their everyday life. We work directly, with cash, which is unusual in the Western world. There are few records without banks. So we get profits, but locals earn as well. We do not get involved in their business, we keep to ourselves. That minimizes risk and we both win.” All the businessmen agreed Turkey has given millions of dollars in aid and investment to Africa, but they could not say how much. Turkish aid to Somalia from 2011 to 2012 alone was in excess of $350 million, according to one credible estimate.

Sedat Aybar, a professor of economics and finance at Istanbul Aydin University and the director of the Africa Research Center, told Al-Monitor, “Turkey’s pursuits in Africa can be summarized around the idea of an ensuring a perpetual “win-win” situation for both Africa and Turkey. This requires an enabling business [environment]. Hence, Turkey’s long-term interest in Africa is not limited to bringing aid to the continent but it also aims at developing economic and diplomatic collaboration on an equal basis with equal partners, which would foster mutual economic development and growth.”

Aybar explained that one of the reasons behind Turkish success in Africa was “Turkey’s new policy” that is “based on promoting bilateral business interactions that will help to find “African solutions to African problems.”

When asked why Turkish accomplishments in Africa are not commonly discussed in the public domain, Aybar commented, “Unfortunately, the importance of Africa and what it means for Turkey’s future have not been recognized by the Turkish intelligentsia and academia. However, there exists some fledgling academic research and interest on African affairs in Turkey. There are 17 Africa research centers associated with an academic institutions. There also exists a sizable African community living in Turkey. All of these help increase awareness of Turkey’s involvement with the continent.”

Aybar emphasized business interests as well. “Now Turkey’s fast-growing electronics sector can gain access to raw materials directly from the African market. It should be noted that some of the fastest growing economies of the world are located on the continent. Demand from the middle classes of those countries on commodities can be counted as the main source of faster-growing Turkish exports to Africa.

"Turkey’s foreign direct investments in the continent are also creating positive returns for the Turkish economy. Some of the priority areas for investment are agribusiness, rural development, civil defense, water resource management, the development of micro- and small-scale enterprises, security, health and transportation.”

Still, Turkish involvement in Africa carries serious risks due to the lack of transparency and oversight on these major international contracts. For example, in 2013, Turkish firm Favori LLC acquired the management of Mogadishu’s International Airport. The contract was leaked, exposing a $1.5 million “initial premium fee” paid to the Somalian government. Mogadishu’s port management was given to the Albayrak group, again amid allegations that millions of dollars were paid to secure the contract. And “given all the corruption in these failed states, these charges are quite minute,” said the Nigerian consultant.

Overall, Turkey is presented as an honest broker that is able to get projects completed and running in multiple African sites without getting bogged down with local issues. And despite security challenges, such as 2013 bomb attack at the Turkish Embassy in Mogadishu, the investments remain lucrative for Turkish businesses. Considering the International Budget Partnership concluded from 2017 data that Turkey has limited budget transparency with no room for public participation, it is not possible to properly assess how lucrative the quiet expansion in Africa has been for Turkey since 2003. That might well be the reason behind Erdogan’s silence on Turkey's African accomplishments.