Less bureaucracy and more subsidies get Tunisia’s young businessmen to reach out to unorthodox fields such as exporting edible flowers or mushrooms for pharmaceutical use. 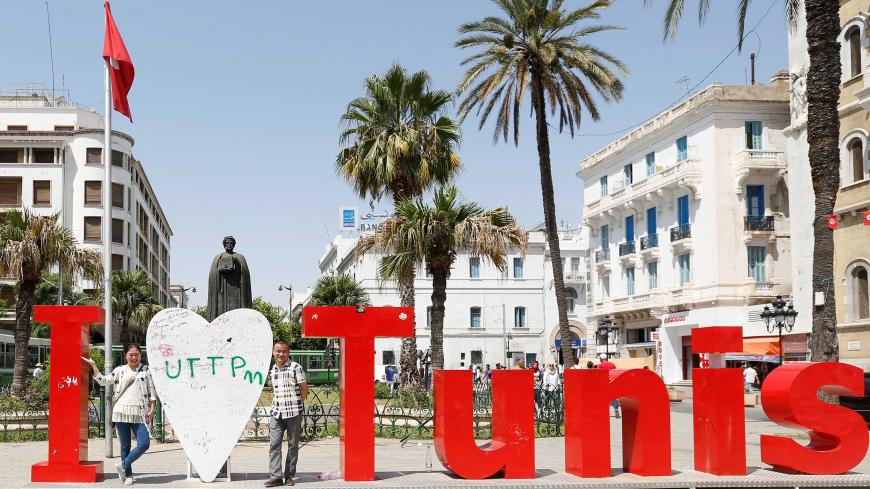 Tunisia's Startup Act, enacted this spring to encourage the young entrepreneurs in the country, has got the ball rolling for projects that range from agriculture biotechnology to software development.

One of those entrepreneurs, Suniya Elabyadi, left her job in the public sector last year to set up an agriculture technology company, which now exports edible flowers to France. “Previously it was impossible for us to deal with customers abroad, because small companies were banned from opening foreign currency accounts,” Elabyadi told Al-Monitor. “The Startup Act has given us the right to do so, and I signed a contract with a French exporter last May. I believe this is a good law overall.”

The act, which the parliament passed April 4, aims to make Tunisia into a hub for startup companies in Africa, Minister of Communications and Digital Economy Anwar Maarouf said.

The act allows the founders of a startup company to benefit from a startup grant for a period of one year. Under Article 10, a maximum of three founding shareholders can benefit from the grant provided that they work on a full-time basis for the startup company. The law also provides exemptions from corporate tax up to eight years.

Muhannad Elzayri, owner of an app, web and software development company, told Al-Monitor, “I applied for a startup grant from the government. It is a one-year grant to whoever is willing to set up a startup company. This funding will help me expand my venture and employ more people. We have also qualified for an eight-year tax exemption, which will help us grow further.”

Rabab Dabbousi, an entrepreneur and owner of a company that grows and sells rare mushrooms used for pharmaceuticals, told Al-Monitor, “Besides the major material incentives the law gives opportunities to young people to engage in individual initiatives and build their own career [rather than expecting to get] a job in a government institution.”

Speaking to Al-Monitor, economic journalist at Al-Mayadeen TV Channel Abdessalam Hershi said, “Under the past commercial codes entrepreneurs used to wait for months and even for years to obtain the legal corporate identity required for their companies, and they went back and forth to the court and municipality to have the signatures authenticated. Plus they had to deal with many bureaucratic barriers. The new law has numerous strengths: For the first time the Tunisian state is genuinely encouraging investments and is not banking on government jobs to bring down unemployment rates.”

Elabyadi noted the difficulties entrepreneurs face, even with the law in place. “Presently entrepreneurs in Tunisia have other problems that go beyond the law,” she said. “These include government departments’ heavy bureaucracy, particularly in terms of ventures in remote areas far away from the capital and major cities, and the local market’s weakness due to the country’s economic crisis. The conditions in general are unfavorable for entrepreneurs to take risks and start companies.”

In the same vein, Hershi said that the law alone cannot produce a blooming economic atmosphere. "The state of despair among the Tunisian youth requires government action. Also society should be aware of the development of the private sector and count on being employed in government departments," he said. "Nevertheless, the Startup Act itself includes conditions deemed unfair in my eyes, such as the eight-year term before the company is no longer considered a startup. Given that the Tunisian market is small [in size], the eight-year term would not be enough for the company to turn from a startup to a well-established business. In addition the bill sets very ambitious goals, including to introduce Tunisia as Africa’s first business hub, which is a very high expectation.”

Yet the Tunisian government’s ambition is coupled with several parallel steps. "[There are] at least 17 tech centers in addition to the many funding and mentoring programs,” Katrin Sold, a research associate at the Center for Near and Middle Eastern Studies at Philipps University of Marburg, wrote in an article published by Carnegie Middle East Center June 26. “Tunisia is one of the more dynamic locations for startups on the African continent,” she wrote. Moreover, it will be the headquarter of the digital African Excellence Center of the African Union, according to a decision taken by the second session of the African Union’s Specialized Technical Committee.