Some of the August festivals in the Middle East take place in spectacular settings, from Cairo to Byblos to Troy. 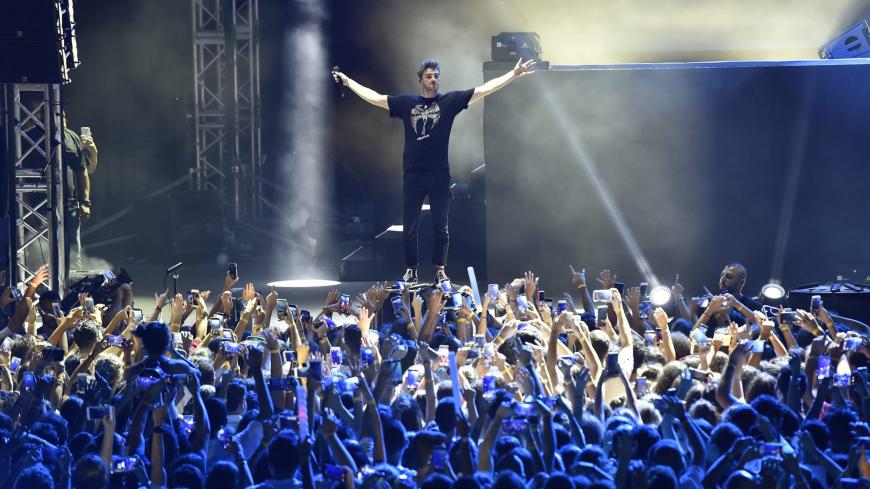 It's festivals, festivals and more festivals in the Middle East throughout the month of August, with several combining impressive artists with dramatic historical settings. The Byblos International Festival, Lebanon's oldest and probably the most famous of them, continues its tradition, while events elsewhere in the region range from puppet theater in Tehran to piano concerts in the Dardanelles.

From Beiteddine to Byblos: Lebanon's Byblos International Festival continues through Aug. 24, with concerts performed on a seafront stage in the ancient coastal city with its landmark Phoenician temple. This year's mix of Lebanese and international artists includes the pop duo The Chainsmokers, Greek singer Nana Mouskouri and Lebanese composer, singer and oud player Charbel Rouhana

The Beiteddine Arts Festival is another Lebanese event produced in a splendid setting. Held in a 19th-century palace 28 miles from Beirut in the Shouf district of Mount Lebanon, the festival’s 23rd edition was headlined on July 30 by singer and former French first lady Carla Bruni. There's still an opportunity to visit the palace, Aug. 9-11, to catch the last event of the festival, a performance by Cirque Eloize, a Montreal-based troupe of acrobats and multidisciplinary artists who challenge the limits of the performing arts with inventive stage design and video projections.

While attending the festival, you can also take in 300 works by prolific Lebanese caricaturist Pierre Sadek. If you missed “Picturing History,” an exhibition of his political cartoons presented earlier this year at Beirut’s Sursock Museum, this is your chance to see some of the works displayed there. According to the festival's website, “Pierre Sadek's work is timeless, it constitutes a meticulous record of the history of a country and a region in political, existential and violent turmoil, documenting the names, faces and events that captured the world’s attention during a time of tumult.”

Bibliotheca Alexandrina — More than a library: If you're in Cairo this month, the Bibliotheca Alexandrina (BA) is the place to visit. The culture and arts complex dedicated to recapturing the spirit of openness and scholarship of the original Library of Alexandria houses four museums and several permanent exhibitions, including one on Arabic calligraphy. The BA holds its annual International Summer Festival, a medley of outdoor theater, concerts and shows, July 16-Aug. 18. One of the festival's main events is the final performance, featuring the award-winning and Arab Idol champion Carmen Soliman and orchestral maestro George Kolta.

The BA's current exhibition, “Life Journey: Adam Henein and Ramses Marzouk,” presents Egypt’s recent past through the eyes of a sculptor and a cinematographer. On display is a statue of the Egyptian diva Umm Kulthum by Adam Henein, one of Egypt’s best-known sculptors abroad. Also presented are photographs of Egypt’s monuments and its working classes by Ramses Marzouk, who has worked as a director of photography on more than 50 films. The exhibition runs through Aug. 27.

The resurrection of Troy: Turkey’s Ministry of Culture and Tourism has declared 2018 the Year of Troy to celebrate the 20th anniversary of UNESCO adding the ancient site to its World Heritage List. The occasion is being marked with a series of events, including a UNESCO Conference at Canakkale, the port and site of the ancient northwestern city.

The Year of Troy celebration gives a unique zing to this year’s annual International Troy Festival, held Aug. 9-13 and this year featuring Turkish pianist Fazil Say, who will premiere his 40-minute “Troy Sonata.” Other names performing at the festival include French crooner Dany Brillant and Greek composer and musician Eleni Karaindrou. The program also offers theater performances and art shows.

Pulling strings in Tehran: Puppet theater has long held a place as a tangible art form amid Iran's rich cultural heritage, and a contemporary festival honors the tradition. The 17th edition of the Mobarak International Puppet Theater Festival takes place Aug. 23-29 in Tehran, bringing together dozens of Iranian puppet troupes along with groups from abroad, including from France, Taiwan, the Netherlands and Afghanistan.