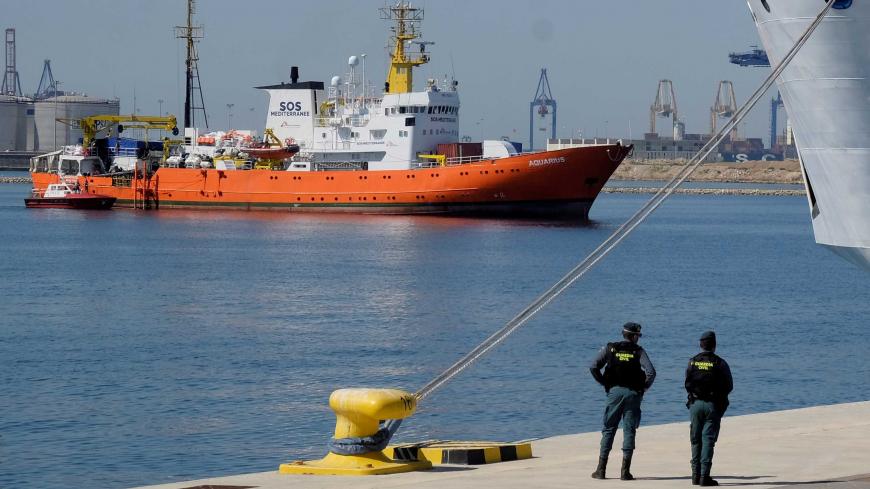 The Aquarius rescue ship arrives carrying some 106 migrants in Valencia, Spain, June 17, 2018, after being refused permission to dock in Italy. - REUTERS/Heino Kalis

Before the Italian election in March of this year, the focus for Italian politicians was firmly on immigration. And since the new government formed, new Interior Minister Matteo Salvini, a populist and nativist who leads the party formerly known as the Northern League and now called the League, is still milking the issue to gain support outside his party.

The highest profile incident happened in early June, when Salvini refused to allow a boat of migrants to land in southern Italy. The boat would later dock in Spain. While Salvini’s policies may have had little impact on migration overall — migration was down under the last government, too — there’s no doubt that his extremist anti-immigrant rhetoric is having an impact on Italian society and many of the migrants coming from the Middle East.

Some migrants and refugees are now setting sail from Morocco with the intent of landing in Spain, a slight shift from the Libya-to-Italy path that became popular after the European Union cut a deal with Turkey to stop predominately Syrian refugees from entering Europe. Only around 23,000 migrants have traveled that route, according to the International Organization for Migration, and Libya is still the primary set-off point. But Middle Eastern migrants have been forced to adjust their paths to Europe before and may have to do so again.

“From North Africa's perspective, the ball is now in Morocco's court. … The question is whether Morocco can contain the growing migration flow to Europe,” Riccardo Fabiani, a geopolitical analyst at the research consultancy Energy Aspects, told Al-Monitor. “Its relationship with Spain could be tested over the next months, although I don't expect a crisis comparable to the Italian-Libyan issue.”

But even if Middle Easterners make it across the sea, evade the Libyan coast guard and find their way to Italian shores, there are a host of other problems to face. Many there are still stuck waiting in asylum centers. Exact figures are hard to come by, but the EU just rejected a deal to relocate 160,000 migrants and refugees from overcrowded camps in Greece and Italy. Others are evading such centers for fear of deportation. On July 30, 350 people were sent from Italy to Libya. The deportations are leading to rifts between Salvini and his coalition partners in the Five Star Movement party.

Last week, Roberto Fico, the speaker of the lower house of the Italian parliament and a parliamentarian for the Five Star Movement, denounced Salvini’s pact with Libya that forcibly removes migrants and sends them back to Libya, a country that has repeatedly been deemed unsafe for migrants.

“Libya is not a safe landing point. Human rights are not guaranteed, so migrants cannot be left there,” Fico said, according to The Guardian. “I don’t want to close the ports. We need to talk about immigration with intelligence and heart.”

And then there’s the issue of rising racism in Italy. Earlier this year, a man who once ran in a local election with Salvini’s League drove around the central Italian town of Macerata shooting at black people. He injured six people before draping an Italian flag over his shoulders and being apprehended by police. Many analysts credit the rise in racism in the country to one man: Salvini.

“At the moment, to be honest, I'm afraid that people who are trying to cross the sea illegally never heard anything about Salvini or his policies,” said Laura Silvia Battaglia, an Italian journalist and professor who splits her time between Milan and Sanaa. “I barely think that Salvini's policies are changing the behavior of people who are in the migration centers, still waiting for asylum, and of the regular migrants in Italy that, for the first time, have fear of being targeted by neofascists, especially migrants with black or brown skin.”

Immigrants, particularly those from the Arab world or Africa, are often blamed for bringing crime and violence to Italy. Sitting in the plaza of Vigevano, a town in the Lombardy region where Salvini derives much of his support, a local man in his 40s told Al-Monitor that Muslims and Arabs weren’t capable of integrating into Italian society. He asked for his identity to be withheld.

While statistics don’t back up these perceptions, the large increase in immigration in the last couple decades paired with selective reporting on crimes committed by immigrants has led public perception to support the sort of actions figures like Salvini are attempting. And while the success of Salvini’s immigration strategy is debatable, his political success is not.

Fabiani said, “Politically, this strategy has been so far successful, but the price to pay is still unclear. If anything, there are growing signs of racism coming into the open in Italy, for example, as people feel emboldened by Salvini's rhetoric and take it out on migrants. Overall, Salvini's strategy is working, from his point of view, although one could argue the downward trend was already in place before he took over the Interior Ministry.”

He went on, “Salvini has just reinforced Italy's commitment to boosting Libya's migration-containment capacity and has used a few high-profile episodes to signal his new policy. The truth is that so far the only new policy in place is a much more aggressive rhetoric toward immigrants and the decision to close Italy's ports.”

Salvini has so far turned away two boats carrying a total of 854 people. But these figures are minimal, considering that more than 472,000 refugees and migrants arrived in Italy since Jan. 1, 2015. Numbers are down this year to 18,392 by sea and none by land, though experts say that this trend started under the prior government after it bolstered the strength of the Libyan coast guard.

But that hasn’t stopped Salvini from taking credit for the drop in migration. To his growing support base, his tactics are working. In the meantime, it seems Salvini will continue sending migrants back to Libya. Relations between Libya and Italy are strengthening as they work to curb migration, and the results seem to be beneficial for Salvini, but just the opposite for Middle Easterners fleeing hardship. 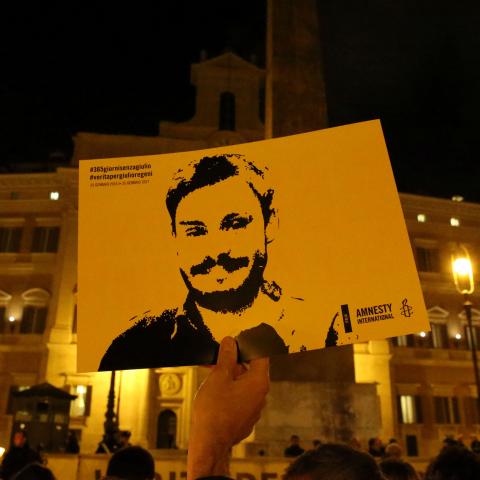 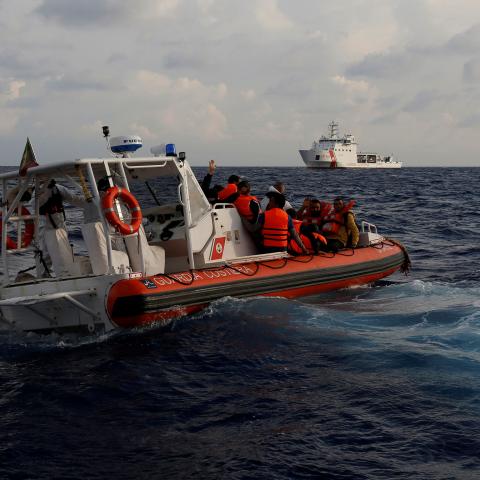 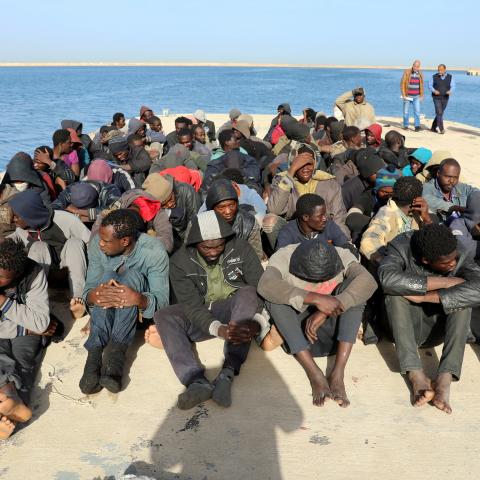