Egypt launched an electronic management system to track and monitor state agencies’ financial performance and public accounts in an effort to enforce budgetary spending and crack down on waste and corruption. 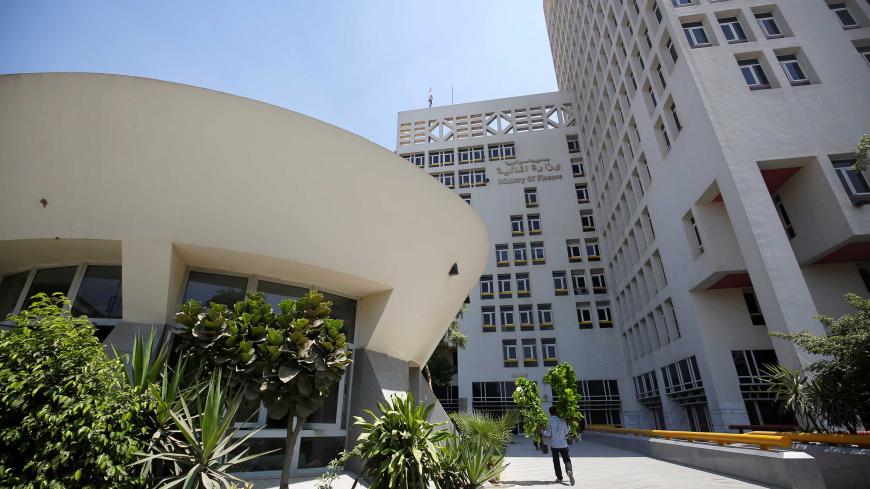 The headquarters of Egypt's Ministry of Finance is pictured here in Cairo, Aug. 4, 2016. - REUTERS/Amr Abdallah Dalsh

CAIRO — The Egyptian Finance Ministry has begun implementing the Government Financial Management Information System (GFMIS), which will facilitate the electronic monitoring of state agencies’ financial performance and public accounts. While the attempt to control public expenditures and keep a tight rein on the financial transactions of government agencies, ministries and governorates might be laudable, the success of the system — part of the economic reforms the government has been implementing since November 2016 — will depend on how well it is implemented and agencies' and employees' compliance.

The parliament on July 25 passed the Government Accountability Law, which includes provisions greenlighting the e-system's implementation to manage budget accounts. To that end, it requires government agencies to create e-payment orders with e-signatures, eliminating paper checks except when absolutely necessary. The agencies are also required to collect revenues through an electronic system.

The government paved the way for a new financial management system in August 2017, when it announced a two-part initiative to manage the budget. The first phase involved an electronic system for outlays and collection, and the second phase was the GFMIS, through which the Ministry of Finance will monitor and manage government agencies’ accounts and budgets.

The initial step in the first phase was the introduction in early August 2017 of payroll cards for paying employee salaries. The government issued some 4.9 million such cards, allowing employees to obtain their salaries from ATMs. The implementation of this process served to train Ministry of Finance representatives across government agencies for the second phase, that is, the broader use of GFMIS for overseeing accounts and budgets.

On Aug. 9, the Ministry of Finance instructed its employees in the various agencies to begin using GFMIS. The ministry is supposed to submit its first report assessing how the system is functioning on Sept. 30 at the latest.

Al-Ahram on Aug. 3 had reported Finance Minister Mohamed Maait explaining, “The ministry opted for the Administrative Control Authority to be the first government agency to have in its hands the system’s implementation tools allowing every official to follow up on all the financial transactions relevant to his agency via an e-network linking him to the state budget’s account.”

All ministers, governors, heads of courts and heads of administrative bodies have since been equipped with screens and connected to the monitoring system to check financial performance. Egypt has been committed to an economic reform program since it signed a three-year, $12 billion loan agreement with the International Monetary Fund (IMF) in November 2016. So far, it has received $8 billion, with the fourth installment of $2 billion being disbursed last month.

Yomn al-Hamaki, a professor of economics at Ain Shams University, thinks the new system is a “good step, albeit late.” She explained to Al-Monitor that it is the first effective measure that the government has taken to optimize expenditures and to control and reduce the budget deficit since embarking on economic reforms.

Hamaki said that the goal is to realize the reform program’s objectives of optimizing expenditures and combating corruption. She noted, however, that the government has failed to resolve the problems that have led to overspending, that is, the accumlated debts and losses of state-owned public companies, in short, the squandering of public funds, including government officials being involved in bribery and other forms of corruption.

Fakhry al-Fekky, former IMF assistant executive director, told Al-Monitor that 816 agencies have a financial account in the general budget, yet no effective system had been in place to monitor them. The absence of financial performance and account monitoring have contributed to budget deficits and hence a waste of public funds.

Egypt ranked 117th out of 180 countries in Transparency International's 2017 Corruption Perceptions Index, nine positions worse than in 2016, when it ranked 108th out of 176 countries.

The government has been making some effort to curb corruption, with the Administrative Control Authority referring a number of officials to the judiciary in the past few months. In one case, Gamal Abdelazim, head of the Customs Authority, was arrested July 9 for accepting bribes in exchange for allowing banned goods into the country and reducing fines.

Rashad Abdo, a lecturer at Cairo University, called the new system a “crucial step” on the path toward tightening control over government agencies’ spending by monitoring adherence to the budget submitted to the Ministry of Planning and incorporated into the general budget.

According to Abdo, the system’s success is conditioned on its professional implementation and the commitment of government agencies in complying with it. He believes that none of the agencies will impede implementation as the optimization of expenditures is a pressing matter for the state.