In a new project, the UNFPA in Egypt is using popular singers and youth bands to create awareness of gender inequality and family planning. 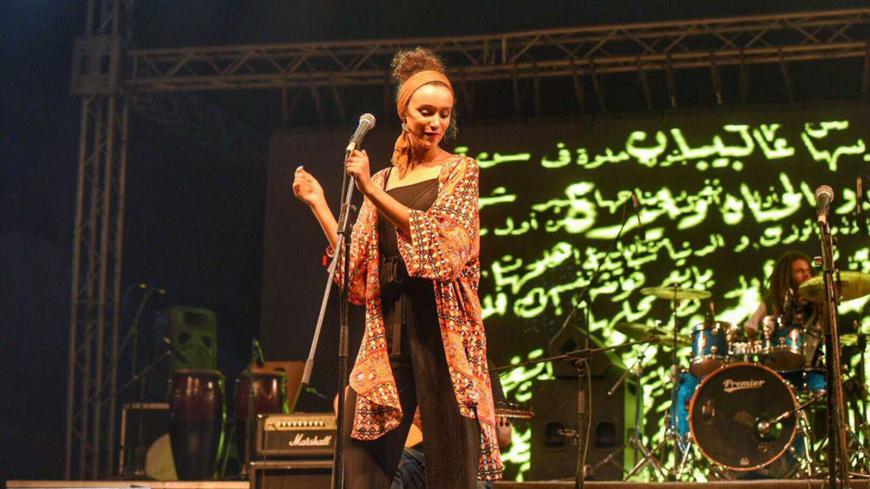 “Since the day she was born, she was a burden. They wished for a boy instead of her,” begins a song sung by Sahar El-Zoghbi. It goes on to narrate the story of an Egyptian girl who underwent female genital mutilation (FGM) when she was 9 years old, and then — when she got a bit older — “her groom was waiting at the door.”

Zoghbi and her band are one of the four selected by the United Nations Population Fund (UNFPA) to be part of their ongoing project, “Music for Development,” which kicked off with a concert at the 16th International Summer Festival on July 18 at Bibliotheca Alexandrina. The UNFPA has cooperated with the Swiss Embassy in Egypt and Bibliotheca Alexandrina for the four-month project, which aims to raise awareness through music on gender inequality — including FGM, forced marriages and other forms of social and sexual repression of women.

When Zoghbi and her band performed this song, the audience responded with a standing ovation.

“They reacted with great applause. It indeed made our day,” Zoghbi said. The song was written by Amar Moustafa, who also wrote the lyrics of the other three Alexandria-based bands — High Dam, Yasmin Zaki and El-Mina.

These songs will be performed in concerts all over Egypt from mid-August until December as part of the project.

“I am glad that my band will participate in this important tour to raise awareness of people about horrible practices such as FGM,” Zoghbi told Al-Monitor. “I hope my band’s participation in this tour will create some change in the society,” she added.

FGM was banned in the country in 2008, and in 2016 it was criminalized. Nevertheless, a 2016 survey by the UN Children's Fund revealed that 87% of women and girls ages 15-49 in Egypt have undergone the procedure. Even after the criminalization, families in poor villages in Upper Egypt force their girls to undergo FGM, because they believe it promotes chastity.

Dr. Aleksandar Bodiroza, the UNFPA representative in Egypt, told Al-Monitor, “The UNFPA has been helping through its programs it finances in raising awareness about needs to scale up rights-based family planning programmes [and] abandon female genital mutilation and early marriage in Egypt. One of the new strategies we are using is education through entertainment. We launched ‘Music for Development,’ and in October we will launch ‘Art for Development.’”

He pointed out that UNFPA Egypt is planning to carry out a comprehensive campaign on all platforms — digital, electronic, print and audio — to educate the public on population issues and family planning.

Bodiroza said that music is considered to be a form of soft power that plays a role in helping the process of change. Particularly when promoted and performed by celebrities, it has a strong impact on the young people, the attitudes they adopt and the decisions they make, he added.

Besides gender inequality, the songs will also take up population growth. The band High Dam, led by Ahmed Remo, will sing about family planning with lyrics explaining that having fewer children would guarantee better education and opportunities for the kids.

The population of Egypt has nearly doubled since 1985, which is a serious headache for the Egyptian government. In May, the government earmarked 100 million Egyptian pounds ($5.5 million) to bolster a family planning program entitled “Two is Enough.”

“Simply imparting information and increasing knowledge is not sufficient: The messaging must target the beliefs, ideas and feelings that drive behavior and that can remove social barriers and empower people to act. If we can shift these ideational factors — for example, if we can shift perceptions of what people believe other people will think of them if they use contraception or shift an individual’s belief that their peers are using contraception — then the behavior will subsequently change,” Bodiroza said.