The US-Turkey brawl over American pastor Andrew Brunson is as intense as ever, as the Turkish president and US leaders exchange public threats and messages of defiance. 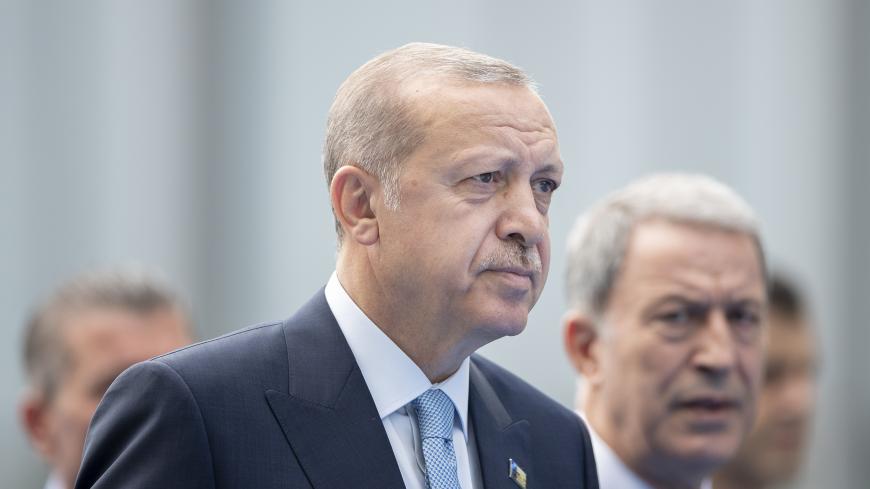 The drama over a North Carolina pastor detained in Turkey showed no signs of abating as Turkish President Recep Tayyip Erdogan vowed to not bow before the threat of US sanctions over the affair. With both sides refusing to de-escalate, salvaging battered relations between the two NATO allies will be harder than ever.

“You cannot force Turkey to cave to sanctions,” Erdogan told reporters in Zambia before heading home, warning, “If the [United States] does not change this attitude, they should not forget they will lose a sincere and strong partner like Turkey.” Erdogan added Turkey had “other alternatives” and noted that Iran had not collapsed when it was slapped with US sanctions.

The Turkish leader was responding to last week’s unexpected salvoes from President Donald Trump and Vice President Mike Pence over the plight of Andrew Brunson, who is being held on what US officials call bogus espionage and terrorism charges. Trump took to Twitter on July 26, a day after a Turkish court allowed Brunson to be moved out of prison and placed under house arrest, to threaten Turkey with “large sanctions” unless Brunson was released “immediately.” Pence had struck a similarly bellicose tone during a conference on religious freedom in Washington earlier that day.

Pence renewed the threat of sanctions in a July 29 tweet. Transferring the pastor to house arrest wasn’t “good enough,” Pence wrote. “The United States of America is prepared to bring sanctions against Turkey until Pastor Andrew Brunson is free.”

Congress has a slew of sanctions already in the pipeline over what it calls Turkey’s unlawful detention of US citizens and its plans to acquire Russian S-400 missiles, which the United States insists imperils NATO security. These include language in the National Defense Authorization Act (NDAA) that says the Pentagon must provide a series of reports on the status of the S-400 deal and provide assurances that it's been nixed before Turkey can take delivery of F-35 fighter jets.

“DoD [Department of Defense] can provide this report if it wants the planes to go,” a well-informed US source speaking on condition of strict anonymity told Al-Monitor. “If it doesn’t, it can sit on it and blame Congress for the lack of delivery. The decision has been taken out of POTUS’ [president of the United States’] direct hands.” Another tougher provision in a draft appropriations bill spearheaded by Sen. Chris Van Hollen, a Democrat from Maryland, “makes it impossible for Turkey to have the F-35 planes delivered if they are still dabbling with the S-400s and bilateral issues are still the way they are,” the source noted. The amendment has “real teeth” because it empowers Congress to freeze financing for the F-35 jets that comes out of the Pentagon and the State Department. The president could decide not to sign the spending bill. However, “I doubt he’s going to shut down the US government for the Turks, but the bill is not law — it sequentially comes after NDAA — so there’s time to change the appropriations if the Turks give reason to,” the source said.

But if anything, US pressure now coming loudly and publicly from the very top may have the reverse effect. Erdogan said Turkey might resort to international arbitration if the F-35 delivery is blocked. Meanwhile, as things currently stand, it seems less likely that Brunson will be permitted to return home, at least not before his fourth courtroom hearing on Oct. 12.

In an ominous sign, far-right nationalist leader and a key Erdogan ally Devlet Bahceli has waded into the debate. He fumed in a series of tweets that Turkey would not “bow to blackmail” and suggested that Turkey might consider freeing Brunson only if the United States were to provide Fethullah Gulen, the Pennsylvania-based preacher who is accused of orchestrating the failed July 2016 coup, in exchange. Even mainstream pro-government columnists are now suggesting that Brunson is not the blameless political hostage the United States paints him to be. Nagehan Alci went as far as to claim in Haberturk, “A dark hand from the United States may want to kill Brunson” in order to deepen the impasse in relations and to be able to say, “Look this is how deep anti-Americanism in Turkey has sunk.”

Just what prompted Trump’s outburst is a matter of frenzied debate. Until that moment, the US president was widely perceived in Turkish eyes as Erdogan's biggest ally in Washington. Ankara blames Pence, according to pro-government news reports. With an eye on midterm elections and the GOP’s evangelist base, the vice president stirred the hornet's nest for political gain and Trump spontaneously jumped on the bandwagon with his tweet. Otherwise, negotiations with the Americans were proceeding nicely, the Turkish narrative goes, with a deal that would have allowed Brunson’s extradition in exchange for Mehmet Hakan Atilla, a senior executive for Turkey’s state-owned HalkBank. But well-informed sources speaking on condition of strict anonymity told Al-Monitor that this story was a “simplified version” of the negotiations. Bargaining down a multibillion-dollar fine on HalkBank from the US Treasury was likely on the table and of greater urgency, among a host of other Turkish asks.

Atilla was sentenced by a New York federal court in May for his role in evading US sanctions on Iran. But Adam Klasfeld, a reporter for Courthouse News who became a celebrity in Turkey with his tweets about the Atilla trial, cast doubt over those claims via Twitter.

He noted that Atilla, who had been convicted on massive money-laundering charges, would not have been eligible for transfer under the Department of Justice’s prisoner-exchange program because he has a pending appeal and prosecutors have a pending cross-appeal. In any case, “that sort of swap would have been politically off the charts, even for the Trump White House,” Klasfeld argued. Might the administration have promised to send Atilla home, in the full knowledge that it couldn’t deliver, in a cynical bid to secure Brunson’s immediate release? And might Ankara, having realized this, decided to hold onto Brunson? It’s impossible to know. But according to one of the sources familiar with the substance of US-Turkish negotiations, the US government “confuses the Turks." The source told Al-Monitor. "They tell them what they want to hear and they think the Turks will be thankful. Instead, the Turkish government doesn’t understand what’s going on and takes all this as an opening to push harder.”

The Brunson affair took a further bizarre turn when The Washington Post, quoting White House officials, reported that the prisoner swap in question involved Ebru Ozkan, a Turkish national who had been arrested in Israel on charges of secretly funneling money to Hamas. Ozkan was freed pending trial and allowed to fly back home on July 16. Trump secured her release after a July 14 telephone call to Israeli Prime Minister Benjamin Netanyahu, the Post reported. Erdogan confirmed that Turkey had sought Washington’s help in the matter but that it had no connection to Brunson. A well-informed Israeli source contacted by Al-Monitor confirmed that Ozkan had been freed at Trump’s request. Had Israel gotten anything in exchange? “Zero. But when Trump asks …” the source responded. Either way, the source said, Ozkan would have been released “very soon,” but declined to elaborate.

Eric Edelman, a former US ambassador to Turkey, told Al-Monitor, “The fact that POTUS thought he could wrangle a bank shot via Israel is a bit disappointing.” Edelman argued that if Trump believed that he had “mastered the art of the international deal” and could “size up" interlocutors like Erdogan, leading to “a harder-edged approach" with Turkey, that would be "salutary.”

More likely, Edelman concluded, “I suspect the bureaucratic instinct that the US-Turkey relationship is ‘too big to fail’ and that the US must appease Erdogan in order to do business with Turkey will likely reassert itself.”