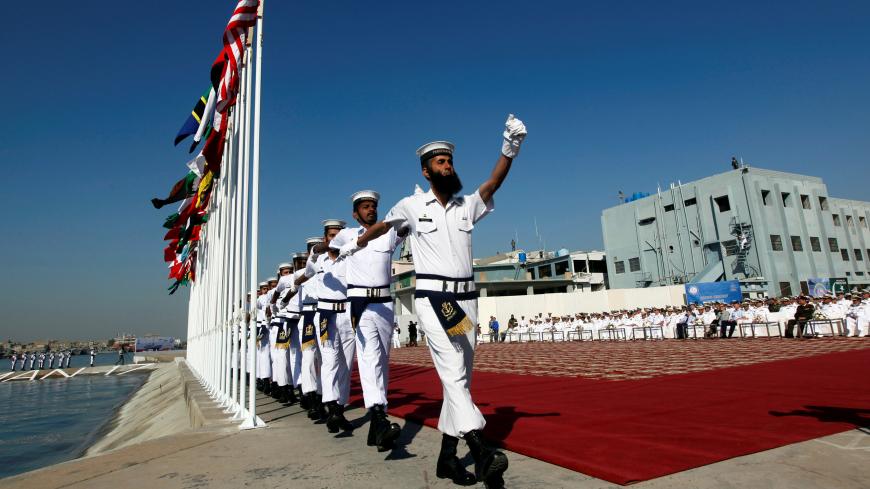 Turkey recently logged a critical achievement by winning a bid to supply the Pakistani navy with four warships. The deal will be Turkey's first for corvettes and the "largest single export [deal] in the history of the Turkish defense industry,” Defense Minister Nurettin Canikli announced July 5.

Canikli said Turkey and Pakistan decided two of the corvettes will be built in the Istanbul Shipyard and the other two in Pakistan’s Karachi. Negotiations had been underway for six months.

The four ships will be Ada-class corvettes, which are 99.5 meters (some 326 feet) in length and were designed by the Turkish navy under the MILGEM (National Ship) project to carry out missions such as surface warfare, anti-submarine warfare, air defense, surveillance and reconnaissance, command-control and asymmetric defense warfare missions.

Turkey's defense industry has been selling smaller naval vessels for several years. Patrol boats produced by Yonca-Onuk Shipyards have been in use for years in Georgia, Egypt, Malaysia, Indonesia and Qatar. Dearsan Shipyard also sold 10 Tuzla-class patrol boats to Turkmenistan. But Turkey had not succeeded in selling the more substantive MILGEM-class boats until now. Middle East countries typically have preferred French, Italian and US shipyards.

Pakistan’s choice of MILGEM is no surprise. Pakistani and Turkish defense industry cooperation has made major strides during the past few years. The first significant step was the contract awarded to Turkey’s STM company to modernize French-made Agosta 90B submarines in use by the Pakistani navy. STM also built a logistics support vessel for the Pakistani navy. Moreover, in May, Turkey signed a deal to sell Pakistan 30 T129 assault helicopters, which Morocco also wants to purchase.

A Turkish naval expert who did not want his name to be cited told Al-Monitor that the most significant aspect of the Pakistani deal is the Turkish defense industry's entry into a major market. “Turkey may not make as much profit as a Western producer, but it has crossed a psychological threshold after selling smaller craft and patrol boats until now. We don’t yet know what these corvettes will be equipped with, but we know that Pakistan is trying to develop its own defense industry,” he said.

Financial aspects of the Pakistani deal aren't yet known. Turkish media are quoting varying figures, but an outlay between $1.2 billion and $1.5 billion is expected.

“For such major military contracts, it's not enough for you to have good product and a willing buyer," naval expert and editor of the Bosphorus Naval News website Devrim Yaylali told Al-Monitor. "Sometimes it may be necessary for you to extend financial support to the buyer, which means you need a robust economy and comprehension of international credit intricacies, Turkey appears to be on the right path. Turkey’s best gain could be to succeed in implementing complex financial arrangements."

He added, "Designing, producing and putting into service MILGEM-class ships is much different than [for] a regular warship. Normally civilian shipyards design the warships and sell them to navies. But MILGEM was designed, produced and is being used by a single entity, the Turkish navy. Although this process has simplified and speeded up progress with the MILGEM project, it has also created some problems."

For example, he said, "Who owns the MILGEM project? The Gowind class is designed, produced, marketed and sold by France's Naval Group company. Also, MEKO-class ships are designed, produced and marketed by Germany's TKMS [ThyssenKrupp Marine Systems]. If a foreign country wants to buy a MILGEM vessel, whom will it approach? With the accord signed with Pakistan, at least there is now an answer of sorts: Turkey's [state-controlled] ASFAT AS. It's a positive development for a company with its own shipyards to be designated as the seller of MILGEM."

Meanwhile, Turkey needs to expand its production capacity for military-class vessels. The first two vessels will be built at Istanbul Shipyards. Yaylali said that shipyard has one production line, one slipway, which is now building TCG Istanbul. The deal signed with Pakistan doesn’t say anything about the delivery date of these corvettes.

Defense analyst Arda Mevlutoglu believes exports will play an essential role in ensuring the sustainability of Turkey's defense industry and alleviating the country's chronic economic problems. To succeed, Turkey must not only develop and make various platforms and complex electronic warfare and command-control systems, it must produce them to meet end-user requirements.

"MILGEM is the Turkish defense industry’s most important project [and] will be a turning point,” Mevlutoglu said.

He thinks that with the MILGEM exports, Turkey’s defense industry has crossed a critical threshold. Entering the first MILGEM-class Heybeliada into service in 2008 was a threshold for the self-sufficiency of the Turkish navy. Now, exporting to Pakistan shows that this sector has achieved the maturity to promote complex platforms to world markets, he said.

But Mevlutoglu drew attention to Turkey's dependence on critical foreign subsystems. “Major components of MILGEM — above all its engine — are acquired from the US and Europe. Production for the Turkish market and the export market depends on relations with manufacturers of these systems. That is why rapid production of these critical subsystems locally is a must.”

Finally, one vessel of this project will be designed and produced in Pakistan with Turkey’s support. This know-how transfer is a major asset in Turkey’s hands as it tries to penetrate the South American market with its MILGEM class. Publicly available sources say there are already discussions with Colombia and Brazil for MILGEM corvettes using Pakistan models and know-how transfer.