Turkey's beleaguered press corps is now facing threats from the Turkish mafia, and the staff of a mildly oppositionist newspaper is under police protection. 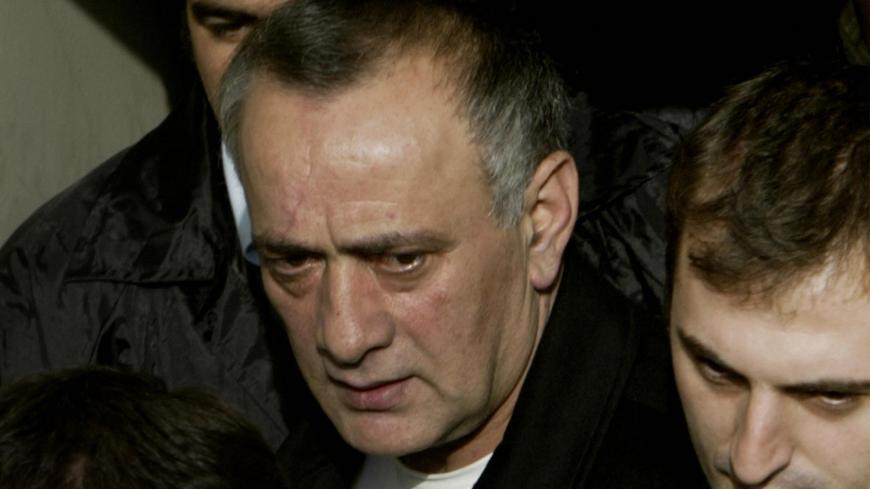 Government pressure on Turkish journalists is nothing new. But now the country’s beleaguered press corps is faced with an altogether new threat: the Turkish mafia. Six journalists and the owner of Karar, a mildly oppositionist newspaper, were placed under police protection after a notorious organized crime boss, Alaattin Cakici, called on his men to “punish them,” which in mafia speak is code for murder.

Cakici, who is in prison serving a 19-year sentence for ordering the 1995 execution of his ex-wife, made the call on Twitter. Cakici wrote, “Wherever they are spotted they will be definitely punished. … This is my appeal to those who love me.” Prosecutors have opened an investigation, but an undeterred Cakici took his campaign to another level today, claiming that “certain” Karar writers were acting in cahoots with the “liberal” and “pro-NATO” Interior Minister Suleyman Soylu.

Cakici charged that Soylu and Karar were seeking to undermine the Turkish energy minister, Erdogan’s son-in-law Berat Albayrak. Cakici did not elaborate, noting merely that “problems” between Soylu and Albayrak were well-known. “Should the insults continue, I will take action,” Cakici warned. The power struggle Cakici was alluding to pits Albayrak against those thought to be loyal to ousted prime minister and former Erdogan ally Ahmet Davutoglu. They include several Karar columnists who featured on Cakici’s hit list.

Karar reporters said the mood at the newspaper remained “grim” and “nervous.” Some staff members demanded their desks be moved away from the windows because they felt exposed. “Above all, there is anger and dismay over the fact that the authorities are allowing the threats to continue,” a Karar source told Al-Monitor on condition that he not be identified by name. The source said they were heartened, however, that the chief prosecutor of Kirikkale province, where Cakici is being held, was reassigned to Ankara today, presumably over his handling of the Cakici affair. Readers and others continued to flock to the newspaper in a show of solidarity. Soylu is the only government official known to have contacted the newspaper to offer support.

The government's limp response has spurred further speculation that Erdogan has fallen hostage to his nationalist base. Others say he may not care that his critics, no matter how mild, are being shown the stick.

The row between Cakici and Karar erupted when Erdogan rebuffed demands from his far-right nationalist ally Devlet Bahceli to grant amnesty for a specific category of prisoners that would include Cakici. “How just is it to allow our brothers … like Cakici … to rot?” Bahceli asked.

Last week Cakici reacted angrily to Erdogan, insisting he was not seeking amnesty nor any other favors from him. “You are not the master of the state … get that into the inner recesses of your brain,” he growled in yet another of his posts. Erdogan, who rarely lets a slight go unpunished, did not react. It fell upon Karar, whose stable of writers are former Erdogan supporters and include his former press secretary, to rise to his defense. “Brazen words,” Karar declared in its headline last week.

Bahceli, who leads the Nationalist Movement Party (MHP), is expected to become vice president in the new Cabinet that will likely be unveiled next week. The septuagenarian made waves when he visited Cakici in late May in the hospital where the crime boss continues to be treated for a wide range of ailments. A day after the June 24 elections, he published the names of more than 50 journalists, including two Karar columnists and a top Erdogan protege from the pro-government Sabah, “thanking” them for their “countless calumnies” against his party. The move sparked outrage, with rights groups accusing Bahceli of openly targeting the press.

Might Bahceli’s actions have inspired Cakici to “out” his own set of betes noires? A native of the Black Sea port city of Trabzon, Cakici is revered in ultranationalist MHP and “Gray Wolf” circles as a hero for off-the-books operations against Kurdish and Armenian militants that he allegedly conducted on behalf of the Turkish state. “Yes, he is a criminal, but he is also a hero,” a former MHP lawmaker told Al-Monitor on condition of anonymity. “It's complicated.”

Today Karar columnist Mustafa Karaalioglu signaled in an unusually somber piece that his team would not bow to threats, writing, “Evil is spread through fear. Evil is amplified by fear. In order for fear to not take hold of our lives, it's time we faced up to it.”