As stability returns to Afrin, locals are flocking back to the area's peaceful nature and archaeological attractions faster than the tourist industry can reopen to benefit from renewed tourism. 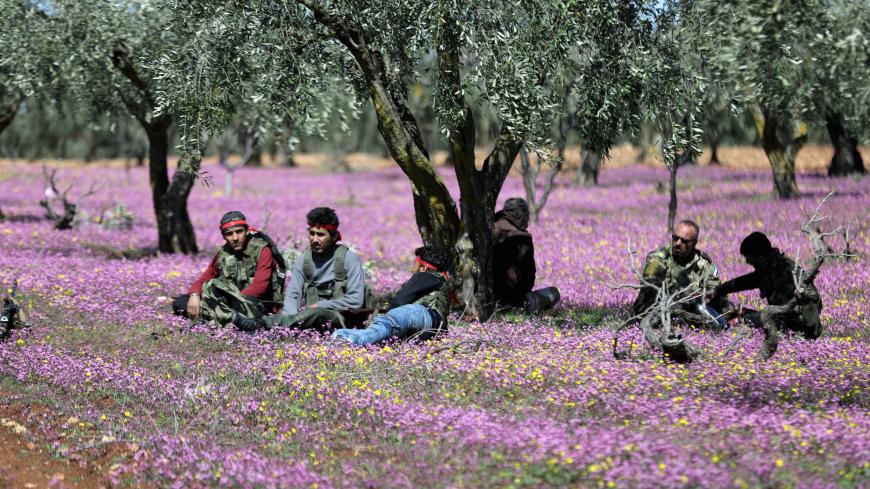 ALEPPO, Syria — The Afrin area of Aleppo's northwestern countryside has long been known for its beautiful landscape, and is tentatively reclaiming its role as the region’s favorite touristic spot now that there is relative security.

Domestic tourism around Afrin had stopped in the months before and during the fighting between the Free Syrian Army (FSA) and the Turkish army against the Kurdish People’s Protection Units (YPG). The area regained relative stability after it came under the control of the FSA and the Turkish military following Operation Olive Branch. In the last three months, things have been gradually returning to normal, including in the recreational areas that Aleppans traditionally visit during the summer.

Along with its lakes and mild climate, the Afrin area boasts a number of archaeological sites such as al-Nabi Houri, an ancient city near the picturesque Maydanki Lake and the Church of Saint Simeon Stylites. Before the unrest, Syrian families drove to the region to relax by its lakes, enjoy a barbecue in the orchards or have a simple meal in the open-air restaurants. Today, very few of these places are open, but the day visitors and domestic tourists who could not visit the region due to the YPG's tight control over visitors and passers are returning.

Maydanki Lake used to be a popular picnic site northeast of city. Today, only two of the 10 cafes and restaurants around the lake are open, but that does not stop people who come to picnic or swim.

Mohammad Shasho told Al-Monitor as he fished with his family, “Cafes and restaurants will start operating again at this beautiful site when the Afrin area is properly secured and a significant portion of the owners of those facilities return and reopen their business. All we can do is wait.”

Ein Dara, a village just a few miles outside of Afrin city, is surrounded by beautiful plains and has a spring that flows into Afrin River, which passes through its west. Several families were gathered around the spring, some cooking while others sipped tea in the orchards.

Visitor Mohammad Hassano told Al-Monitor, “Due to the limited tourist facilities, we have to prepare our own picnic food at home or we bring some meat and grill it here. My family and I visit Ein Dara village and sit by the spring water in the afternoon. We do this about twice a month.”

He went on, “Many residents come here to Ein Dara village. Many come from nearby cities and towns in the Aleppo countryside.” Among the visitors are Syrians displaced from eastern Ghouta and elsewhere.

Abdou Nabhan, the vice president of Afrin's local council, extolled for Al-Monitor the virtues of the many beautiful sites around Afrin like "Al-Basouta village, a picturesque location where there are apple, cherry and apricot trees." There's also "Kafr Jana, located to the east of Afrin, where you can find cafes and restaurants. Some of those facilities have reopened for customers and visitors. The council encourages owners to open their doors again so they can provide services for the people who come here to spend their vacations.”

He went on, “Afrin’s popularity is on the rise as more and more Aleppo countryside residents come here to spend their time at natural parks and by the rivers. We believe that the need for security is mounting as more people are visiting and gathering in Afrin, which is why we coordinate with the police and general security forces to maintain security in the area and encourage more people to frequent parks and tourist sites in Afrin.”

The director of police and general security in Afrin, Capt. Yasser, told Al-Monitor, “We are making great efforts to protect the public and tourist facilities and parks in the area. We are trying to provide security and safety in the area by running constant patrols at tourist places to prevent theft or assaults on visitors. We also have checkpoints scattered across the public roads that lead to the tourist sites from Afrin city.” The checkpoints were created to stop the gangs who once blocked roads and robbed people in Afrin.

Yasser noted, “Visitors come here from the various opposition-held areas in north Syria, from the Aleppo countryside, and we are striving to secure those areas and other gathering points so residents can enjoy a pleasant summer vacation, especially considering that these areas are the only retreats available to them.”