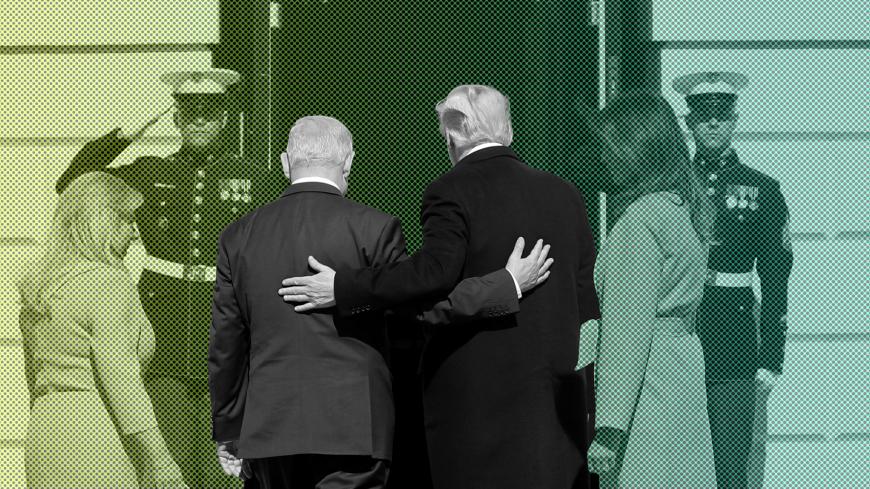 For many years, under Israeli leaders from both left and right and American presidents from both the Democratic and Republican parties, Israelis were told they could not have their cake and eat it too: They could not keep millions of people under military occupation and still retain the decades-old special relationship with the United States. Israelis were convinced that the price of American support was concessions to the Arab side. But ever since President Barack Obama turned out to be a toothless orator, and even more so since Donald Trump took office, Israelis are realizing that they can have their cake and eat it too. They are not even required to throw the Arabs a few crumbs.

Fear of President Jimmy Carter’s long arm was a decisive factor in the decision by Prime Minister Menachem Begin’s government to withdraw from the Sinai Peninsula as part of the 1979 Israeli peace treaty with Egypt. The refusal by President George H.W. Bush to accept Israeli settlement policy and his willingness to impose economic sanctions on Israel paved the way for the Likud Party’s defeat in the 1992 elections and the following year’s historic signing by Prime Minister Yitzhak Rabin of the Oslo Accord with the Palestinians. It was only under heavy pressure by President Bill Clinton that Prime Minister Benjamin Netanyahu signed the 1997 Hebron protocol on troop redeployments in the West Bank with the Palestinians. Prime Minister Ariel Sharon’s decision to withdraw all Israeli troops and settlements from the Gaza Strip in 2005 stemmed from his desire to avoid clashing with President George W. Bush over his 2003 road map for a two-state resolution of the Israeli-Palestinian conflict. Netanyahu would not have uttered the words “we are ready to agree to a real peace agreement, a demilitarized Palestinian state side by side with the Jewish state” in his landmark June 2009 Bar-Ilan speech had he not feared President Obama, who had pledged in Cairo just a few days earlier to push ahead with the establishment of such a state.

Trump, on the other hand, moved the US Embassy in Israel to Jerusalem in May 2018 without Israeli recompense. The opposite is true. The president repeatedly ignores new housing construction for Jews in the West Bank and the razing of Palestinian homes there, even blaming the Palestinians for undermining peace prospects.

The most recent Peace Index indicates that most Jewish Israelis buy into the approach that blames the other side. Some 58% of those polled in the last week of June believe the Palestinians refuse to meet with Trump’s envoys because they are not interested in reaching a peace agreement with Israel. The finger of blame is not only being pointed from the right wing of the political arena — some 51% of Israelis who define themselves as centrists prefer the explanation that the Palestinian refusal stems from their lack of interest in peace. They, too, reject the Palestinian explanation that Trump’s pro-Israel bias makes him unfit to serve as an honest broker. Paradoxically, most Jewish Israelis agree that Trump’s approach to the conflict is not balanced. No more than 30% of the Jews surveyed believe that Trump cares about Palestinian interests to some extent. On the other hand, 74% estimate that Israel’s interests are important or very important to him.

Nonetheless, most Israelis reject the explanation that the Palestinian refusal to cooperate with Trump’s team stems from his administration’s pro-Israel leanings. They are far more comfortable embracing the recurring version that says there is no Palestinian partner for negotiations. This allows them to both rule the Palestinians and to regard themselves as victims of the Palestinians' refusal. That is why, even before Trump’s long-promised “ultimate deal” for Israeli-Palestinian peace has been unveiled, 71% of Jewish Israelis assess its prospects of success as low to very low, and in any case already blame the Palestinian side.

The only issue on which the government is given a failing grade is the continuing clash with the Palestinians along the Gaza Strip border. This, as opposed to the high marks Israeli Jews give to the way the army is handling this confrontation. A very large majority, including 43% of those identifying themselves as politically left wing, would like the government to authorize direct targeting of Palestinians who have been launching burning kites and balloons into Israel and causing widespread fires and damage for over two months. The Israeli public has good reason to believe the Trump administration would dismiss such strikes against Palestinian civilians seeking to protest against Israel’s prolonged siege of Gaza and would even justify tightening the blockade. The most obvious move by Congress in this regard in recent months was a cut in American aid to the Palestinian Authority to punish it for funding the families of Palestinians jailed in Israel.

Regarding the conflict with the Palestinians, the right has no reason to fear a loss of support to the left over the prolonged stalemate in negotiations and the government’s settlement policy, and not even over a crisis in relations with the United States. The refusal by Palestinian President Mahmoud Abbas to meet with President Trump’s emissaries last month has freed the Israelis of the need to choose between support for a US peace plan and the risk of a crisis in ties with their great friend. They don’t care if the Palestinian refusal stems from reluctance to forge peace with the Israelis or from loss of trust in the American broker, as long as the US president and Congress are on their side.

Like his White House predecessors, Trump is committed to what is known as the “special relationship” with Israel. However, unlike Trump, past presidents managed to retain their status and image as honest brokers, even if their efforts did not always yield juicy fruit. The erosion of the balance between its bilateral ties with Israel and its standing as the only mediator in the conflict means the American carrots and sticks are no longer relevant in the Israeli-Palestinian conflict arena. To restore the balance to its previous equilibrium, the Trump administration must remind Israelis that they cannot keep gorging themselves on cakes and believe the pastries will remain whole forever.